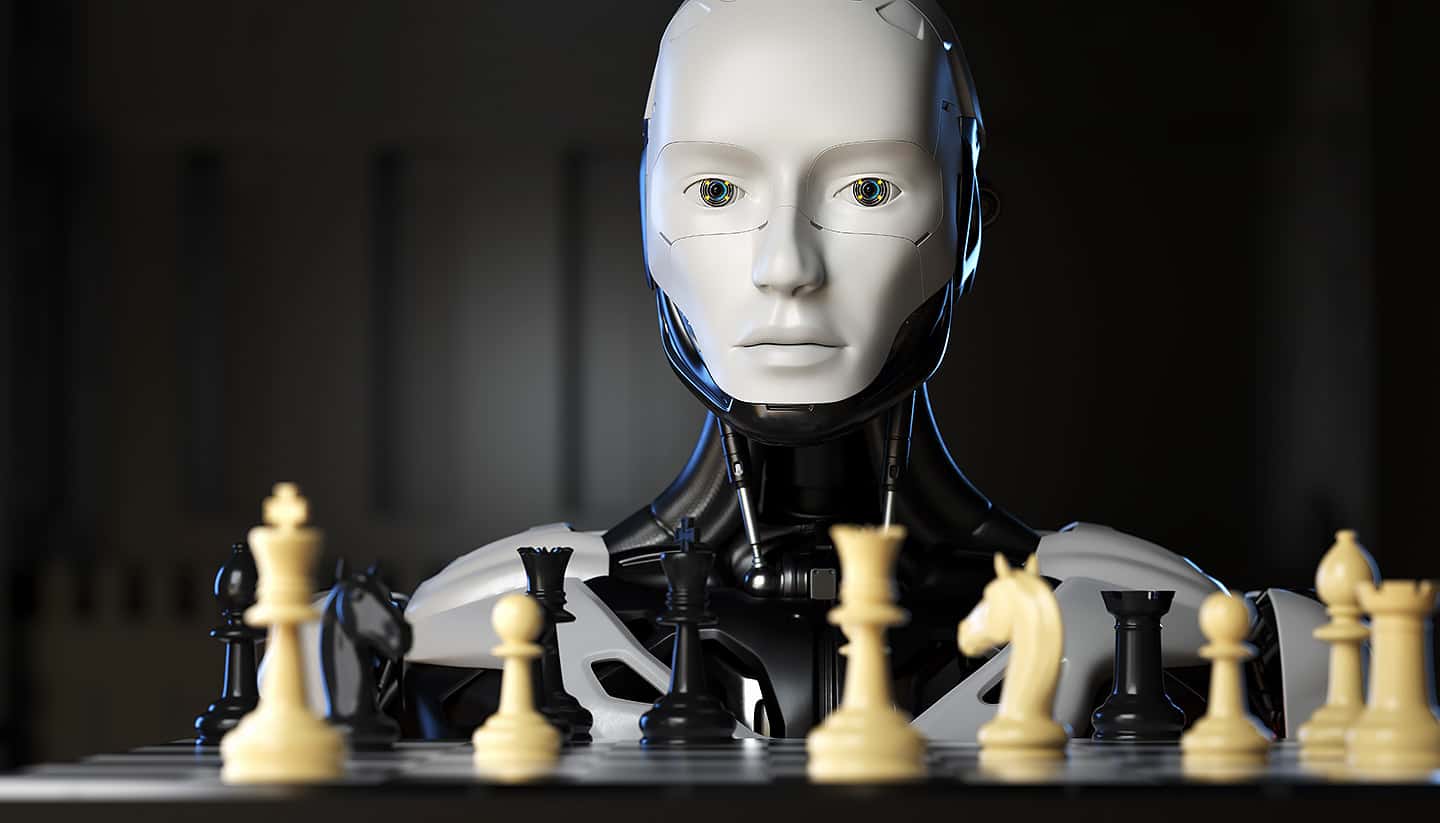 Since IBM's Deep Blue defeated World Chess Champion Garry Kasparov in their 1997 match, chess engines have only increased dramatically in strength and understanding. Today, the best chess engines are an almost incomprehensible 1,000 Elo points stronger than Deep Blue was at that time.

A quick Google search for terms such as "Magnus Carlsen versus Stockfish" turns up numerous threads asking if humans can compete against today's top chess engines. The broad consensus seems to be that the very best humans might secure a few draws with the white pieces, but in general, they would lose the vast majority of games and would have no hope of winning any games. I see no reason to disagree with this consensus.

Despite the clear superiority of engines, there ARE positions which chess engines don't (and possibly can't) understand that are quite comprehensible for human players. Typically these positions showcase the human ability to think creatively and formulate plans and understand long-term factors in the position.

An example is this position by Nobel Prize winner Roger Penrose, brother to GM Jonathan Penrose. Humans will easily see that White can do nothing, and Black will have no plausible attempts to win, but chess engines will assert that Black is easily winning due to the numerous extra black pieces on the board.

While instructive and useful for demonstrating human understanding, the Penrose position doesn't fully demonstrate the incredible human capacity for creativity and rejection of the "rules."

A good example of human exploitation of the engine's failings is GM Hikaru Nakamura's defeat of Rybka in the following three-minute blitz game from the Internet Chess Club. Nakamura cleverly locks the position so that progress is impossible for Rybka, then he offers two exchange sacrifices to the engine. With the position locked, the engine's rooks have no value, but the engine thinks it has a winning material advantage. With a draw by the 50-move rule approaching, the engine sacrifices a pawn to avoid a draw, but this proves a huge mistake as Nakamura is then able to win the game, an incredible achievement!

Many of the following positions are included in one or both of the "IQ Test" [thread, Chess.com library collection] and "The Hard TalkChess 2020 Test" [thread, Chess.com library collection] from talkchess.com, one of the most popular computer chess forums. Where available studies are sourced from Van der Heijden's Endgame Study Database, the most complete and well-referenced set of studies.

Note: Some engines are better than others at evaluating these positions. You will get different results with Stockfish 13, Leela Chess Zero, and other engines at different depths. What may be challenging for an older engine or a certain type of engine may be less so for another. For the purposes of this article, if a strong human can grasp the key idea quickly, but a chess engine must strive to reach a great depth, we will consider the human's understanding superior in these specialized cases.

We've already seen in the Penrose puzzle and in Nakamura vs. Rybka that chess engines often don't understand closed positions well. In the following famous positional sacrifice/swindle, GM Laszlo Hazai offered his queen as a luscious bait, and GM Arshak Petrosian naively took the bait. Petrosian has received some criticism in chess literature for his haste, but your chess engine will be just as happy to take the queen!

This example demonstrates a common failing of chess engines: greed. Computers LOVE to have material in hand, and while modern neural network engines like AlphaZero are less materialistic than their traditional brute-force brethren, they still struggle with appreciating positions in which extra material is ineffectual. The following two puzzles from the IQ test ask you to find clever ways to exploit a closed position to hold the game. Don't ask your engine for help! It can't.

"I don't believe in fortresses." - @MagnusCarlsen

Is Carlsen's comment from the press conference of the 2016 World Chess Championship an indication that he truly is a human chess engine? Engines also struggle to understand fortresses. As with completely closed positions, some fortresses simply cannot be breached no matter how much time one has to bring material to bear. Here are some beautiful and challenging studies that illustrate creative fortress ideas.

The flip side of failing to appreciate the inability to make progress in some closed positions and fortresses is that positions in which progress CAN be made may also defy engine comprehension. In timely situations in which material must be surrendered to ensure progress or invasion, engines may not sense the urgency of the moment.

GM Alexei Shirov's following endgame breakthrough has been called the "Greatest Chess Move Of All Time." Today, almost any titled human player will immediately recognize the position and move, but chess engines will remain baffled.

Here's another great endgame example from World Champion Boris Spassky where White cannot make slow progress. It's time to break through, and now, before Black places the king on c7, and White can no longer achieve the winning Be1-Ba5 maneuver.

One of the finest examples in human play comes from the great GM David Bronstein. If White plays Bc2, there is no more progress to be made, but...

Just as humans struggle to find their purpose in life, chess engines may struggle to find purpose and meaning in chess moves. Consider the following position in which White is up oodles of material. At first glance, White may seem to lack a breakthrough as in the prior examples, but it turns out there is ONE winning idea.

In a similar fashion, engines can struggle to appreciate lengthy maneuvering ideas. Here is an example where many engines just shuffle, but by encroaching, White can eventually win material and the game!

In the following position, a lengthy king maneuver and clever knight play are needed to win.

Prophylaxis, the prevention of an opponent's ideas, is one of the most difficult things in chess. It's no surprise then that engines may also struggle with this concept. Prophylaxis is naturally most difficult when the opponent's ideas are well-hidden. In the following position, Black has a dangerous idea to play ...Ra2 and win the b2-pawn. White has one clever defense that requires anticipating the strength of ...Ra2.

Chess engines calculate incredibly deeply, but there is a limit to their remarkable vision. In some cases, critical points are beyond the engine's ability to calculate. In fact, there are two quite famous examples from the most elite possible matches.

The first example comes from the already mentioned Kasparov vs. Deep Blue match in 1997. Under pressure, Kasparov conceded the game, resigning early, but it later turned out that both Kasparov and Deep Blue had missed 45...Qe3!! which drops the bishop but amazingly secures a perpetual check.

Seven years later, humans were no longer using chess engines as opponents, but they were starting to rely on them more and more in their opening preparation. Playing GM Peter Leko, GM Vladimir Kramnik relied a bit too much on the engine in his Marshall Gambit preparation. The engine initially told Kramnik he was winning, but Leko let his engine calculate more deeply and realized that his mating attack would triumph over Kramnik's passed pawn.

Today's engines immediately spit out the correct evaluation of both Deep Blue vs. Kasparov and Kramnik vs. Leko, but there are still positions featuring checkmates and other details that may be beyond their horizon. Most chess engines will struggle with the following beautiful mating pattern in which Black has many delaying moves to calculate, but a human can clearly see they will not help.

Both chess beginners and elite chess engines are challenged by the concept of zugzwang. Zugzwang is a German phrase often translated in chess contexts as "compulsion to move." Simple zugzwangs are typically easy to understand. A player is on move and has a position that would be fine if no move was required; however, chess does not permit a player to pass so a move must be made and the position will crumble.

More complex zugzwangs may take many, many moves to be apparent. Here is a great example in which one engine, Stoofvlees, sees the coming zugzwang after 21.h3!!, but Stockfish doesn't appreciate the problem in time and loses as a result.

GM Alexandra Kosteniuk recently presented her best chess move during the 2021 Candidates coverage, and she showed a pattern that is known to Russian chess lovers as the "mad piece," a piece that is trying desperately to force the opponent to capture it. Usually, capture results in stalemate. Here is her example.

Another great example occurred in a game between two chess engines. In a difficult spot, Shredder saw the coming escape, but Gull did not.

Here is another example from Tim Krabbe's blog, "Underpromotion In Games." This example seems to be from a real but ill-sourced game from the Soviet Union.

Related to its struggles to appreciate closed positions and fortresses, sometimes engines can't appreciate the struggles of trapped pieces. If the piece is soon to be captured, the engine will easily spot the challenge, but what if the piece cannot be captured but can also never be freed? That can be much harder for the engine to comprehend.

A practical example is Kramnik's burial of GM Nigel Short's bishop on b3 in the following positional masterpiece. The engine likes Black, but it doesn't immediately appreciate what Kramnik did—White is just lost.

How can White save the following position? Incredibly, there is a way!

Much like trapped pieces, pinned pieces can be hard for engines to get a handle on. It's easy to appreciate pins that quickly lead to material gain, but what happens if the pin isn't cashed in on, but instead the long-term immobility generated by the pin is exploited? Here is a nice example from GM Anish Giri. Can you see his winning idea here?

Your engine might be able to untangle Giri's clever winning idea, but it will probably have quite a hard time finding the path to a draw in the following position from GM Pal Benko in the IQ Test (position #16).

I hope these spectacular positions and ideas have enthralled you and inspired you to think creatively about many chess positions. Of course, chess engines today still have much more to teach us about chess than we have to teach them, however, there ARE positions that currently beyond them, and there are probably positions that will always be beyond both human and computer understanding.

It is worth noting that modern chess professionals are constantly testing the limits of engine understanding in the opening. Opening theory doesn't typically feature the kinds of unique positions shown above which radically challenge engine understandings, but top players are constantly working with engines to push the limits of understanding and come up with new ideas that their opponents may have missed. Here is an example of the kind of innovation that one engine may come up with and another may miss as early as move six.

The ideas in this article are what make chess worthwhile—the richness and depth of chess creativity! We are all of us, whether a novice, a grandmaster, or a chess engine, swimmers in a vast sea of complex ideas that can never be fully exhausted. 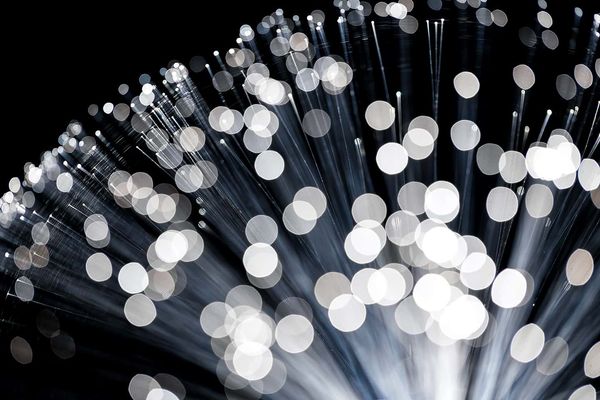