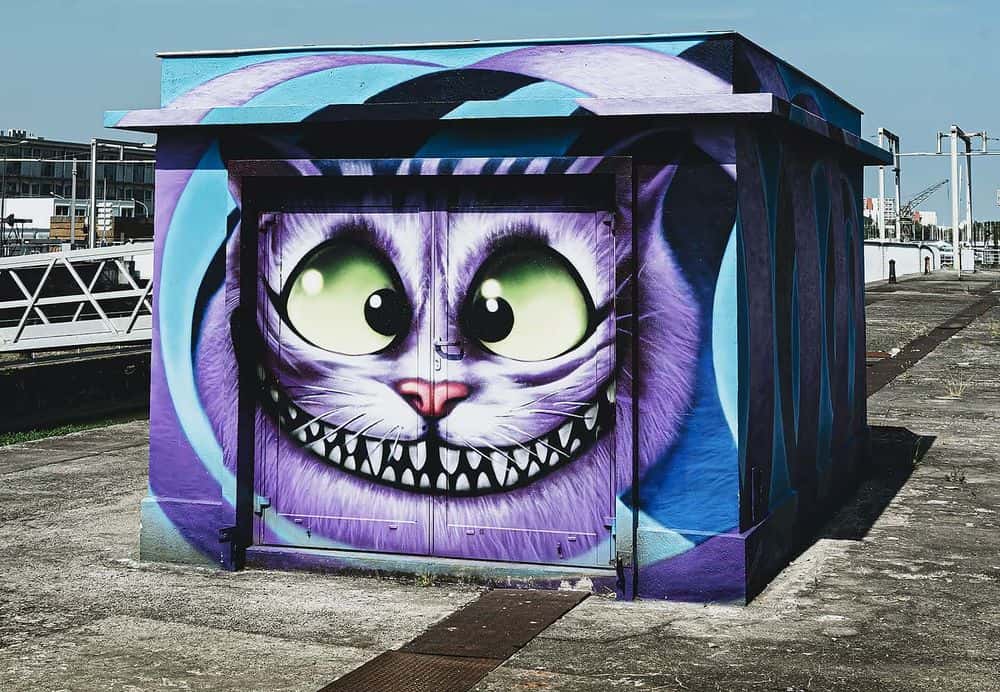 Reading the news has become like going to a freak show.  You never know what you are going to see each day, but it is almost certainly going to be nutty.

Some of the things that I am going to share with you in this article are weird, others are infuriating, but they all point to the same conclusion.  From the very top to the very bottom, America is going crazy.  And I mean that in the worst way possible.  We truly have become an “idiocracy”, and it seems like those that are the most incompetent of all are often rewarded by being elevated to the top of the food chain.  Meanwhile, those of us that still try to approach things rationally are increasingly being pushed to the fringes of society.

If you don’t understand the point that I am trying to make, hopefully things will become clearer by the time you complete this article.

#1 At a time when global food supplies are getting tighter and tighter, Joe Biden wants to pay farmers to not grow anything in order to fight climate change…

His Agriculture Department is far behind its goal for enrolling new land in one program that has that goal, with participation being the lowest it’s been in more than three decades.

Thankfully, relatively few farmers are grabbing the cash that Biden is offering, because prices for agricultural commodities have soared as global supplies have tightened.

So in a desperate attempt to get more farmers to sign up, the Biden administration has “more than doubled key incentive payments”…

Even though the USDA this summer more than doubled key incentive payments for the program that encourages farmers and ranchers to leave land idle, high commodity prices are keeping it more worthwhile for growers to raise crops.

On top of that, the plan, known as the Conservation Reserve Program, takes land out of production for only 10 to 15 years — so those acres could release carbon into the atmosphere if the land is planted again and thus cancel out its environmental benefit.

Considering where global trends are heading, paying farmers not to produce food is one of the stupidest things that our government could possibly be doing at this moment.

#2 We are now learning that the chaotic evacuation in Afghanistan could have been conducted much, much differently.  According to the Washington Post, the Taliban actually offered a deal to the Biden administration that would have allowed the U.S. to secure the entire city of Kabul…

“We have a problem,” Baradar said, according to the U.S. official. “We have two options to deal with it: You [the United States military] take responsibility for securing Kabul or you have to allow us to do it.”

Can you imagine how much more orderly the evacuation of Americans and allied Afghans could have gone if U.S. forces had actually secured all of Kabul?

Needless to say, ISIS forces would have likely never gotten close enough to bomb the airport.

But instead of accepting the opportunity to secure all of Kabul, U.S. officials decided to hand Kabul to the Taliban and crowd everyone that needed to be evacuated into the airport…

On the spot, an understanding was reached, according to two other U.S. officials: The United States could have the airport until Aug. 31. But the Taliban would control the city.

It is hard to believe that our officials could actually be this incompetent, but nobody will even be held accountable for this decision because we really do live in an “idiocracy”.

Several TikTok and YouTube accounts of such broken people, who refer to themselves as a “host” or “system” of multiple beings, have millions of online followers. They exhibit their various personalities for online notoriety in the guise of “educating” and “promoting awareness.”

One TikToker who says she has DID explains in a Q&A about her personalities, “I can’t force anyone [inside me] to come out but I can communicate very well within the system and ask someone to come out, but sometimes it’s very involuntary.”

Why in the world would “millions of online followers” want to watch these people manifest their various “personalities”?

And can’t most of those “followers” actually understand what is really going on with these people?

A judge has ordered a western Michigan couple to pay $30,441 to their son for getting rid of his pornography collection. U.S. District Judge Paul Maloney’s decision this week came eight months after David Werking, 43, won a lawsuit against his parents.

According to NBCDFW, He said they had no right to throw out his collection of films, magazines, and other items. Werking had lived at their Grand Haven home for 10 months after a divorce before moving to Muncie, Indiana. The judge followed the value set by an expert, MLive.com reported.

The value of the collection was “set by an expert”?

What kind of sick credentials does someone need to become “an expert” in that field?

#5 After denying a transgender student the ability to use a particular bathroom, a school board in Virginia has been forced to pay out over 1.3 million dollars…

A Virginia school board will pay more than $1.3 million to the American Civil Liberties Union after losing a court battle involving a transgender student who sued the school over its bathroom policy.

According to the Virginian-Pilot, the Gloucester County School Board on Thursday agreed to pay the ACLU the full amount of costs and fees associated with its representation of one of its former students, Gavin Grimm, marking the end of a lengthy six-year legal fight.

As word of this case spreads around, schools all over the nation will be deathly afraid to ever tell anyone what bathrooms they can or cannot use.

Nobody will want to be the next victim to get hit with a million dollar lawsuit, and it probably won’t be too long before the “boys” and “girls” signs on school bathrooms disappear entirely.

#6 When I was growing up, the American flag was proudly displayed in our classrooms and we said the Pledge of Allegiance every day.

But today the American flag is being taken down in classrooms all over America, and one public school teacher in California is urging her students to pledge allegiance to a new flag…

A Southern California public school teacher was caught admitting to encouraging her students to pledge allegiance to the LGBT pride flag as an alternative to the American flag, bragging of the indoctrination on her own TikTok account.

The teacher, identified as Kristin Pitzen of Newport Mesa School District in Orange County, recounts taking down the American flag, an then pointing to the LGBT flag as an alternative.

“We do have a flag in the class that you can pledge allegiance to,” said Pitzen when a student asked about the American flag that she had removed from the classroom “because of COVID.”

#7 In recent days, Joe Biden has been encouraging officials all over the country to impose extremely strict vaccine mandates.  Meanwhile, Vladimir Putin is insisting that “no one should be forced to get a jab”…

“Vaccination is the main weapon against the spread of the virus. Importantly, no one should be forced to get a jab. Pressure, where people may lose their jobs, is even less acceptable. People must be convinced of the need to get the vaccine,” he said.

When even Vladimir Putin is significantly less tyrannical than the guy that is running your country, you have got a major problem on your hands.

When I was growing up, people would risk everything to flee the Soviet Union so that they could experience true freedom in the western world.

Could we soon get to a point where Americans are actually fleeing to Russia so that they can “live free”?

It seems like such a bizarre question to ask, but this is how bad things have gotten in the United States.

We live in a society where up is now down, good is now bad, and lies are now truth.

Our nation has become a giant circus, and the crazies are running the show.  It will be entertaining to watch for a little while, but it won’t be too long before the entire thing comes crashing down on top of all of us.