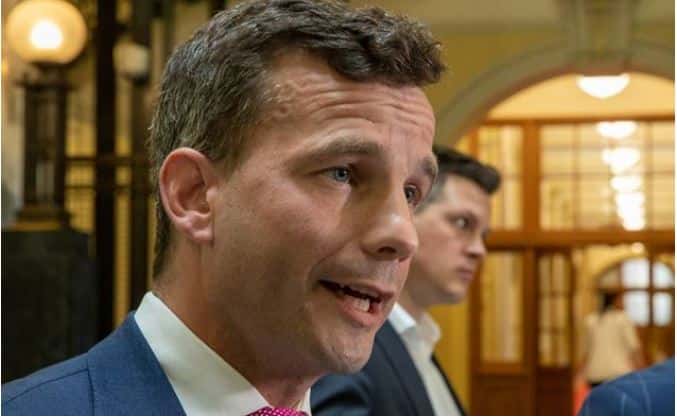 Act have support from the Green Party on a Parliamentary motion to vote on if the abuse of the Uighur minority in China amounts to genocide.

Act has requested Parliament debate whether human rights abuses in the Chinese region of Xinjiang amounted to genocide, and in turn calls on the Government to fulfil its obligations under international law.

The motion, filed by deputy leader and foreign affairs spokeswoman Brooke van Velden last week, needs the support of each MP in the House in order to be debated.

Greens foreign affairs spokeswoman Golriz Ghahraman said the caucus had decided to support the notice of motion to declare a genocide "in solidarity with the Uighur people".

"We have long been raising concerns about human rights abuses accruing in the Xianjiang Uighur Region.

"We are calling for meaningful action to raise this issue internationally."

The party also called on the Ministry of Foreign Affairs and Trade to release information about any trade details connected to slave labour within the Xianjiang province.

Labour and National were also both considering whether to support the motion at caucus.

"What will be discussed today is a response to a very particular issue of whether or not genocide should be declared."

There were international laws and requirements around the definition, she said, but any decision would not undermine their current position on human rights abuses which was "very strong" and the need to investigate what is happening independently.

The 1948 United Nations genocide convention defines genocide as acts "committed with intent to destroy, in whole or in part, a national, ethical, racial or religious group", which can take place in times of war or peace.

"The international community and New Zealand have been calling for unfettered access for individuals to go in and establish if that is indeed happening," Ardern said.

Minister for Trade and Export Growth Damien O'Connor acknowledged any declaration would have an impact on trade relations between the countries.

National leader Judith Collins also said the party needed to discuss the matter in caucus, while calling on the Government to provide MPs with all information it holds about the situation.

Asked if New Zealand should follow the lead of allies, including Britain, United States and Canada, who have all accused China of committing genocide, Collins said New Zealand was a "sovereign nation and we should make our own decisions".

Trade impacts would be the "elephant in the room" around any decision, she said.

"About 30 per cent [of trade] goes to China, it is the elephant in the room when we discuss issues like this."

Waikato University law professor Alexander Gillespie previously told the Herald while it was a good move to discuss the issue, he did not think politicians getting involved at this stage was the right way to address the situation.

It had risks for the Government politically both ways also, with a declaration likely to heavily impact dealings with China and invoke trade retaliation.

"Even Australia, which has received a lot of trade problems from China, has not walked into this space. If we went first, expect payback."

Meanwhile, a Labour block vote against it could be a "bad look" unless they have some alternative option.

"At a time of New Zealand is being accused of being too cuddly to China, it would look terrible.

"What you want is the UN experts to make such a determination - not politicians.

"Apart from the experts having much more credibility in the process, it also would depoliticise it."

If the UN experts continued to be denied, over a period of another six months of so, Gillespie said it could then be time for countries to make their own determinations.

A "midway point" would be to avoid a vote, but double down on the demands for UN expert access, and set a time limit.

Another option was offering a New Zealand-led team of independent experts to try to get to the bottom of it, he said.

China has responded strongly to and denied vehemently all allegations of genocide, saying it has been combating separatism and Islamist militancy in the region.

The Parliamentary motion is no certainty yet, as if a single MP objects, it will be defeated.

Van Velden said she would be seeking support from the Business Committee on Tuesday for it to be placed up the order paper to be raised in the House on Wednesday.

If all MPs agree to it being debated, each party will have the opportunity to speak, and the Speaker of the House will ask whether they support the motion.

If a majority vote in favour, the motion would become the position of the Parliament.