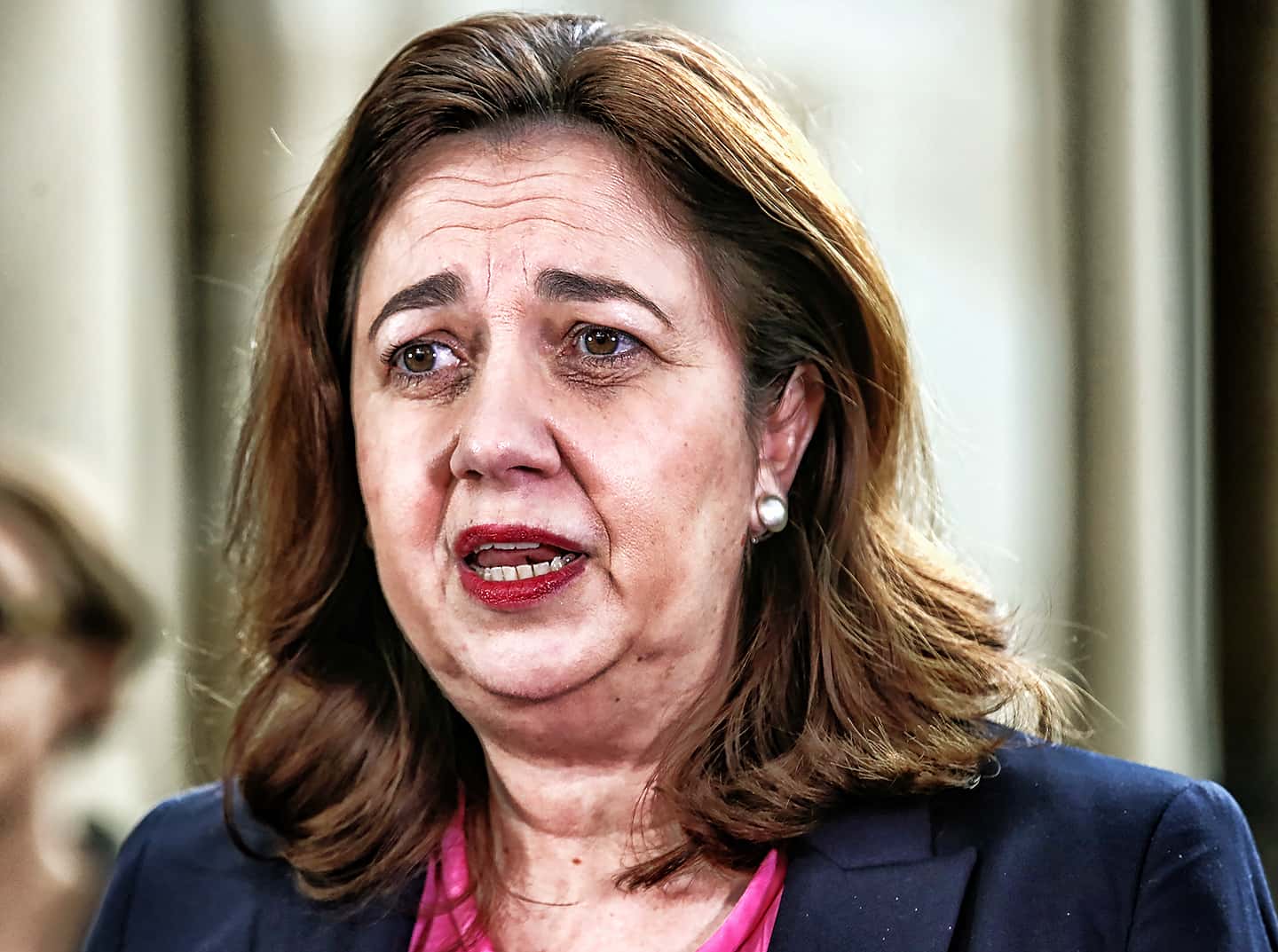 Despite the best wishes of radio broadcaster Alan Jones, The Queensland government has today vowed that they are gonna have to fucken build this dedicated quarantine facility in Toowoomba themselves.

Premier Annastacia Palaszczuk has officially pulled the trigger on the Wellcamp proposal, meeting with the Wagner family today to get the ball rolling on this job that the Prime Minister has been skirting since the first outbreak.

This news has outraged Liberal Party powerbrokers, including Alan Jones, who has obviously never been a big fan of the Wagners getting this gig ever since they sued the fuck out of him for defamation when he was shooting his jaw a couple years back.

“Someone’s gotta fucken do it” the Queensland Premier eloquently told the media in Toowoomba today.

“I know it literally says in the constitution that quarantine is a Federal Responsibility, but Scotty From Marketing seems a bit out of his depth here”

The construction firm owned by the Wagner family from Toowommba first submitted the plan to use its Wellcamp Airport as the landing point for some of the Australians stranded overseas in January, but their proposal was ignored because they are now stigmatised as the only men ballsy enough to stand up to Alan Jones, which means the Liberal Party can’t be seen associating with them.

But today, knowing full well this decision won’t land Labor one vote in the conservative Darling Downs, Annastacia has given the all clear to begin construction out the back of the Wellcamp Airport today, with 500 beds to be available by the end of the year and a total capacity of 1,000 by March next year.

“We can play politics all we want. But if none of Canberra politicians are politicking, then obviously nothing is achieved”

“Anyway… I’ve always said this. If ya want something done, ya gotta fucken do it yaself round ‘ere”

The Prime Minister made some powerful enemies in The Darling Downs last may for suggesting the city is too far away from the Queensland capital and lacked sufficient resources to host a quarantine hub that could bring thousands of jobs to the region.

Scotty slapped down the proposal for a quarantine facility at Wellcamp Airport, saying it was not “stacking up” because it was not near a ‘capital city with a major hospital’

But unfortunately for the PM and his merry gang of propagandists, today the Wagners have scratched up another win against the Southern Liberal elite, as construction begins.

John Wagner was asked for comment by The Betoota Advocate, but he knew we were stirring the pot and told us to either grab a shovel or fuck off.