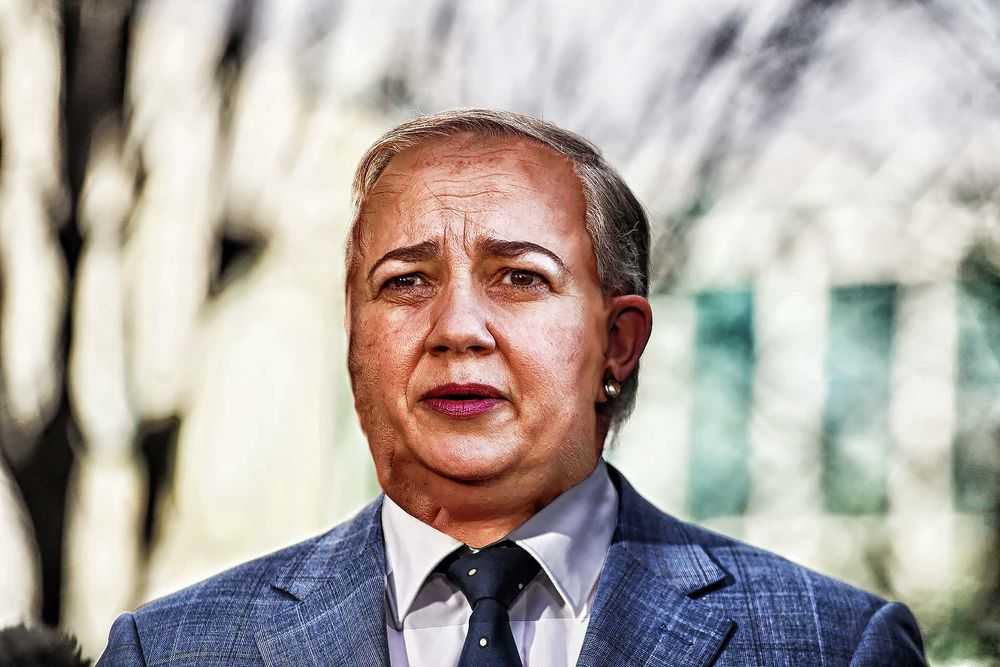 Anthony Albanese has said he aims to replicate Annastacia Palaszczuk’s government in Queensland should Labor win the next Federal Election.

Opposition Leader Anthony Albanese has foreshadowed what a federal Labor government would look like, pointing to Queensland Premier Annastacia Palaszczuk as his “template”.

Mr Albanese heaped praise on the Palaszczuk Government and its investment in local manufacturing projects as he addressed the media alongside the Premier and ahead of an expected election announcement in the coming days.

“I've been a friend of the Premier for a long period of time. I worked with the Premier of Queensland when we were both infrastructure ministers for our respective governments,” he said in Brisbane on Monday.

“But I have also seen what Premier Palaszczuk has presided over as a bit of a template for the way forward for federal Labor.

“And I will mention just one; making things here.”

Mr Albanese said there was a capacity to expand upon Queensland’s investment in local and regional manufacturing to a nation-wide model.

“You look at Maryborough, and you go through that wonderful regional town and how it has been revitalised by the upgrade by actually making trains here in Australia,” he continued.

“Imagine how strong that would be if that was a national approach? And here in Queensland as well.”

Mr Albanese’s comments come following a minor blow in the latest Newspoll which showed Labor’s lead over the Coalition had dwindled.

On a two-party-preferred basis, the government clawed back one point but is still trailing 54-46 while Scott Morrison returned as preferred Prime Minister after the two leaders drew level in previous surveys.

However, Queensland could be a major issue for Mr Albanese as he attempts to gain at least net-seven seats to govern in majority.

While only holding six of the available 30 electorates in the Sunshine State after an electoral blowout in 2019, Labor has already begun to target key electorates.

But polling for The Courier-Mail shows two marginal LNP-held seats – Longman and Flynn – could remain in the government’s hands as Labor has yet to make major inroads in Queensland.

A lack of wins in Queensland could make the electoral math more difficult for Labor to calculate and would force Mr Albanese to make major gains in Western Australia, Tasmania and Victoria, while holding off the government in NSW.

Mr Albanese again refused to comment about the state of the party in Queensland, telling reporters on Monday: “I will leave that to the commentators”.

There’s one seemingly small ‘bit’ in Labor’s election policy that should scare the hell out of Australia’s two million-or-so self-employed independent contractors.

Put simply, Albanese’s Labor intends to close us down.

‘Labor will extend the powers of the Fair Work Commission to include ‘employee-like’ forms of work…’ Labor intends to attack ‘…new forms of work such as gig work.’

It’s clear what this is about. The history is known. The ‘justification’ Labor uses is well documented. The motivation is clear and the self-interested parties to whom Albanese must kowtow are obvious.

What Albanese plans to do is invent new law that says that self-employed people are a ‘little bit’ an employee, like being ‘a little bit pregnant’. It’s complete nonsense. It defies common sense, but whoever said that politics is about common sense?

If introduced, such laws would attack, even smash, the incomes of people who choose to be their own boss via self-employment.

There are thousands of examples. Large numbers of Californian self-employed people have had to leave California to continue earning an income. IT contractors, virtual assistants, and self-employed truckies are just some examples.

Way back in 1996, the United Kingdom created a ‘little bit pregnant/employee’ independent contractor law that’s been ‘asleep’ for a while and rarely used. With the introduction of drive-sharing, the UK transport union decided to use this law to declare that Uber drivers are a ‘little-bit’ employees but still independent contractors. It’s thrown common law into chaos in the UK.

In the most recent Australian High Court ruling on employee versus independent contracting (2022) the Court has, however, declared that the UK-type laws are not part of Australian law. This is why Albanese and his Labor crew will need to invent new law.

Labor’s policy is to do this in the name of ‘secure’ work. Labor says that ‘insecure’ work is increasing and a major problem. Labor has been caught out running a beat-up on this and their claim is not supported by the facts. Casual work has actually declined. The size of the self-employed workforce is stable, even down a little as a percentage of the total workforce.

The Albanese plan is entirely a repeat of the disastrous Road Safety Remuneration Tribunal introduced by the 2012 Gillard Labor government. It took until 2016 for it to be fully implemented. When it got rolling, it was about to put 50,000 self-employed truckies out of business. The Small Business Ombudsman said it was totally dodgy. The High Court said that constitutionally it was potentially suspect just before the Turnbull government repealed the law in 2017, thereby saving those jobs.

Labor’s and the unions’ near-hysteria on the ‘evil’ gig economy is silly. Research by the Victorian Labor government showed that only 0.19 per cent of the Australian workforce earned their full-time income through gig work. For everyone else in gig work, it’s top-up income. The alleged ‘crisis’ call by Labor is a smokescreen for something else.

So here is what Labor promises with an Albanese-led government. They are determined to create a law to harm independent contractors. To do this they will need to do a range of things.

They need to copy the Californian laws that have ripped apart the livelihoods of huge numbers of people. They need to create the common law chaos that’s happening in the UK.

They need to go against Australia’s international obligations under ILO labour law principles and ignore, or somehow get around, constitutional issues on this matter.

They need to reintroduce the anti-self-employed truckie laws but apply these to every independent contractor in Australia, thus threatening the jobs of some two million self-employed people.

Effectively, Albanese is running a policy to prop up a declining union movement.

With union membership down to 9 per cent of the private-sector workforce, unions are running dead in the water. And they are looking for excuses and someone or something to blame. For Albanese’s Labor the ‘solution’ is to attack the jobs and incomes of self-employed people.