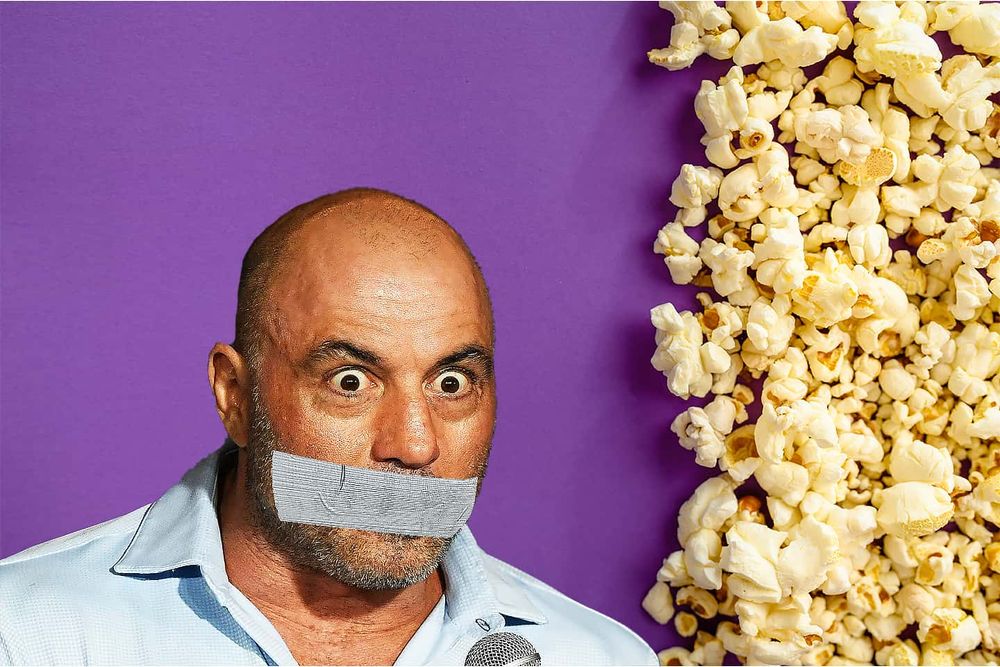 The episodes quietly disappeared with no explanation.

Around 70 episodes of the Joe Rogan Experience have today disappeared, according to JREMissing, a tool that uses the Spotify API to detect episode deletions.

Reclaim The Net has confirmed that the episodes have indeed been deleted at the time of writing.

The deleted episodes are separate from the batch of episodes that Spotify deleted when Rogan first joined the platform on an exclusive basis.

Spotify has yet to confirm if the deletions are intentional and has put out no statement on the matter.

Joe Rogan has been a target of outrage in recent weeks, with demands for censorship coming from Twitter all the way to the White House. The legacy media accuses Rogan of promoting “misinformation” about the Covid-19 vaccines for interviewing doctors who disagree with mandates and promote early treatments for Covid-19.

Rogan went on Instagram Saturday to discuss the content of some old episodes, addressing two videos on social media of him saying the n-word and another where he described a black neighborhood as being similar to the Planet of the Apes movie.

Late on Saturday night, Rogan posted a video on Instagram, commenting on some old episodes, particularly addressing two episodes that featured the n-word and other references that many are calling racist. However, Rogan didn’t comment about why over 70 videos had been removed.

“Hello friends. I’m making this video to talk about the most regretful and shameful thing that I’ve ever had to talk about publicly. There’s a video that’s out. That’s a compilation of me saying the N word. It’s a video that’s made of clips taken out of context of meeting. 12 years of conversations on my podcast and it’s all smushed together and it looks fucking horrible, even to me.

Now I know that to most people, there is no context where a white person is ever allowed to say that word, nevermind, publicly on a podcast. And I agree with that now. I haven’t said it in years, but for a long time, when I would bring that word up, like if it would come up in conversation and say instead of saying the N word, I would just say the word. I thought, as long as it was in context, people would understand what I was doing.

Like that context was part of the clip. We were talking about Red Fox, how Red Fox said that word on television in the 1970s, and how times have changed so much since. Or about how Richard Pryor used it as one of the titles of one of his albums, or I was quoting a Lenny Bruce bit, or I was quoting a Paul Mooney bid, or I was talking about Quintin Tarantino used it repeatedly in Pulp Fiction.

Or I was talking about how a Netflix executive ironically used it because he was trying to compare it to another offensive word. And he said it out loud and they fired him. Not calling anybody – just saying the word out loud. I was also talking about how there’s not another word like it in the entire English language, because it’s a word where only one group of people is allowed to use it and they can use it in so many different ways.

Like if a white person says that word it’s racist and toxic. But a black person can use it and it can be a punchline. It can be a term of endearment. It could be lyrics to a rap song. It could be a positive affirmation. It’s a very unusual word, but it’s not my word to use. I’m well aware of that now, but for years I used it in that manner.

I never used it to be racist because I’m not racist, but whenever you’re in a situation where you have to say, ‘I’m not racist’. You fucked up. And I clearly have fucked up. And that’s my intention to express myself in this video to say, there’s nothing I can do to take that back. I wish I could, obviously that’s not possible.

I do hope that if anything, that this can be a teachable moment because I never thought it would ever be taken out of context and putting a video like that. And now that it is holy shit, it looks bad. And it it’s part of also me doing this podcast for thousands of hours, thousands of episodes over 12 years, I said a lot of fucking stupid shit, which is fine when you’re talking about most things, but not when you’re talking about race.”

Rogan then went on to talk about an clip that some people have been posting, where a comment about going to see Planet of The Apes was being shared in a way he says was taken out of context.

The full video is below:

Just days after Dwayne ‘The Rock’ Johnson said he was “looking forward” to going on Joe Rogan’s podcast, the Red Notice star is backtracking on his support of the controversial podcaster after numerous videos surfaced online in which he repeatedly used the N-word.

A video compilation of Rogan using the N-word circulated Friday after it was shared by musician India Arie. In an Instagram post, Rogan described the video as “horrible” and said it was the “the most regretful and shameful thing I’ve ever had to talk about publicly.”

Author Don Winslow tweeted at Johnson saying the actor’s public support of Rogan was a “terrible abuse of your power.”

“Have you actually listened to this man’s many racist statements about Black people?” Winslow asked.

“Thank you so much for this,” Johnson responded. “I was not aware of his N word use prior to my comments, but now I’ve become educated to his complete narrative. Learning moment for me.”

Rogan tried to defend himself in an Instagram video saying, “I know that to most people, there is no context where a white person is ever allowed to say that word, never mind publicly on a podcast. And I agree with that now. I haven’t said it in years. But for a long time … instead of saying the N-word, I would just say the word. I thought as long as it was in context, people would understand what I was doing.”

Rogan continued, “It’s not my word to use … I never used it to be racist, because I’m not racist, but whenever you’re in a situation where you have to say ‘I’m not racist,’ you’ve f—ed up, and I clearly have f—ed up.”

Arie posted the montage in an Instagram Story Highlight after she joined Neil Young and Joni Mitchell in removing her music from Spotify. “Just take me off. I don’t wanna generate money that pays this,” Arie said in an accompanying video. “He shouldn’t even be uttering the word. Don’t even say it, under any context.”

Young announced he was pulling his music from Spotify after he accused the company of allowing Rogan to spread coronavirus misinformation on his Joe Rogan Experience podcast. The two-time Grammy winner was joined by Mitchell and David Crosby, Stephen Stills and Graham Nash — with whom Young recorded under the moniker CSNY.

Spotify acquired The Joe Rogan Experience in 2020 in a reported $100 million deal to help secure its place in the podcasting space.

After the fallout, Rogan attempted to dampen the controversy by saying he would try to be more balanced in his coverage of COVID and vaccines. This came after he hosted Robert Malone, a doctor and prominent skeptic of the coronavirus vaccines, and promoted taking ivermectin to treat COVID-19 symptoms.

“If I’ve p—-ed you off, I’m sorry,” Rogan said in an Instagram video. He pledged to “try harder to get people with differing opinions on right afterward” and “do my best to make sure I have researched these topics, the controversial ones in particular, and have all the pertinent facts at hand before I discuss them.”

Johnson initially supported Rogan’s remarks writing, “Great stuff here brother. Perfectly articulated. Look forward to coming on one day and breaking out the tequila with you.”

As the controversy continues to mount, the Washington Post reported Sunday that 70 episodes of The Joe Rogan Experience podcast had been quietly removed from the streaming service.

According to the Post , some of the removed episodes feature well-known individuals, such as comedians Amy Schumer and Joey Diaz, and prominent figures on the far right, including provocateur Milo Yiannopoulos, Proud Boys founder Gavin Mcinnes and InfoWars host Alex Jones.

But Spotify CEO and founder Daniel Ek maintained support for Rogan after the company said it will add an advisory to any podcast episode that addresses the coronavirus.

“It is important to me that we don’t take on the position of being content censor while also making sure that there are rules in place and consequences for those who violate them.”

Ek added that it was Rogan’s decision to remove a number of past episodes from The Joe Rogan Experience .

“While I strongly condemn what Joe has said… I want to make one point very clear – I do not believe that silencing Joe is the answer,” Ek said.

Trump Jr. posted a screengrab of the tweet, writing: “Wow, @TheRock, you can’t just try to quietly delete transphobic attacks without giving a groveling apology and expect to ever work in Hollywood again.

“Do @UnderArmour, @Ford, @Apple, @Netflix and the rest of his sponsors/partners agree with this hateful rhetoric?”

Shortly afterwards, other tweets surfaced that showed Johnson mocking the Chinese language during a WWE event.

Republican strategist Andy Surabian weighed in with a word of warning for Johnson. “Having watched @TheRock’s pro wrestling career from the start, I can promise you that he has said many things himself that would get him cancelled today as a sexist & homophobe, which is what makes his 180 on @joerogan even more pathetic & cowardly. Just YouTube his old promos …”