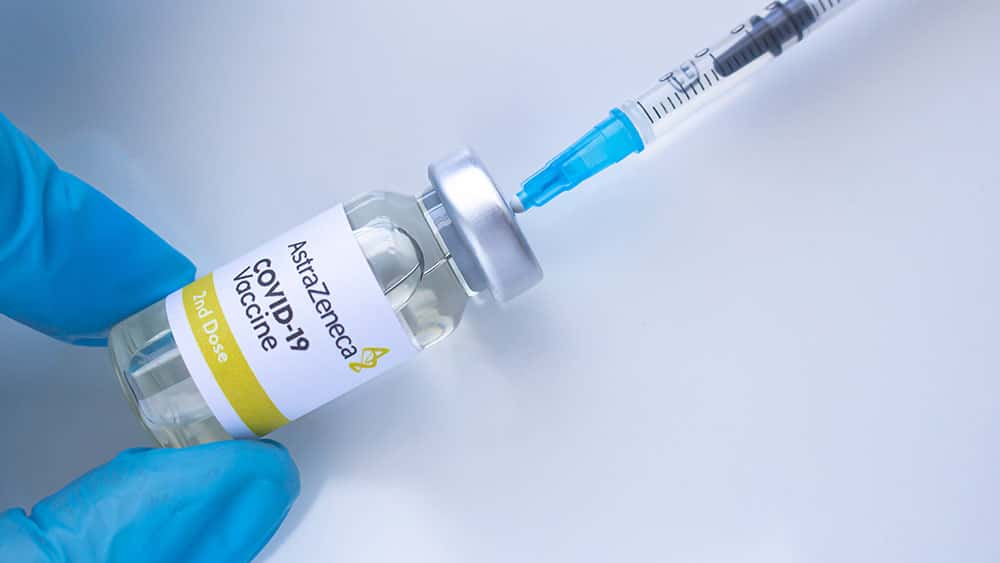 This was announced by the Therapeutic Goods Administration (TGA) on Friday, April 16, after it met to investigate the link between the vaccine and the patient’s death. According to the TGA, the person who died was Genene Norris, a 48-year-old woman from the Central Coast region of the state of New South Wales.

Norris received her dose of the AstraZeneca coronavirus vaccine on April 9. She was rushed to the hospital the following day after developing blood clots. She was then placed on dialysis and in an intensive care unit. She never recovered, and she died on April 14.

This is the third reported case of thrombosis, or blood clots in the arteries and veins, linked to the AstraZeneca vaccine in Australia. Norris and the other two patients also presented to the hospital with thrombocytopenia or low platelet counts.

The previous two cases were treated at hospitals and recovered soon after. (Related: Scottish woman develops severe and painful rashes all over her body immediately after getting AstraZeneca coronavirus vaccine.)

The TGA said it was in the process of reviewing Norris’s case, but this investigation is being complicated by her extensive medical history and underlying health conditions such as diabetes.

Furthermore, experts on the TGA’s Vaccine Safety Investigation Group (VSIG) did not find any COVID-19 antibodies in her system. Despite this, the VSIG said health authorities and the public should assume a causative link to the AstraZeneca vaccine.

As of press time, the TGA said it was still waiting for the results on some laboratory tests, and that an autopsy was set to take place afterward.

“Given this is an atypical presentation, should the test results and/or the autopsy provide an alternative causation, VSIG would review their decision,” said the TGA on Friday.

The Sanitarium Health Food Company, a food company that markets cereals and vegetarian products, confirmed that Norris was one of its 800 employees in their New South Wales factory.

“The company is saddened by the loss of a much loved employee, and we offer our heartfelt condolences to her family, friends and workmates,” said a Sanitarium spokesperson when pressed for comment by the Daily Mail Australia.

Australian government pushing ahead with vaccinations

The TGA announced the preliminary results of its investigation into Norris’ death on the same day that the Australian Technical Advisory Group on Immunization (ATAGI) and the federal government of Australia announced that it no longer recommended the AstraZeneca vaccine for individuals under 50. It would instead prefer it if health authorities gave the vaccine developed by Pfizer-BioNTech for that demographic.

Around 885,000 doses of the AstraZeneca vaccine have been administered since the Australian mass vaccination campaign began. The TGA said the three known blood clotting cases give the country a rate of one in 295,000 jabs that could potentially result in these life-threatening complications.

Symptoms of the clotting complications include severe headaches, blurred vision, pain, leg swelling, shortness of breath and bruising of a part of the body away from the injection site.

Health authorities in Australia have advised anyone experiencing any of these symptoms after getting vaccinated to seek medical attention immediately.

Despite the dangers of getting vaccinated, the state government of New South Wales is not going to stop vaccinating its residents. When pressed for comment, the state’s Ministry of Health (NSW Health) said it did not discuss individual cases.

“Any death is a tragedy and NSW Health extends its condolences to the loved ones of the person who passed away,” it said.

“NSW Health is working closely with the TGA and the Commonwealth Department of Health, and will continue to operate within ATAGI guidelines.”

Learn more about the dangers associated with the coronavirus injections by reading the latest articles at Vaccines.news.

Another death linked to AstraZeneca

A 34-year-old woman has died after developing a rare blood-clotting disorder linked to the vaccine, the TGA has announced.

The NSW woman died on Wednesday from a confirmed case of thrombocytopenia syndrome (TTS) after receiving her first dose of the AstraZeneca vaccine.

‘In Australia, severe cases of TTS appear to be more common in women in younger age groups,’ the Therapeutic Goods Administration (TGA) announced in its latest weekly safety report. ‘Nearly half of the TTS cases in women required treatment in intensive care.’

According to the TGA, Australian TTS cases that have met the criteria for Tier 1 as defined by the US Centers for Disease Control and Prevention are twice as likely to occur in women than men.

The CDC classification for TTS:

The NSW woman’s death is the seventh in Australia linked to AstraZeneca, with six from TTS and one from immune thrombocytopenia (ITP).

‘The TGA reviews all deaths reported in people who have received the vaccination,’ the TGA said.

The Australian Technical Advisory Group on Immunisation (ATAGI) recently updated its advice on the AstraZeneca vaccine amid Sydney’s deteriorating COVID situation, saying all adults ‘should strongly consider getting vaccinated with any available vaccine, including COVID-19 vaccine AstraZeneca’.

The latest AstraZeneca-linked death comes on the same day NSW reported another further five COVID-related deaths, taking the death toll from the current outbreak to 21 from 4319 cases.