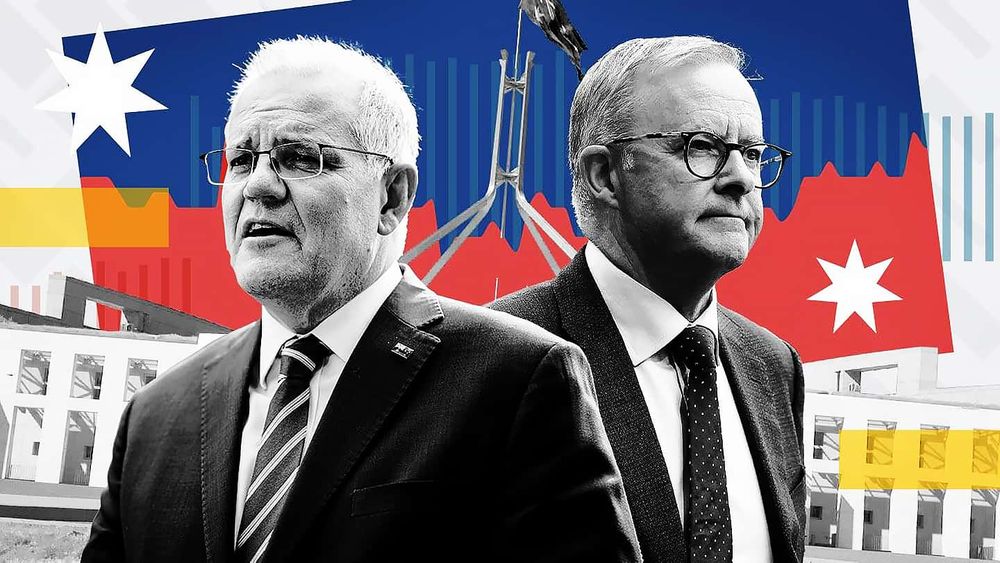 Since early 2020, all Australian state and federal governments have, under cover of COVID-19 restrictions, gone on a rampage of control and abuse of the Australian people. Owning up to this will be traumatic for people accustomed to trusting the government based on our unique historical experience.

Nevertheless, in the last two years, all Australian governments have locked people in their homes, restricted their movements, tracked them, destroyed their economic independence, and in some cases taken control of their money.

The authorities have lied, withheld essential facts, distorted statistics, tried to close down any meaningful discussion and drowned out questioning voices with a campaign of fear.

They have shut down schools, driven people from their professions, and compromised essential services. They withheld effective medicine while people died needlessly—and alone, without their relatives. Then they doubled down on “vaccinations” and lied about the side effects. Parliament was prorogued and supplanted by bureaucratic diktat. Dissenting doctors and scientists were sidelined. Media, parties, and policies have now morphed into a one-narrative, one-party State. If this was a custody case, it would be over.

But Australians are waking up. In a vast country with only 25 million souls, over half a million have marched in rallies in one major city (Melbourne) and thousands and thousands have protested at Parliament House, not once—but repeatedly and for weeks.

Hundreds of thousands are out of work for refusing the jab. Between one and a half to two million have lost their jobs and businesses. This has been ignored and minimised by the “one narrative” mainstream press. But alternative media in Australia is thriving, the word is spreading and national elections are due on 21 May 2022.

How will Australians vote? Both major parties supported the narrative, and so did the Greens party. However, a handful of alternative freedom-minded parties are now contesting the election with a credible and growing campaign.

But one last lie stands in the way: that only the major parties can get enough votes to win, so a vote for a freedom party is a “wasted” vote.

To expose that lie, a small group of citizens has mounted the biggest political education campaign in Australian history, teaching the electorate to “Put Majors Last.”

A focal point for the campaign is a website that enables voters to select their electorate, and then create a how to voting card based on their preferences, but which always has the Majors and Greens in the last three spots. The science of preference flows means that if a large number of voters put freedom parties first and the abusing parties last, there will be fundamental political change.

What do the minor parties running for the Senate stand for?

The Coalition, Labor and the Greens (plus the wave of independents) are getting most of the headlines in this election. But your ballot papers will also be full of candidates representing parties you might not know much – or anything – about.

From the big-spender ads of the United Australia party and the re-election desires of One Nation, to a bunch of micro-parties representing niche interests, Australia’s democracy and elections are a rich tapestry – and it takes all types to make a campaign.

Here’s a quick rundown of these lesser-known parties running Senate candidates in the 2022 Australian federal election on 21 May, and what they stand for.

With representatives in NSW and Victoria’s state parliaments, the party says it wants “to give a political voice to animals”, including promoting animal protection and “animal-friendly policies”. They campaign for increased penalties for animal abuse, animal trade, and supporting sustainable and ethical practices.

Running in: the Senate in all states besides Northern Territory, as well as lower house seats in most states.

Led by the former special forces soldier Heston Russell, the party says it aims to “bring balance into the Centre” of politics. AVP wants to create an American-style National Guard to assist in emergencies, better support for defence veterans, a review into ABC funding, “greater certification requirements for media organisations and journalists to be permitted their special exemptions under legal legislation”, and “greater consequences” for “negligent” media reporting.

Running in: the Senate in Queensland, NSW, WA and Victoria, and several lower house seats in Victoria and Queensland.

The party wants to elect “a Christian voice amidst the voices in Parliament”. It wants to see marriage as only between a man and woman, “zero tolerance” to drugs, and suggests an inquiry into increasing the legal drinking age to 21. It also says the settled scientific view that carbon dioxide is contributing to climate change needs “further scrutiny”, opposes euthanasia, and wants to restrict IVF to married couples.

Running in: the Senate, as well as nine lower house seats, in WA only.

Saying they were “inspired by the policies of old Labor”, the party wants to start a public bank at post offices, repeal the prohibition on nuclear power, wants a “dramatic” increase to health resourcing and a moratorium on house and farm foreclosures.

Running in: the Senate in Queensland, Victoria, SA, WA and NSW.

Once a major player in the Senate, the party’s presence has faded significantly since it was formed by the former Liberal politician Don Chipp. In the small-l liberal tradition, it pursues broadly centrist economic policies, social liberalism and puts an emphasis on political accountability.

Running in: the Senate in SA, NSW, Victoria, WA and QLD.

Named after its leader, the former journalist, the Justice Party is calling for reforms to bail, parole, family courts and domestic violence law, campaigning for sentencing to “reflect community views” and “more jail, less bail”.

Running in: the Senate and several lower house seats in Victoria

Named for the anti-Communist party activist, the party wants to “stand up to China”, support Hong Kong, Uyghur and Tibetan communities and repeal Australia’s free trade agreement with China. The party also is calling for welfare rates to be raised above the poverty line, and wants to boost renewables and put dental health into Medicare.

Running in: NSW, SA and Queensland.

The name pretty much sums it up. As the party says, it is “a single-issue party and that issue is anti-corruption”. It wants a national Icac, to limit donations to political parties, real-time disclosure of donations, and to restrict politicians from being appointed to government positions or commercial businesses connected to their former portfolios.

Running in: the Senate in NSW, Queensland and WA.

The party backs Christian values, opposes late-term abortions and the teaching of “gender fluidity” in schools, and wants to consider “corporal punishment models” to penalise rape and other serious crimes.

Running in: the Senate and lower house seats in Victoria, WA, SA, Queensland and NSW.

A “fusion” of the Science, Pirate, Secular, Vote Planet and Climate Change Justice parties. Its policies include a 10-year transition to negative emissions, a carbon price, 800% renewables, high speed rail, and a $500 weekly universal basic income.

Running in: NSW, Queensland, SA, Victoria and WA in the House and Senate

Led by the controversial former One Nation senator Rod Culleton. GAP backs “mandatory” jail for violent crimes and boot camps for juvenile offenders, would relax firearm laws, has policies for a “concealed carry licence”, and would abolish income tax and remove compulsory superannuation.

The party is calling for the protection of rivers and better water management, an end to detention for Indigenous children and ending adult incarceration “except for the most serious offences”, and replacing fines with community service.

Running in: NSW and Queensland.

Imop campaigns for people’s right to refuse or choose medical products and procedures like Covid vaccines, including advocating the removal of No Jab No Play and vaccine mandates. It also wants to remove fluoride from drinking water, promote alternative therapies, legalise medical cannabis nationwide and pause the rollout of 5G technology.

The Tasmanian senator Jacqui Lambie wants to get more supporters in parliament. She wants to lower donation caps and introduce real-time disclosure, boost local manufacturing and start an inquiry into Chinese foreign interference.

With some financial support from Climate 200, law academic Kim Rubenstein is campaigning on climate, integrity and a federal Icac, women’s safety and a First Nations voice to parliament.

Running in: you guessed it, the ACT

Unsurprisingly, the party wants to legalise, tax and regulate weed. It wants a moratorium on arresting users and to expunge historical sentences for personal use, as well as to allow people to grow cannabis at home.

Still running under their original name (despite a high court challenge), the libertarian party’s run is being headlined by the former Liberals Campbell Newman and John Ruddick. Calling for smaller government and low taxes, the Liberal Democrats want to institute American-style “recall elections”, wind back Covid and mask rules, immediately cut all government departments and politicians’ pay by 10%, and a flat tax of 20% for all.

Focusing on candidates who are “independent local leaders who are already contributing to their neighbourhoods”, this party has a larger focus on Tasmania-specific issues such as salmon farming, the state’s energy mix, and further restrictions on poker machines. It also advocates for “citizens’ juries”, or the process of deliberative democracy, to decide contentious issues.

Running in: Tasmania and SA.

The fledgling party says it aims to end poverty, homelessness and the climate emergency, and dismantle corruption. It wants an emissions trading scheme and a federal Icac.

Led by the sitting senator and former Centre Alliance member, Patrick is campaigning on greater transparency and accountability in government and addressing foreign interference. He also has numerous South Australia-specific policies such as boosting manufacturing jobs and the submarine industry, as well as protecting the Murray-Darling.

They want greater scrutiny on foreign land purchases, the expansion of the live export trade, reduced restrictions on “law-abiding firearms owners”, to implement a bill of rights and to expand private game reserves and hunting areas.

Pushing for policies to benefit retirees and pensioners, the party wants reforms for dementia and palliative care, simpler rules around aged care and a public TV channel for seniors. They also want more staff and money for aged care, expansion of the veteran’s “gold card” and more support for army veterans.

Running in: NSW and WA

Promoting “revolutionary change”, the party is campaigning for equality and against gas mining. They want to repeal the GST and the stage 3 tax cuts, raise company tax and a new “wealth” tax, nationalise mines and banks, go to 100% renewables within 10 years, more progressive policies on refugees and asylum seekers, and to abolish Asio and other spy agencies.

The party is campaigning to stop overdevelopment and corruption and to protect the environment. SAP wants free university for all, a ban on all new coal mines and fracking, a ban on further foreign ownership, a national job guarantee program for full employment and a universal age pension.

Running in: all states and territories

Running on a similar “revolutionary” platform to the national Socialist Alliance – including scrapping the GST and increasing taxation on the rich and corporations, lifting welfare payments to at least $1,500 a fortnight and nationalising the banks – the party also calls for governments to pursue a long-term Covid elimination strategy.