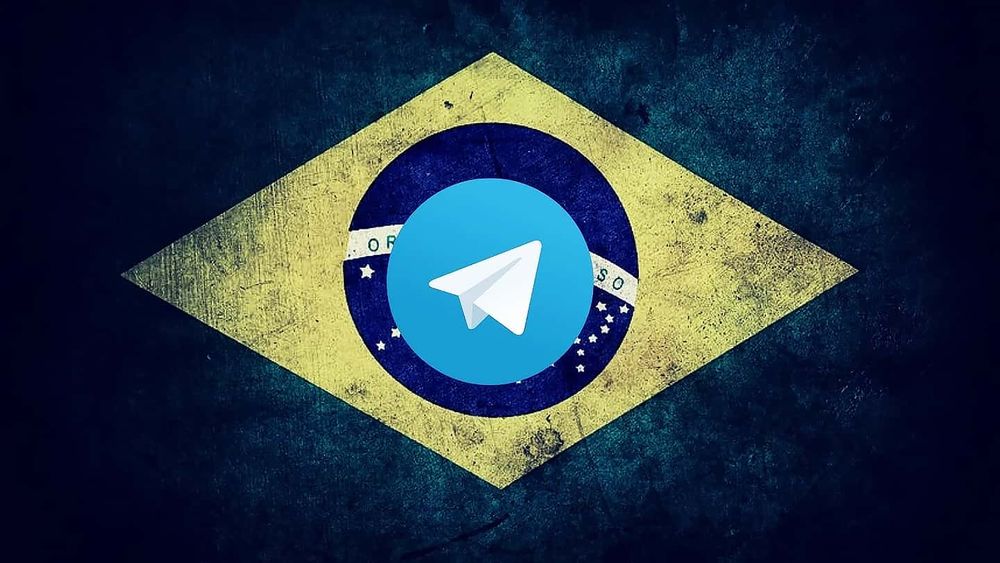 The result of a long censorship campaign.

Brazil’s Supreme Court has ordered the banning of messaging app Telegram, following a request from the country’s federal police.

The ban came after the messaging app ignored calls to censor certain accounts that posted what the court said is “disinformation.”

In January, Bolsonaro accused the country’s top electoral authority of “cowardice” for entertaining the idea of a ban of the app, amid concerns of its use for spreading “fake news.”

Brazilian Supreme Court Justice Alexandre de Moraes stated that the suspension must last until the effective compliance with previous court decisions, including the payment of the daily fines and some indication, in court, of official representation in Brazil (an individual or legal entity).

The move follows a big censorship campaign waged against Telegram by the country’s Supreme Court.

From Reclaim The Net back in January:

Justice Luís Roberto Barroso, a Justice of the Supreme Federal Court of Brazil (Supremo Tribunal Federal [STF]) justice and President of the Superior Electoral Court (Tribunal Superior Eleitoral [TSE]) of Brazil, has called for the popular messaging app Telegram to be banned unless it establishes legal representation in the country and complies with the TSE’s “Program to Combat Misinformation” (“Programa de Enfrentamento à Desinformação”).

The TSE, a court that organizes Brazil’s elections and includes three justices from the STF, launched the Program to Combat Misinformation in August 2019.

The program targets “misinformation within the scope of the Electoral Justice” and has partnered with several Big Tech platforms and companies including Facebook, Google, Instagram, TikTok, Twitter, WhatsApp, and YouTube. It has also singled out Telegram on its official blog and noted that Telegram is the only major instant messaging app or social network that has yet to partner with this Program to Combat Misinformation.

Barroso’s call for Telegram to be banned follows him sending a letter to Telegram CEO Pavel Durov last month which requested a meeting to discuss cooperating with the TSE to combat “fake news.” Barroso claims that Durov and Telegram have so far failed to respond to the letter and other attempts to contact the company and has urged Brazil’s National Congress to ban the messaging app unless it establishes “adequate legal representation” in the country and collaborates with the TSE.

Telegram is unbanned in Brazil after agreeing to censor

On Friday, Brazil’s Supreme Court Justice Alexandre de Moraes ordered the banning of Telegram because of its failure to comply with Brazil’s laws and for allowing the spread of “fake news.”

On Sunday, he revoked the suspension, saying that the company had complied with censorship requests to ban accounts.

After the suspension, Telegram’s founder Pavel Durov apologized for his company’s “negligence” in complying with court orders.

“These notices can now be added to the end of any message on Telegram and will also remain visible when those messages are forwarded from the channel to private or group chats.

“To better identify these posts, we are establishing working relationships with important fact-checking organizations in Brazil, such as Agência Lupa, Aos Fatos, Boatos.org and others.

“We hope that this cooperation will allow us not only to flag specific posts as potentially containing disinformation, but also to add links to disclaimers that will lead to full explanations of relevant facts compiled by fact-checking organizations.”

Telegram is popular in Brazil, particularly among the supporters of President Jair Bolsonaro who want to avoid censorship on Big Tech platforms.

On Sunday, Moraes said that he had revoked the suspension, because Telegram had shown “full compliance,” including blocking the account of activist Allan dos Santos.

“I revoke the decision of complete suspension of the operation of Telegram in Brazil,” he said.