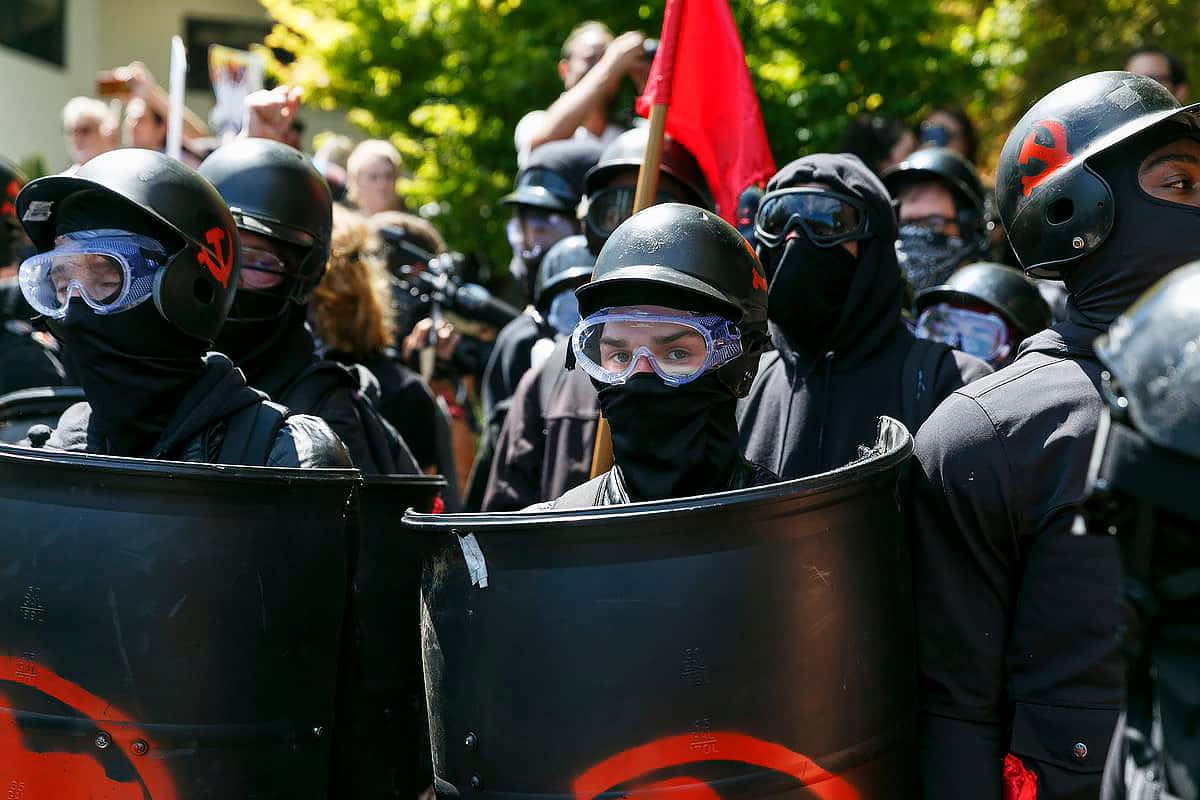 Trump was 100% correct to label Antifa a terror organization, as they were injecting themselves into the U.S. and wreaking havoc at an alarming rate during his presidency.

Multiple media reports have uncovered that Antifa was originally created as a paramilitary organization to fight ISIS, and they received the overwhelming majority of their training from either the U.S. military or U.S.-backed rebels the PKK. They were in Syria working for the Obama Administration since 2014.

Rolling Stone wrote in 2018 of the "untold story" of Antifa fighting Syrian ISIS terrorists. They don't even try to hide it, with a headline "The Untold Story of Syria's Antifa Platoon."

In the article, Rolling Stone states:

The Antifa Platoon operated in a legal no man’s land with no oversight apart from the SDF’s loosely organized command. Three of them tell me about specific instances in which they killed one or more ISIS fighters, but only off the record. The rest say they don’t know if they killed anyone or not, which is probably true; many veterans of the wars in Iraq and Afghanistan say the same thing, owing to the exigencies of urban combat. Either way, they all say they feel no remorse. “Not even a little bit,” says Franceschi.

Fairly or not, the United States classifies the PKK as a terrorist organization, and so does the European Union, but none of the scores of Americans who have returned from fighting in the YPG have been charged, which may have something to do with the fact that the U.S. government has thousands of military personnel in Syria working hand-in-glove with the YPG, many of whom, as they surely know, are PKK fighters who have merely changed uniforms.

As a matter of law, the American military contingent in Syria has no more right to be there than the Antifa Platoon did. There is no United Nations mandate, and Congress has not exercised its Article I prerogative to authorize military force in Syria, as it did before the invasions of Iraq and Afghanistan. Despite the scale of the U.S. mission, which has gone on for three years now, the Pentagon will disclose almost nothing about it, except in anodyne press releases that tend to be vague, lawyerly and misleading. In the summer of 2017, I often saw armed Americans in uniforms without insignia riding around in trucks without license plates. At the time, military officials told me there were exactly 503 soldiers on the ground, but the Pentagon later disclosed to Congress that the true number was approximately 2,000.

Their reporting is supplemented by media reports showing Antifa members were being bussed to Syria to learn paramilitary training from the PKK. TRT World documented how Antifa received massive training under the Obama Administration for years, which would make it unsurprising to learn that Antifa is behind so many of the protests.

But it shouldn’t come as a surprise if US authorities find a link between Antifa and violent attacks during recent years.

For years there have been concerns that some Antifa members have joined the YPG, the Syrian affiliate of the PKK terror group, in Syria, where they received armed training under the watch of Obama administration.

Since 2014, hundreds of foreigners have travelled to northern Syria to join the ranks of the Marxist-Leninist YPG, which has relied on savvy PR machinery, utilising social media to find recruits.

While the YPG has been endlessly eulogised in the Western media as American allies who fiercely fought Daesh terrorists, little is discussed of the group’s ideology, which doesn’t tolerate dissent or difference of opinion.

Antifa has long been known to be a paramilitary organization of the U.S. military, with training to take out terrorists, but the U.S. media largely covered this up. Most Americans had no idea what Antifa even was until the media began endlessly reporting on how "peaceful" their protests were, despite this being the complete opposite of reality.

In fact, much of the funding Antifa reeived came straight from CIA front organizations. They were funded by the Intelligence Community's very own Ford Foundation.

The Ford Foundation was started by the CIA in the 30s as a front to propagandize the west. The Ford Foundation's own chairman stated this in 1958-1965. There is no evidence to suggest their funding patterns have changed.

Additionally, George Soros, who has been known to have CIA ties for years and worked as a conduit to channel Intelligence Community funds into Ukraine under the Obama Administration also donated large sums of money to Antifa. In fact, Soros was partly responsible for the slush fund that was used to continuously bail out Black Lives Matter activists performing operations in the U.S.

These revelations continue to prove Trump right that Antifa is a terror organization, and they were unleashed on America during his presidency.