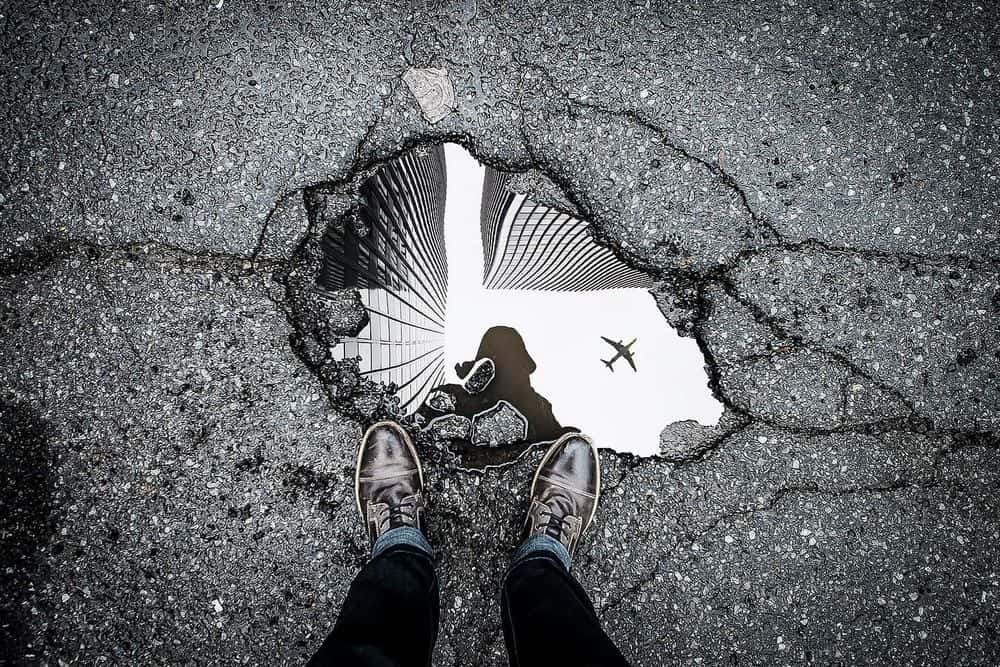 The common thread that connects failed societies, from Weimar Germany to the Soviet Union, is an almost pathological insistence on denying reality.

Weimar Germany denied that masses of printed money would destroy civilized society. The Soviet Union insisted that Soviet Man would emerge spontaneously from the ashes of capitalist society. Weimar Germany spawned Nazi Germany. Nazi Germany was completely destroyed, both physically and politically, by the World War II Allies. Mercifully, the Soviet Union simply collapsed after seventy years of consuming capital to achieve the phantom of the classless society. Today both Nazi Germany and the Soviet Union are synonymous with tyranny and failure. Both nations murdered millions. Both nations no longer exist. True, Germany exists as does Russia, but I contend that both are new nations. Neither is perfect, but neither claims a political heritage to the nation that preceded it.

Pathological policy errors flowed inexorably from a skewed view of reality in both Nazi Germany and the Soviet Union. Once this view of reality was deemed to be above criticism, its champions adopted increasingly tyrannical policies. Nazi Germany's Aryan Supremacy racial theories seemingly justified the murder of the handicapped, Gypsies, those of alternative sexual orientation, Jews, and Slavs. In the name of birthing a new Soviet Man, the Soviet Union murdered anyone who stood in the way of its program to confiscate all businesses, including small farms. When businesses and farms failed, there was no soul searching as to root causes that might lie in Marxism itself. No, the problem had to be saboteurs within society. Reality, you see, was what the Soviet Union's Politburo said it was. As the vanguard of the proletariat, the Politburo stood outside society and saw its flaws. Those who disagreed were blind to this insight and had to be eliminated.

Chasing the Phantoms of Alternative Reality

Today the West especially is adopting policies that flow from alternative realities that, frankly, do not exist. Here I list just a few:

Champions of the above denials of reality refuse to discuss whether their view of reality is accurate. All are articles of faith and cannot be questioned. In fact, to question them is considered to be an admission of ignorance, guilt, or perfidy. One wants to destroy Mother Earth, enslave minorities, kill innocent people, and prevent all in society from enjoying unlimited prosperity. It's the old straw man fallacy on steroids. Furthermore, resources will be expended to pursue these phantoms, and more resources will be expended to protect oneself from being caught in a witch hunt. Society will live in fear--fear of global warming, fear of being branded a racist, fear of contracting a dread disease. Unfortunately, what society does not fear is that our lifetime's savings will be wiped out by inflation made possible by MMT.

The Basics of Reality

Contrast these phantoms with the pragmatic basics of sound economics: namely, that in order to prosper man must face the reality of human existence—primarily scarcity and uncertainty. People's preferences must be accepted at face value. Man acts. This is an irrefutable axiom in that to deny it is to confirm its validity. His action is rational in the sense that he believes that his action will improve his condition. He understands cause and effect. He performs one act at a time. He performs the most important act first; in other words, he ranks his actions in order of importance. Performing an act means that he must sacrifice the execution of others until later; in other words, acting means giving up some other preference, at least until some later time. Man's ordinal ranking of preferences means that the cost of an action is determined by what he eschews until later. No two men have the identical ordinal ranking of preferences; plus, the preferences cannot be assigned a cardinal value in order to compare one man's preferences with another. Man discovers the concept of comparative advantage and adopts the division of labor in order to accomplish more. Through the market process, man adopts a universal medium of exchange (money) in order to break the tyranny of direct barter. Now man can indirectly exchange his specialized production for a universal medium of exchange in order to obtain his real wants. Man invents government as a specialized service in order to protect his person and his property at a lower cost. He invents law in order to adjudicate inevitable disputes.

All this is reality. Peaceful exchange requires social cooperation, which brings about peace and prosperity among men everywhere. As advice columnist Ann Landers used to say, Wake up and smell the coffee!