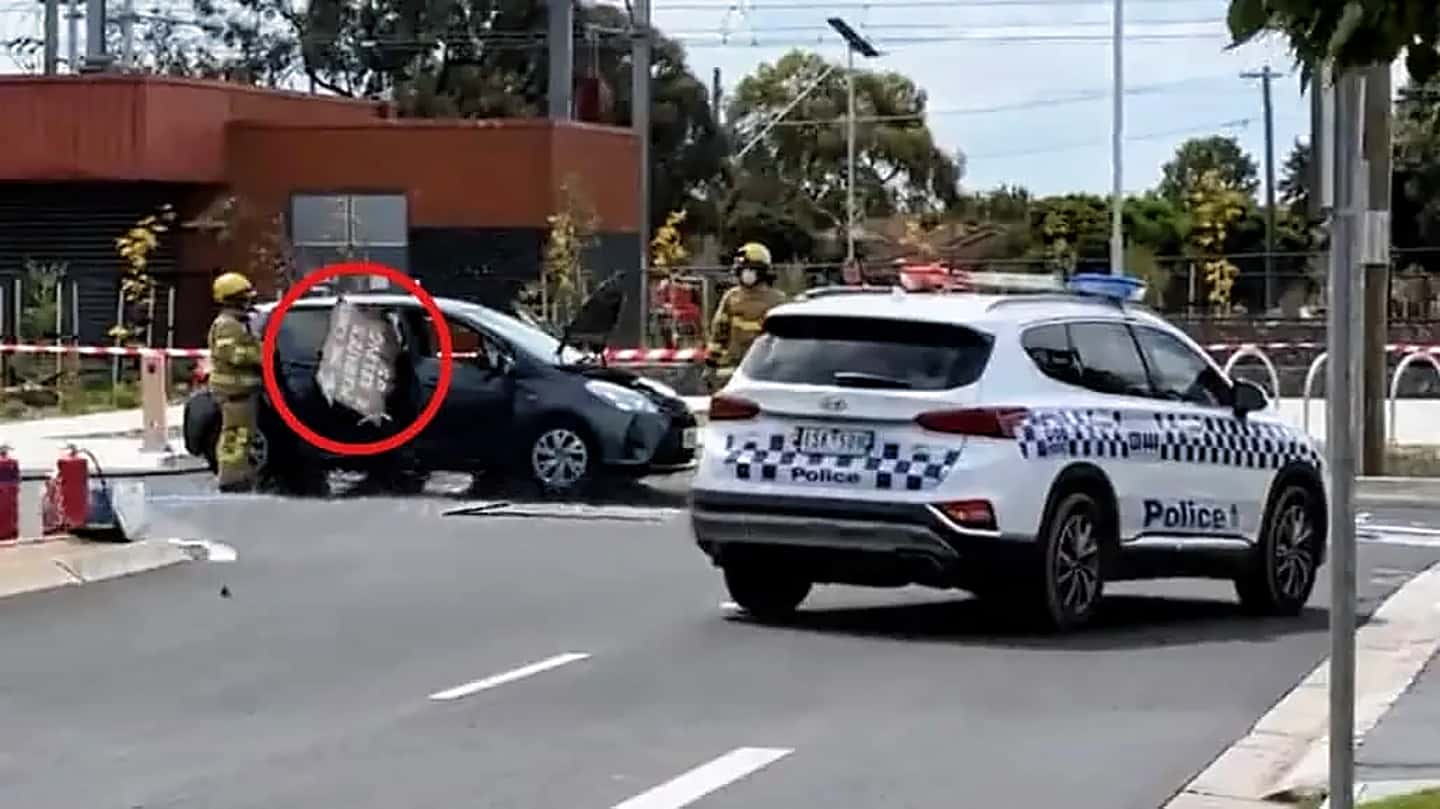 Melbourne Woman Sets Herself On Fire Inside Car With Sign Saying: “NO ONE CARES, MANDATES ARE KILLING US”

Incidents like this show that the New World Order Covid-Tyranny by the Australian government has driven its citizens to a state where they feel they have nothing left to lose.

This poor Melbourne woman doused herself from petrol cans in her car before setting herself on fire. She was holding a sign which read: “No One Cares, The Mandates Are Killing Us”- Of course, Channels 7, 9,10 and the ABC are silent because they are complicit and willing partners in this assault against humanity.

SHOCK As Melbourne Woman Sets Herself On Fire Inside Car With Sign Saying: “NO ONE CARES, MANDATES ARE KILLING US”

AUSTRALIA – In a shocking incident, a Melbourne woman has tried to kill herself by pouring petrol over her car and setting herself alight while carrying a sign saying “NO ONE CARES, MANDATES ARE KILLING US”.

The woman parked her car, blocking off a road in Cherry St, Werribee, a suburb in Victoria, and poured 4 cans of petrol over herself before placing the sign containing her written plea in the window of her car. Police attended and tried to talk her down, but she ultimately set herself on fire after telling the police she had “nothing left”.

The condition of the woman is currently unknown and the mainstream Australian media has yet to cover the incident. However, video from Wyndham News Australia shows the aftermath of the fire, with the sign containing the woman’s desperate plea plainly visible for all to see.

Witnesses have confirmed the incident on Facebook and the story is currently gaining some serious traction online, making it an open question of whether the mainstream Australian news outlets will be forced to cover the incident.

The horrific incident is a shocking indictment against “Dictator” Dan Andrew’s lockdown policies which have reduced the state of Victoria to an authoritarian hellscape.

Andrews is notorious for his indifference to the suffering of the people he rules over, as evidenced by the fact that he was told back in 2020 that a tenth of all Victorian suicides were a result of his lockdown policies.

This is a developing story.

By The COVID World

A woman who said she lost everything because of Victoria’s vaccine mandate was saved by emergency services after a dramatic Werribee incident.

Read this article at The Herald Sun

Apparently there are no posts at the moment, check again later.