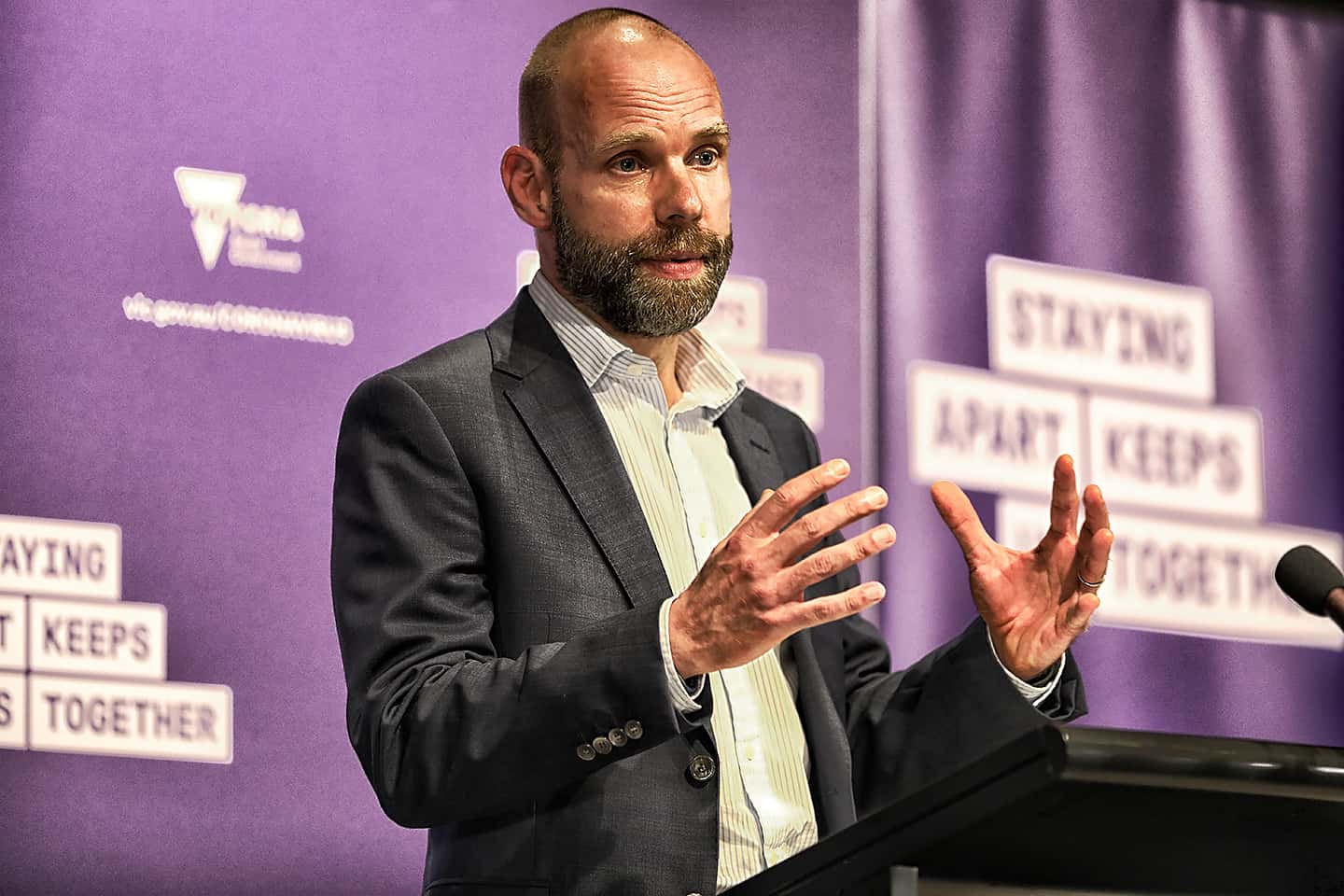 The details of a protracted legal battle between the Victorian health department and workplace safety watchdog over citizens' personal contact tracing information have been made public after a failed government bid to suppress the proceedings.

The details of a protracted legal battle between the Victorian health department and workplace safety watchdog over citizens' personal contact tracing information have been made public after a failed government bid to suppress the proceedings.

The documents reveal the government fought to keep the details suppressed to prevent the public from learning that contact tracing data may not have been as secure as authorities had promised.

The dispute began late last year, when WorkSafe Victoria requested a suite of documents from the health department as part of its investigation into the state's troubled hotel quarantine program.

The spread of the virus from the Stamford Plaza and Rydges hotels in mid-2020 was the catalyst for the state's deadly second wave of COVID-19.

The department provided some of the documents but refused to give up the contact tracing data, "arguing that to do so would undermine the public confidence in contact tracing, with devastating effect", a Supreme Court of Victoria judgment shows.

Over a months-long dispute, WorkSafe continued to request the documents, stating there could be criminal penalties for failing to comply and rejecting the department's assertion that they be protected under a public interest immunity.

The back-and-forth between the agencies and their lawyers also included a WorkSafe investigator issuing directions in person at the department's offices.

When the issue made it to court in June of this year, an interlocutory suppression order was put in place.

The notices to produce the contact tracing information were withdrawn in September, when WorkSafe charged the department with 58 breaches of the Occupational Health and Safety Act in the hotel quarantine system.

The department's failure to produce the documents was set to go to trial in mid-October, but the court date was replaced with a WorkSafe application for a suppression order covering the matter to be lifted and for a summary judgment from the court.

In his analysis, Supreme Court Justice Andrew Keogh said "there cannot be an absolute protection of contact tracing information on public interest immunity grounds which renders it immune from disclosure, irrespective of the precise information concerned, and when, in what circumstances, and for what purpose disclosure of the information is sought".

He did not make a ruling on whether or not the information was subject to public interest immunity.

The fact that contact tracing information was not absolutely protected was in contrast to the government's repeated assurances that information provided to contact tracers would be absolutely confidential and only used for the purposes of tracking the spread of COVID-19.

WorkSafe and the Herald Sun newspaper, which first reported the details of the case on Tuesday, wanted the suppression order lifted.

The department argued for the suppression order to remain in place for five years, saying if details of the summary judgment were made public, it would lead to uncertainty in the community.

It argued "this is likely to cause a degree of public alarm about the release and use of confidential information, and will thus undermine confidence in the contact tracing system", the court documents show.

COVID-19 response commander Jeroen Weimar provided two affidavits and an oral submission over the course of the court proceedings.

In an October supplementary affidavit, he said the lifting of the suppression order would "significantly undermine public trust and confidence".

In lifting the suppression order, Justice Keogh acknowledged the case would likely result in significant media reporting and could lead to public concern.

But he said the fact the department did not produce the documents would likely allay, or at least not add to, those concerns.

He agreed with WorkSafe's submission that the government's departure from a COVID-zero strategy, vaccination coverage and the prevalence of virus in the community meant there was not a need for the details of the case to be suppressed.

"Any negative impact on public confidence caused by reporting of this proceeding may not be great, or have a lasting impact," he wrote.

Acting Premier Jacinta Allan said the matter ended up in court because "that information has been collected on the basis that it would be kept confidential".

Ms Allan defended the push for a suppression order, saying it was in order to prevent "a fear campaign, a scare-mongering campaign, a baseless scare campaign".

A Department of Health spokesperson provided a similar statement, saying the agency "has always acted to protect contact tracing and QR code data – and this matter was dealt with through the courts as the appropriate forum to stop the release of such information".

"Worksafe's attempt was unsuccessful and the Department asked the court for this matter not to be dealt with publicly to ensure that Victorians can continue to have confidence in one of the key measures to keep us safe," they said.

The new Public Health and Wellbeing Amendment (Pandemic Management) Bill 2021 makes it much harder for other agencies to access the contact tracing information.

It can, however, be accessed "for the purpose of addressing an imminent threat to life, health, safety or welfare of one or more individuals".

There are also provisions for it to be accessed if people have provided false or misleading material to contact tracers.