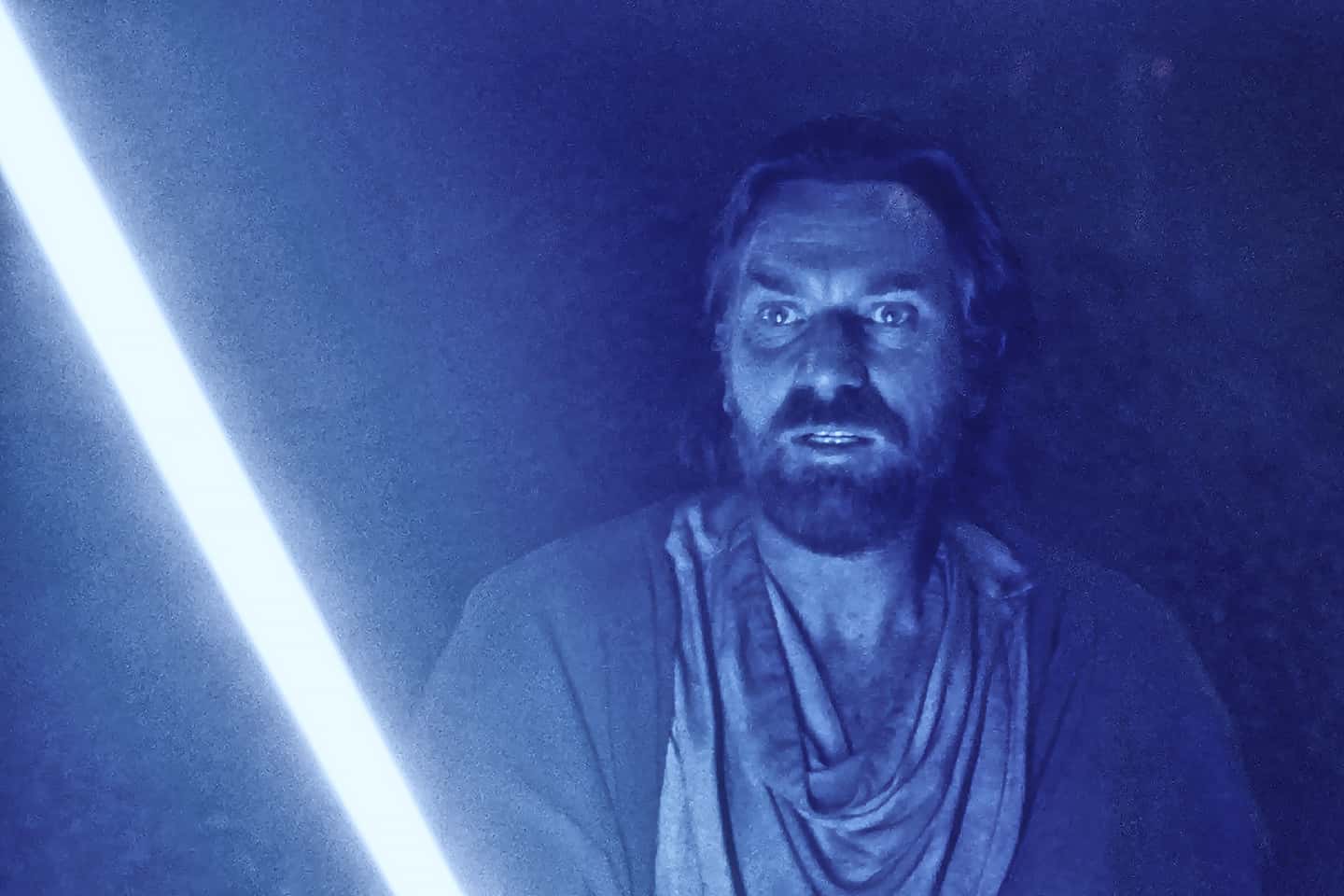 The attack on male characters never stops coming from the groomer kingdom Disney. The House of Mouse wants to ensure that every male character is emasculated to make way for their new diverse and PC characters. The days of strong and silent male characters are long gone, and here come the weak beta males.

Disney’s most lucrative property, Star Wars, has released a new television series for its streaming service Disney + titled “Kenobi.” The series focuses on the iconic science fiction hero Obi-Wan Kenobi, played by Ewan McGregor, during his time on Tatooine. Three episodes have been released so far, revealing Lucasfilm President Kathleen Kennedy’s goal to make every male hero a bumbling fool of himself. Not surprising, based on her previous comments that “The Force is Female.”

The degradation of male heroes is evident in this new series. Obi-Wan Kenobi was portrayed as a stoic hero who was not afraid of putting himself in harm's way. He was dedicated, competent, and brave. However, after a few doses of Disney’s woke brand, the character has become a shell of his former self. This new woke Obi-Wan is bitter, cowardly, and chooses to run away from his responsibility. As described by YouTuber Overlord DVD, Obi-Woke Kenobi is now an old hermit in despair: “He hasn’t been practicing his Force skills so they’re pretty much of little use to him in an emergency and, worse, Kenobi no longer even believes in the mission”

Soy Kenobi “No longer believes in the Jedi. As badly as Kenobi has neglected his mission and failed in every regard, that way, he is shown to be even more cowardly than Luke.”

Characters that once inspired audiences are now vessels for a woke agenda. We see Kenobi overshadowed by female characters who either boss him around or constantly save him from danger throughout the show. This is no shocker given that all-new Star Wars media has brought back classic male heroes to make them weaker and overshadowed by their female counterparts.

What’s worse is the off-screen propaganda Disney is promoting. When fans were criticizing actress Moses Ingram, who stars alongside Ewan, about her character, she immediately played the race card. Star Wars went to her defense online, and even McGregor stepped in on Twitter to say, “You’re no Star Wars fan in my Mind” if you don’t accept this new woke character. If Ingram is dealing with racist comments, she should handle it professionally, not send the woke mob after her audience.

This is not a shock coming from Disney. The openly progressive company has turned every beloved character into crusaders for their woke cause. Children, who used to grow up watching positive figures on television, will now have leftist propaganda shoved in their faces. If they speak, they better be ready to be branded a racist.

How Star Wars dumbs down real-world politics for the masses

These days, you can’t even watch a fantasy space opera without a political lecture with a woke tint

Is Star Wars political? If you asked fans of the original movies, they might give you an interesting answer – but if you ask the official Star Wars Twitter account, it most certainly is. It’s got “WARS” in the name, after all.

The Star Wars official Twitter account has absolutely no problem bullying anyone off Twitter – and it’s done exactly that. If you aren’t a fan, or if you have some mild criticism about what they’re doing, then good luck to you and godspeed – you won’t survive the angry mob.

In many ways, the official Star Wars Twitter account’s behavior isn’t at all unlike what members of Tumblr’s fandoms – be it for Steven Universe or Kora, The Last Avatar – would do to anyone who stepped out of line.

All of these Tumblr fandoms were the progenitors of Twitter’s woke brigade, the woke mob, or the wokenista. Whatever you want to call it, the fandoms came before it, and they’ve long-since embraced politics as their main medium to bully, harass, and otherwise destroy anyone who dares to stand in their way.

Politics wasn’t always this nasty. Before social media, the only people who cared about politics were those tuned in 24/7 to CNN, MSNBC, Fox News, or AM radio. They were older people. Boomers. The argumentative uncle you had over at Christmas dinner once a year, whom you’d try to avoid having any sort of conversations with because you knew he would launch into a rant about whatever was happening on Capitol Hill.

Politics was stuff no one cared about. Until now.

But the influx of Tumblr fandoms into Twitter, brought on by the collapse of Tumblr itself – injected new blood into the arena. And much of it was promoted, advanced, and pushed by political operatives who want new voters. There was a big push, after all, for Democrats to “Pokemon Go to the Polls” way back in 2016 when Hillary Clinton was running for office – and that was just the beginning.

Politics is no longer exclusive to boomers. It’s for everyone – and if you’re a conservative and the wokest person you know is trying to advance an agenda that impacts your livelihood, then you damn well better get involved in politics, be it to post a meme, share a video, or speak your mind about an issue you care about. After all, if Joe Biden wasn’t in office, you’d still be paying two dollars for a gallon of gas instead of whatever price it’s at right now – and you can thank young, progressive activists like those involved in Tumblr’s – and now Twitter’s – fandoms, for getting Democrats elected.

Segueing back to Star Wars, it’s necessary to discuss how movie franchises like Star Wars have essentially dumbed down politics for the masses. And they’ve done so to the point where the masses, who consume the media, conceive of political sides – liberals and conservatives – and real-world military conflicts, as epic battles between good and evil.

The Star Wars Twitter account, which is no doubt run by a progressive activist, has been promoting a host of very woke, very progressive views that are far out of sync with the original Star Wars. The movies by George Lucas could be best described as escapism at its finest. There was nothing woke and nothing conservative about them. All they offered was a good, entertaining time with absolutely no politics at all.

Star Wars, unfortunately, is no longer apolitical. It’s embraced politics full throttle. For the company that now owns it, Disney, the messaging in their movies, TV shows – and now even their comic books – are a means to promote progressive views.

As detailed in the article, both Lucasfilm and Marvel, which are owned by Disney, say that they’re dedicating this Pride Month to supporting the LGBTQIA+ community’s impact in the world. In and of themselves, the comic book covers aren’t anything special and you’d be forgiven if you didn’t think there was anything Pride-ful about most of them, aside from the little Star Wars rainbow logo.

A couple of them feature some poorly drawn women in apparently lesbian romances – but it’s nothing you’d see much of in the theater. Like other companies to practice Rainbow Capitalism, Disney isn’t above pretending gay people don’t exist in the Chinese, Russian, Middle Eastern and Asian markets, where the company tends to censor its material, knowing full well that the local viewers won’t eat it up. So much for Pride.

In response to the covers, one fan had the audacity to say, “Don’t make Star Wars political.” Perhaps waxing nostalgic about the days when Star Wars was actually good, the fan incurred the ire of the official Star Wars account, which replied that “Queer characters existing isn’t political” and that “Star WARS is literally in our name,” suggesting that war itself is political.

War is political, but don’t let their remarks fool you – Star Wars as a franchise never really was. The “wars” in the name didn’t allude to any real wars, only wars as a sort of vague, nebulous concept that a child might conceive. Real wars are complicated, messy affairs with no good guys, and no bad guys. There’s no ancient evil to defeat, no “big bad” for the heroes to come along and vanquish.

As for Emperor Palpatine taking inspiration from President Richard Nixon – George Lucas did have his biases, after all – it’s not really something any member of the audience could pick up. It was subtle, and Palpatine – if anything, had Nixonian qualities seen through the lens of George Lucas. But he wasn’t Richard Nixon. Certainly, you’d have no idea that he was even based on Richard Nixon unless you read Lucas’ writing notes.

And don’t even get me started on how boring the Senate scenes were in Attack of the Clones. Ceding democracy to the autocratic reign of a tyrant isn’t exactly a novel concept.

Unfortunately, thanks to the popularity of Star Wars and the insistence that Star Wars is political, many people now assign “good” and “evil” to the combatants of any conflict. Take the conflict between Russia and Ukraine, for example. No serious military historian would ever speak in such terms about either country involved, not to mention the US and NATO’s involvement in bolstering Ukraine’s military.

But thanks to Star Wars, warmongers in the media can now very quickly assign “evil” to the Russians, casting them as monsters – like the orcs in Lord of the Rings, and the Ukrainian nationalists as the warriors of Gondor or the Horse-lords of Rohan charging to defend Middle Earth from Sauron. It should come as no surprise that Ukrainian militants often use the exact word – ‘orcs’ – to dehumanize their Russian adversaries.

Like so many other conflicts throughout history, this is one that’s been dumbed down and simplified as a battle between good and evil – and it’s all thanks to media like Star Wars in their modern form.

Naturally, the tweet received over 50,000 likes, and some 10,000 retweets. The fandom, which is as easy as any fandom to pander to, ate it up – and the user who dared raise their voice in objection was very swiftly harangued, harassed, and driven off by hundreds of angry replies accusing them of ignorance, stupidity, and bigotry. One cannot criticize Star Wars without going unpunished.

And unfortunately, these days, one cannot enjoy fictional media without being given a basic, dumbed down lecture in politics. 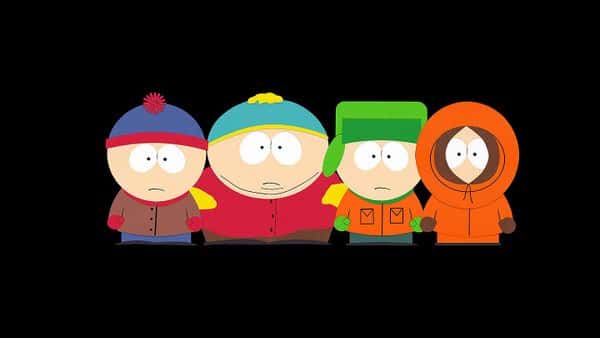