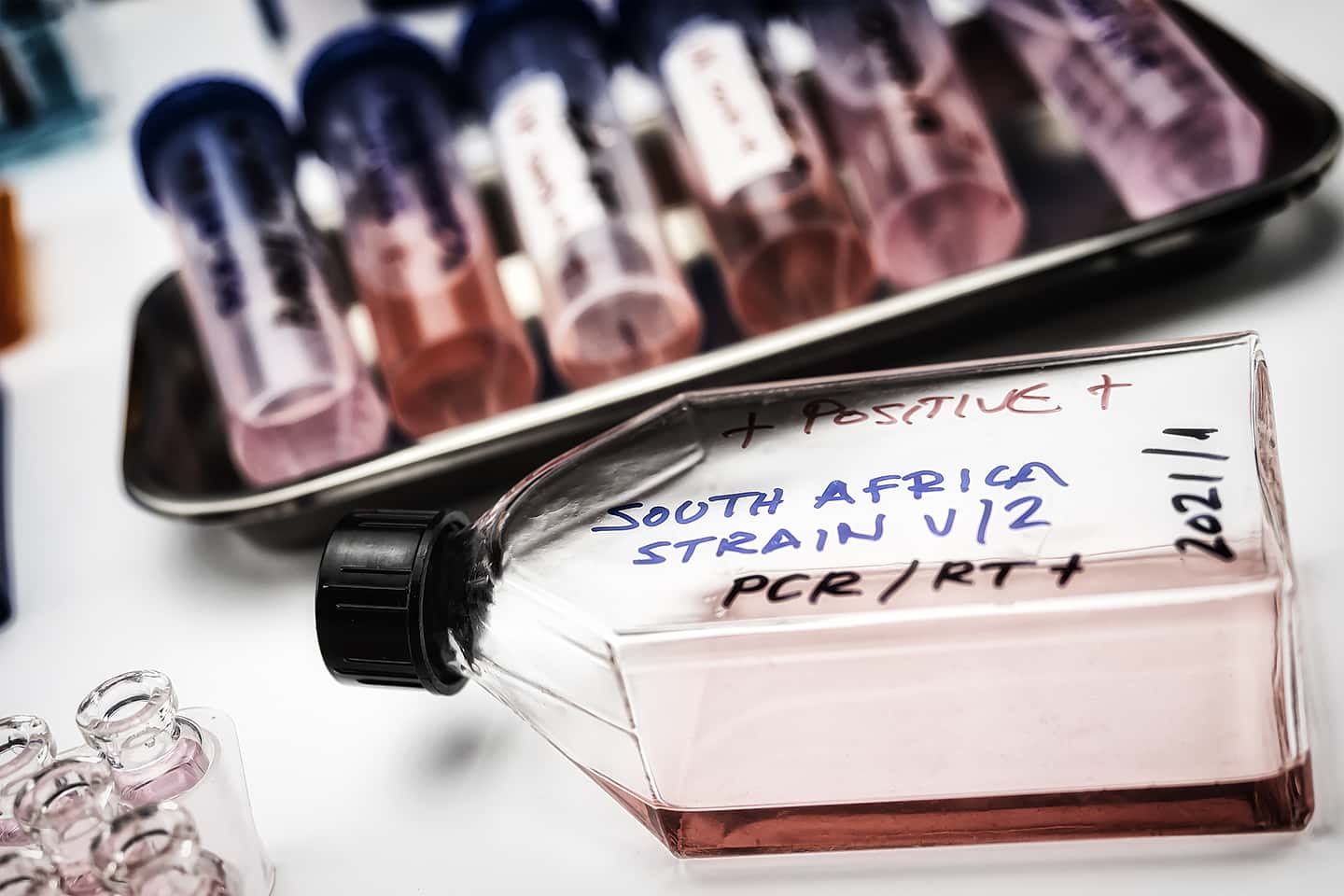 We’ve long been propagandized since the vaccine rollout that this is a pandemic of the unvaccinated, that those who elected to avoid the experimental gene therapy account for over 90% of COVID-19 hospitalizations and deaths.

Well, an NSW data analysis from Joel Smalley, covered by the Highwire, flips this narrative completely upside down.

Now, remember that many governments have stopped publishing data, perhaps because the truth is becoming inconvenient. But let’s take a look at Smalley’s hospitalization chart.

It show’s a ‘stepped-process,’ meaning the more doses you take, the more likely you are to end up in the hospital. Pay close attention to the royal blue color (unvaccinated or no dose); it is consistently at the bottom of hospitalization rates. And notice that BIG, green line (four+ doses)? The quadruple-jabbed are far more likely to end up in the hospital than even their three-dose counterparts.

But what’s most astonishing is when Smalley calculated the risk multiplier by vaccination status. This number is sure to make anyone jump straight out of their seat.

“According to their own data, in the last seven weeks, you are 37 times more likely to be hospitalized with COVID if you are vaccinated than if you are not.”

Holy cow. Listen to what the Highwire’s Jeffrey Jaxen has to say about this.

“That is the data, ladies and gentlemen! And that is a that is a shocking graph that should really be talked about a lot more. I don't know why people aren't talking about this, but that is dose dependent and it's showing hospitalizations, which is not a small cookie there.”

No small cookie, indeed. Thanks, Joel Smalley and the Highwire, for bringing attention to this crucial data. It will surely impede any further bogus claims on this very topic.

Jeffrey Jaxen and the Highwire continue to do excellent reporting. Follow the link below if you’d like to watch their latest episode. And If you want to subscribe to Joel Smalley, you can do so here.

Articles and video clips by The Vigilant Fox are available for republishing and licensed under a Creative Commons Attribution 4.0 International License. All I ask is credit for the piece, a link to this Substack, and a video embed.

By The Vigilant Fox

Deborah Birx was the White House Covid response coordinator under President Donald Trump. Jeffrey Tucker recently wrote a brutal takedown of her woeful interpretation of science and data designed to manipulate Trump into going along with her preferred but misguided policy interventions to deal with the Covid outbreak.

‘I understand the safety of the vaccine … I understand the depth of the efficacy of this vaccine. This is one of the most highly-effective vaccines we have in our infectious disease arsenal’.

Appearing on Fox News on July 22, however, she claimed:

This might help to explain why there has been such a concerning collapse of public confidence in leading health institutions and ‘authorities’.

Biden’s claim of a pandemic of the unvaccinated

On May 16, 2021, Dr Anthony Fauci claimed that vaccination did not just protect the individual, but also the community, because ‘by preventing the spread of the virus … you become a dead end to the virus. And when there are a lot of dead ends around, the virus is not going to go anywhere’.

Relying in the judgment of his chief medical adviser, Biden took to talking about the pandemic of the unvaccinated in a two-track effort both to encourage vaccine take up and to vilify, demonise, and shame those who remained uncertain.

We have now had both Dr Fauci, the public face of the US management of the pandemic, revered in some quarters and reviled in others, and President Biden himself infected with Covid, despite both being double-vaccinated and double-boosted.

Inevitably, to try and stop the official narrative on the benefits of the vaccine from unravelling completely and to encourage continuing boosters, they insist that their updated vaccination status helped to limit the severity of their infection. This is based on a cult-like faith, akin to self-validating and self-cancelling explanations put forth by astrologers for predictions that come true and don’t, as the case may be.

On July 20, Fauci admitted that the data makes it clear that ‘vaccines – because of the high degree of transmissibility of this virus – don’t protect overly well, as it were, against infection’. Robert F. Kennedy Jr asked why the media was not holding Fauci ‘accountable for the costly national policies and the lockdowns that were utterly built upon his initial assertion that the vaccines would prevent transmission and end the pandemic’.

Equally, of course, one must ask again: if vaccines don’t stop transmission, how does the government justify vaccination mandates for travel to America?

In a matching vein, the New South Wales (NSW) Health report for the week ending July 23 claims that:

‘The minority of the overall population who have not been vaccinated are significantly overrepresented among patients in hospitals and ICUs with Covid’.

The following challenges that claim using their own data.

In September 2021, NSW had 844 staffed ICU beds, of which 173 (20.5 per cent) were occupied by Covid patients. (Australia-wide, the number of ICU beds is 2,183.) By January 2022, the number had increased to around 1,000. If necessary, this can be bumped up further by utilising the limited number of ICU beds in private hospitals.

There are 9,500 general ward beds in public and another 3,000 beds in private hospitals in NSW. In mid-July 2022, there were 2,058 people in hospital with Covid in NSW, or 21.7 per cent of the public system’s capacity and 16.5 per cent of the state’s total hospital beds capacity. An additional 6,500 people were in hospital for non-Covid reasons.

During the week of July 16–23, a total of 918 people were admitted to hospital with Covid, another 77 into ICU, and 146 people died with Covid illness (though not necessarily as the primary cause of death). Moreover, of the 146 deaths, only one was aged below 60, so that people aged 60 and above accounted for 99.3 per cent of all Covid-related deaths in the state.

Additionally, of the 146 dead, the vaccination status of 4 was not known. 122 of the remaining 142 – 85.9 per cent – were at least double-vaccinated and 55 had received three doses of the vaccine: by far the biggest single cohort. Hence the thought that perhaps what we are experiencing is a pandemic of the triple-vaccinated.

Thus doubts about the effectiveness of a new product in treating any disease can only be resolved once the vaccine is widely available and administered to the target population. GAVI (the Global Alliance for Vaccines and Immunisation), now called Gavi, the Vaccine Alliance, is a partnership between the World Health Organisation, Unicef, the World Bank, and the Bill & Melinda Gates Foundation.

Writing for GAVI, Priya Joi offers similar definitions, describing ‘efficacy’ as the measure of how much a vaccine prevents infection (and possibly also transmission) under ideal, controlled conditions where a vaccinated group is compared with a placebo group. She adds: ‘Vaccines do not always need to have an exceptionally high effectiveness to be useful, for example the influenza vaccine is 40-60 per cent effective yet saves thousands of lives every year’.

Examining the percentage of the thrice-jabbed in hospital admissions, ICU beds, and dead against the baseline of their share in the overall population, preferably age-adjusted, is critical to calculating vaccine efficacy. I’m not sure how helpful that is to assessing the effectiveness of vaccines in keeping the absolute numbers down below the state’s or country’s capacity thresholds of hospital and ICU beds. So yes, it’s true that the three-dosed are significantly under-represented in hospital admissions, ICU beds, and dead compared to their shares in the population. The triple-vaccinated account for 68 per cent of the overall adult population but make up only around half of all three groups.

If, however, the primary public health justification for universal vaccination is to reduce the burden on the health infrastructure and prevent hospitals and ICU capacity from being overwhelmed – which was indeed the main justification in the language of two-three weeks to flatten the curve – then the key question becomes: How effective are the vaccines in preventing hospital admissions and ICU occupancy? Their role in preventing infection by itself is less important than their effectiveness in controlling the severity of the disease.

The strain on hospital wards and ICU beds comes from large absolute numbers, not the proportionate share of those vaccinated in the general population. This is why the reality of the triple-vaccinated column towering over all others in the three charts is a graphic illustration of the ineffectiveness of vaccines irrespective of their efficacy. When the vaccinated are being infected, transmit, present to hospitals, and need ICU beds in such volume, the case for vaccine mandates has collapsed completely even though it remains advisable for many individuals, especially the elderly and otherwise vulnerable groups. It really does reinforce doubts about whether to call them vaccines. True, some other vaccines too require boosters, but only after gaps of several years rather than four shots every year.

Efficacy is more helpful to an individual in assessing the relative risk of infection if vaccinated or not. Because Covid vaccines were granted emergency-use authorisation and long-term efficacy and safety profiles were simply not available, doubts have persisted about the integrity, credibility, and long-term reliability of data and results from the trials conducted by the vaccine manufacturers.

Moreover, as we’ve been made aware with respect to the UK, different branches of the government like the Health Security Agency and the Office of National Statistics use different and hotly contested methodologies for calculating the numbers and proportions of the population infected by Covid, which in turn determines the estimated infection fatality rate (IFR).

In any case, even if we agree that the IFR and case fatality rate (CFR) of flu and Covid are broadly comparable by now, the scale and magnitude of Covid means that similar IFR and CFR still produce vastly different orders of challenges for public health policy.

By contrast the effectiveness of the vaccines for controlling hospital admissions, ICU bed occupancy, and mortality is measured by solid and reliable information that is both accurate and comprehensive in Western countries. This makes vaccine effectiveness a better policy tool for deciding on population-wide mandates while efficacy might be the more relevant for informed individual decisions.

In the period for the weeks ending May 28 to July 23, 2022 in NSW, of those whose vaccination status was known, the unvaccinated people made up just 0.2, 1.6 and 13.5 per cent of NSW’s Covid patients in hospital, ICU and dead, respectively. By comparison, those who were at least double-vaccinated accounted for 97.9, 95.8, and 84.6 per cent of Covid hospital admission, ICU, and deaths during the nine weeks. In the final week of this nine-week period, of those with Covid whose vaccination status was known, there was only one unvaccinated person each among the 693 hospital and 54 ICU admissions, compared to 678 with two, three and four vaccine doses in hospital and 50 in ICU beds.

The claim that the unvaccinated are ‘significantly overrepresented’ in Covid hospital admissions and ICU occupancy is not just misleading, it’s downright false. Do they look at the data in their reports before drawing policy conclusions?

As knowledge about the rapidly fading efficacy of the vaccines, and in particular of each successor booster dose, has firmed, and also as the vaccine escape properties of the newer variants of Covid have become better known, the equivalent question now is: are we into the era of the pandemic of the triple-vaccinated? The biggest strain on NSW hospitals and ICU beds is coming from their numbers.

The ineffectiveness of vaccines in reducing hospital admissions and ICU demand is in itself sufficient to torpedo vaccine mandates. Doubts on their efficacy and concerns about their adverse effects and long-term safety further strengthens the case against mandates.

This article is a republication of an article originally published here by the Brownstone Institute on July 26. It has been updated with one additional week of data from NSW Health published on July 28.