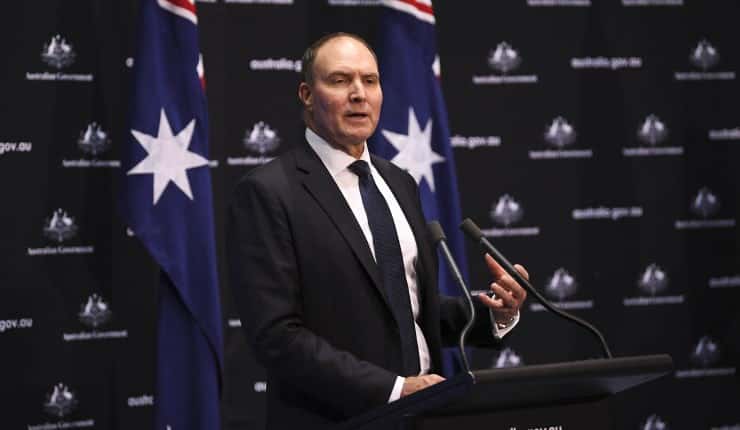 That stalwart of Australia’s pandemic response, the National COVID-19 Commission, is no more.

Morrison put the commission out of its misery yesterday, declaring the “crisis management” phase of the pandemic over (even as thousands of Australians remained stranded in virus-ravaged India).

I want to thank the chair of the board, Mr Nev Power, and each of the current and former commissioners for their work. They answered the call for their country when they were needed and have worked hard to support the government’s plans for managing the virus and economic recovery.

From the outset, the commission was stacked almost entirely with business leaders, with a few bureaucrats tossed in for good measure (though they quickly disappeared).

It was supposed to be a “problem-solving” group that would allow “CEOs to talk to CEOs” and involve the private sector in the pandemic response.

So, what exactly did we get out of the commission, chaired by former Fortescue Metals boss Nev Power and stacked with executives from the fossil fuel industry?

The board’s largest achievement — a secret manufacturing taskforce report — was used to justify the Coalition’s “gas-led recovery”. This triggered a wave of criticism given the board’s connections to the gas and fossil fuel industry, particularly special adviser Andrew Liveris, the former Dow Chemical boss who sits on the board of mining services company Worley and oil giant Saudi Aramco.

The plan has been used to justify taxpayer subsidies for new gas projects, including a gas-fired plant in Kurri Kurri NSW, at a time when the rest of the world is making drastic moves to lower emissions.

The commission has put out little in the way of official announcements, with its news section consisting entirely of:

In July the commission was granted a new mandate that allowed much of its work to be deemed “cabinet in confidence”, meaning it could operate largely behind closed doors. This was challenged by independent Senator Rex Patrick.

The commission spent more than $1 million on market research, none of which has been released publicly. About $541,000 of that went to former Liberal Party pollster Jim Reed, prompting Labor to accuse the government of handing contracts to mates.

Less publicised has been the cost of the commission, whose other work, according to AusTender, includes more than a dozen public contracts, including:

Salaries of board members

Peter Harris’s consulting company got $137,550 for April-October 2020 and then $58,360 from October 2020 to April 2021. Jenny Acton, former senior deputy president of the Fair Work Commission, received $83,000 for her work on the industrial relations taskforce.

By Chris Woods and Georgia Wilkins