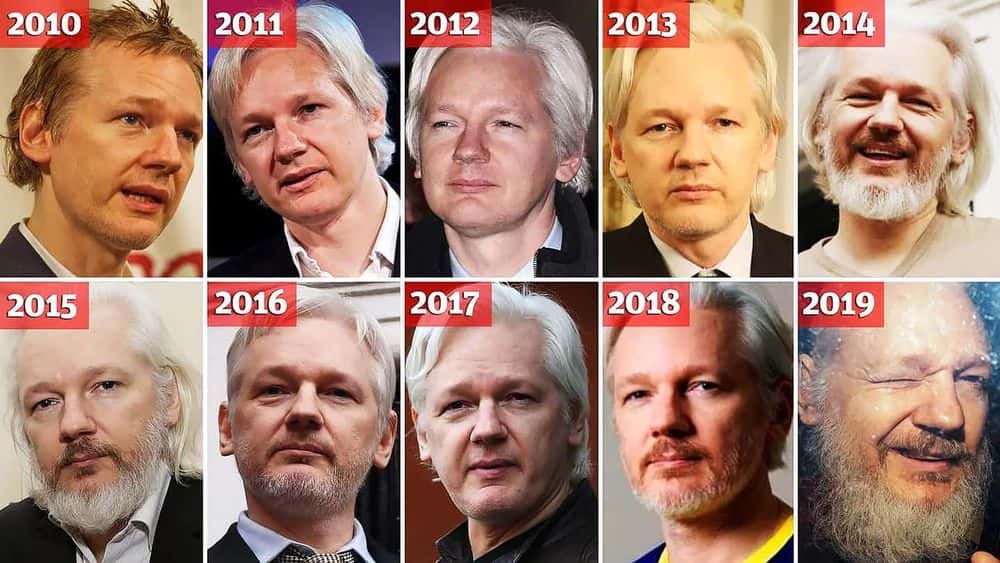 On the final day of the Assange extradition hearing, magistrate Vanessa Baraitser refused to accept an affidavit from Assange’s solicitor Gareth Peirce, on the grounds it was out of time.

The affidavit explained that the defence had been unable to respond to the new accusations in the United States government’s second superseding indictment, because these wholly new matters had been sprung on them just six weeks before the hearing resumed on 8 September 2020.

The defence had not only to gather evidence from Iceland, but had virtually no access to Assange to take his evidence and instructions, as he was effectively in solitary confinement in Belmarsh. The defence had requested an adjournment to give them time to address the new accusations, but this adjournment had been refused by Baraitser.

She now refused to accept Gareth Peirce’s affidavit setting out these facts.

What had happened was this. The hearings on the Assange extradition in January 2020 did not seem to be going well for the US government. The arguments that political extradition is specifically banned by the UK/US extradition treaty, and that the publisher was not responsible for Chelsea Manning’s whistleblowing on war crimes, appeared to be strong. The US Justice Department had decided that it therefore needed a new tack and to discover some “crimes” by Assange that seemed less noble than the Manning revelations.

To achieve this, the FBI turned to an informant in Iceland, Sigi Thordarson, who was willing to testify that Assange had been involved with him in, inter alia, hacking private banking information and tracking Icelandic police vehicles. This was of course much easier to portray as crime, as opposed to journalism, so the second superseding indictment was produced based on Thordarson’s story, which was elaborated with Thordarson by an FBI team.

The difficulty was that Thordarson was hardly a reliable witness. He had already been convicted in Iceland for stealing approximately $50,000 from Wikileaks and with impersonating Julian Assange online, not to mention the inconvenient fact he is a registered sex offender for online activities with under-age boys. The FBI team was in fact expelled from Iceland by the Icelandic government, who viewed what the FBI was doing with Thordarson as wholly illegitimate.

Notwithstanding all of that, in June 2020 we had the extraordinary position of the US government, 18 months since the start of extradition proceedings and six months after opening arguments had been heard by the court, being permitted completely to change the charges and alleged crimes which were the grounds for extradition, in the second superseding indictment.

On 8 September 2020 I was in court to report Mark Summers QC addressing the question of these new superseding charges:

The court resumed with a new defence application, led by Mark Summers QC, about the new charges from the US governments new superseding indictment. Summers took the court back over the history of this extradition hearing. The first indictment had been drawn up in March of 2018. In January 2019 a provisional request for extradition had been made, which had been implemented in April of 2019 on Assange’s removal from the Embassy. In June 2019 this was replaced by the full request with a new, second indictment which had been the basis of these proceedings before today. A whole series of hearings had taken place on the basis of that second indictment.

The defence had not been properly informed of the superseding indictment, and indeed had learnt of its existence only through a US government press release on 20 June. It had not finally been officially served in these proceedings until 29 July, just six weeks ago. At first, it had not been clear how the superseding indictment would affect the charges, as the US government was briefing it made no difference but just gave additional detail. But on 21 August 2020, not before, it finally became clear in new US government submissions that the charges themselves had been changed.

There were now new charges that were standalone and did not depend on the earlier allegations. Even if the 18 Manning related charges were rejected, these new allegations could still form grounds for extradition. These new allegations included encouraging the stealing of data from a bank and from the government of Iceland, passing information on tracking police vehicles, and hacking the computers both of individuals and of a security company.

“How much of this newly alleged material is criminal is anybody’s guess”, stated Summers, going on to explain that it was not at all clear that an Australian giving advice from outwith Iceland to someone in Iceland on how to crack a code, was actually criminal if it occurred in the UK. This was even without considering the test of dual criminality in the US also, which had to be passed before the conduct was subject to extradition.

It was unthinkable that allegations of this magnitude would be the subject of a Part 2 extradition hearing within six weeks if they were submitted as a new case. Plainly that did not give the defence time to prepare, or to line up witnesses to these new charges. Among the issues relating to these new charges the defence would wish to address, were that some were not criminal, some were out of time limitation, some had already been charged in other fora (including Southwark Crown Court and courts in the USA).

There were also important questions to be asked about the origins of some of these charges and the dubious nature of the witnesses. In particular the witness identified as “teenager” was the same person identified as “Iceland 1” in the previous indictment. That indictment had contained a “health warning” over this witness given by the US Department of Justice. This new indictment removed that warning. But the fact was, this witness is Sigurdur Thordarson, who had been convicted in Iceland in relation to these events of fraud, theft, stealing Wikileaks money and material and impersonating Julian Assange.

The indictment did not state that the FBI had been “kicked out of Iceland for trying to use Thordarson to frame Assange”, stated Summers baldly.

Summers said all these matters should be ventilated in these hearings if the new charges were to be heard, but the defence simply did not have time to prepare its answers or its witnesses in the brief six weeks it had since receiving them, even setting aside the extreme problems of contact with Assange in the conditions in which he was being held in Belmarsh prison.

The defence would plainly need time to prepare answers to these new charges, but it would plainly be unfair to keep Assange in jail for the months that would take. The defence therefore suggested that these new charges should be excised from the conduct to be considered by the court, and they should go ahead with the evidence on criminal behaviour confined to what conduct had previously been alleged.

Summers argued it was “entirely unfair” to add what were in law new and separate criminal allegations, at short notice and “entirely without warning and not giving the defence time to respond to it. What is happening here is abnormal, unfair and liable to create real injustice if allowed to continue.”

Summers concluded that the “case should be confined to that conduct which the American government had seen fit to allege in the eighteen months of the case” before their second new indictment.

Baraitser refused to rule out the new charges, and then did rule out the immediate defence request for an adjournment to give them time to respond to the new charges. At the end of the hearings she refused to accept the Peirce affidavit explaining why the defence was unable to respond. The court had by then spent nearly a month listening to witnesses refuting the first superseding indictment, as prepared by the defence, but nothing addressing the second superseding indictment.

Summers was absolutely furious when Baraitser refused to accept Peirce’s affidavit on the subject, to the extent he was still explosive in the street outside after the hearings had concluded.

While Baraitser’s eventual decision barred extradition on the grounds of Assange’s health and US inhumane prison conditions, the second superseding indictment and Thordarson’s accusations were accepted as a valid basis for extradition.

Thordarson has now told Icelandic magazine Stundin that his allegations against Assange contained in the indictment are untrue, and that Assange had not solicited the hacking of bank or police details. This is hardly a shock, though Thordarson’s motives for coming clean now are obscure; he is plainly a deeply troubled and often malicious individual.
Thordarson was always the most unreliable of witnesses, and I find it impossible to believe that the FBI cooperation with him was ever any more than deliberate fabrication of evidence by the FBI.

Edward Snowden has tweeted that Thordarson recanting will end the case against Julian Assange. Most certainly it should end it, but I fear it will not.

Many things should have ended the case against Assange. The First Amendment, the ban on political extradition in the US/UK Extradition Treaty, the CIA spying on the preparations of Assange’s defence counsel, all of these should have stopped the case dead in its tracks.

It is now five months since extradition was refused, no US government appeal against that decision has yet been accepted by the High Court, and yet Julian remains confined to the UK’s highest security prison. The revelation that Thordarson’s allegations are fabricated – which everyone knew already, Baraitser just pretended she didn’t – is just one more illegality that the Establishment will shimmy over in its continued persecution of Assange.

Assange democratised information and gave real power to the people for a while, worldwide. He revealed US war crimes. For that his life is destroyed. Neither law nor truth have anything to do with it.