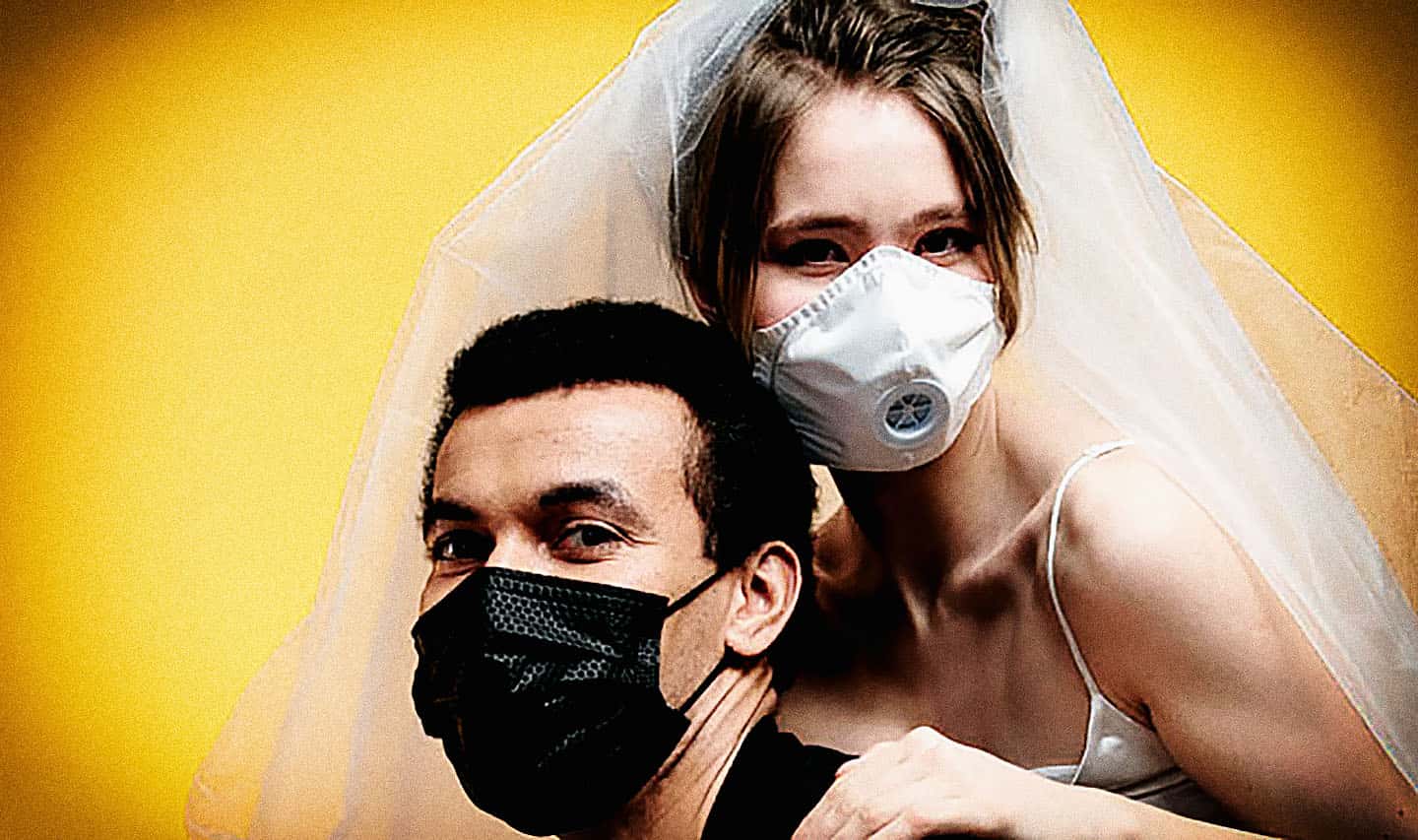 She slowly slipped her mask down and removed her gloves.

Then lowered her second mask.

That was as far as they would go this time…

The other three layers would have to wait, though the temptation to tear them off made both of them ache with longing. Or maybe the aches were from Long Covid? It was hard to tell. Love, Covid, and the common cold felt so alike.

She was naughtier than her online date. He still had his five masks on.

Feeling guilty, they ended the Zoom call, but resolved to meet in person as soon as their beloved State Premier would allow it.

Weeks later, they finally met – just before curfew. He gently caressed her vaccine patch and whispered in her ear, ‘What are your pronouns?’

‘Ze/zir…’ Was it love? Or was it the effects of her Pfizer shot? She couldn’t be sure, but was still fully masked. She loved him for that, at least.

‘We’re in this together,’ he told her, as he mumbled something about flattening the curve.

Her natural immunity was no defence against his seductive charm. She reached for the hand sanitiser.

‘Is that a vaccine passport in your hazmat suit – or are you just happy to see me?’ she asked playfully, creeping dangerously within 1.5m of him.

The smell of sanitiser filled the air.

They could no longer resist one another. She surged toward him, breaching the social distancing rules with wanton abandon despite his sensible abundance of caution.

…and bumped into the rapid antigen test in his top pocket.

He wanted to kiss her when they bumped elbows, but he was understandably nervous. Omicron was wildly contagious and the curfew was about to end.

Popping an Ivermectin pill for courage, he pulled the swab from his pocket, looked at her with longing eyes, and asked, ‘Mind if I insert this in your nostril? The RAT test will give us a result within 10 minutes. It’s very effective.’

‘Fancy a swab?’ he repeated, over and over until she swooned. Or maybe it was a stroke… He couldn’t tell.

He suddenly felt giddy. It was love – or a blood clot… He wouldn’t know for a few weeks. Who even cared? This was the ‘new normal’ and it was wonderful.

It was then that he noticed her droopy eye.

‘This is not my first jab, if that’s what you were going to ask,’ she told him softly.

Getting down on one knee, he found the courage to finally ask, ‘Will you do me the honour of becoming my government sanctioned bubble buddy? To isolate and to lockdown from this day forward?’

She could not have loved him more in that moment.

She was breathless. Maybe from delight – maybe from Delta…

If this was the ‘new normal’, she wanted more.

She ran her hands over his chest, certain she could feel the strength of the spike protein through his shirt.

A Covid Marshal sprang from nowhere and pulled out a measuring tape.

‘1.5 metres is plenty close enough!’ barked the Covid Marshal, quickly placing a protective plastic shield between them. ‘Staying apart keeps you together!!!’

In that moment they realised they had been so busy checking each other out that they had forgotten to check in with their QR codes!

Waves of guilt flooded over them. They had put lives at risk. And for what? An elbow bump? A fleeting glimpse of the other without a mask?

They resolved never to meet again. It simply wasn’t safe.