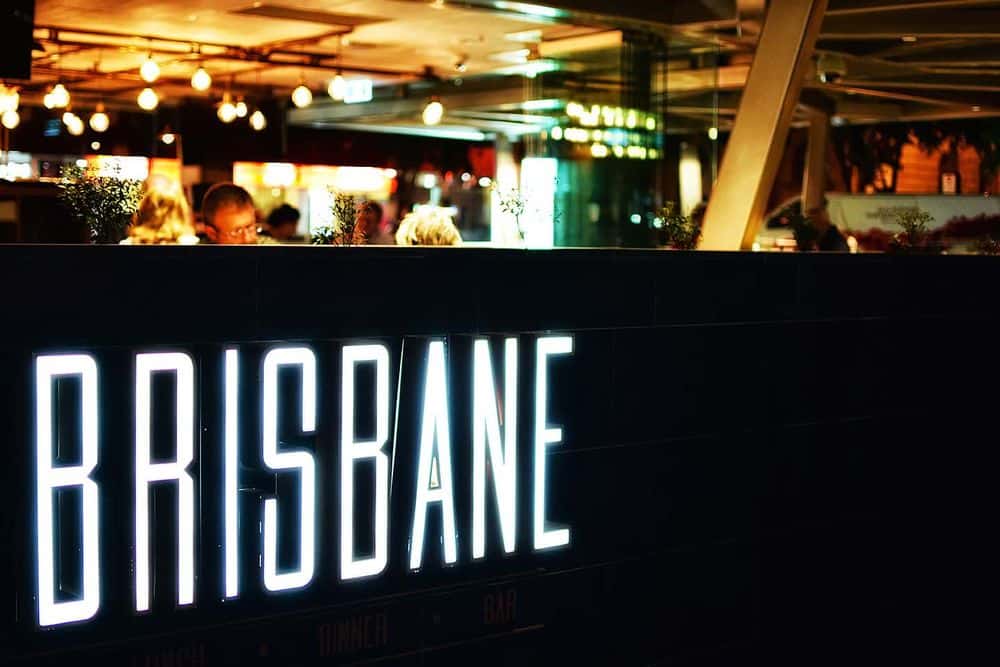 Brisbane restaurateur and Montrachet co-owner Shannon Kellam endured 1,000 booking cancellations in a day ahead of last year's coronavirus lockdown, but says the past few weeks have almost broken them.

The constant anxiety and stress of trying to keep the business afloat for the past 14 months has not only cost him hundreds of thousands of dollars, but his mental health.

Customers still don't have confidence to book big parties due to recent short and sharp lockdowns.

And with social distancing rules, Mr Kellam's flagship restaurant can only seat 30 people, half its usual capacity.

Montrachet was a thriving restaurant on Brisbane's King Street strip but now stands idle most lunch times and only opens five nights a week.

"Not seeing the light at the end of the tunnel is what is making it very hard," Mr Kellam said.

"The shutdown we had this April really brought us to our knees — with three pastry shops, a massive central kitchen, a cooking school and restaurants, we had bought a lot of produce ahead of Easter.

"Events weeks ahead were cancelled because no-one knew how long the shutdown would last.

"I can see myself going to an early grave, I can feel it now and for what?

"To work out how to pay deferred rent or taxes? To try and train someone who does not want to work?

"For the first time in 28 years, I have never been so close to giving up as I have been in the last four to five weeks since that last shutdown."

His wife and business partner Clare Kellam said while they were aware of how lucky Australia had been in battling the COVID-19 crisis compared with countries like India, the United States and the United Kingdom, she still felt angry and frustrated.

Their five businesses were down more than $1 million since the pandemic began.

"There have definitely been discussions: Is it all too much? Should we just move to Bribie Island and sell paddle pops and have some sort of life without the stress and anxiety?" she said.

"I actually reached out to someone in the state government recently and they sent me a link to apply for JobKeeper. Note, this was sent to me after JobKeeper had been axed."

He said while the industry was showing signs of recovery, it was a two-speed economy.

"The regions and the suburbs are enjoying 30 per cent to 40 per cent over 2019 revenue levels because people continue to work from home and are eating out more because they cannot go overseas," he said.

"But CBDs around the country, including Brisbane, are down [as much as] 40 per cent.

"That means there are many businesses that would still be qualifying for JobKeeper if it was around."

Mr Lambert said snap lockdowns had cost the industry tens of millions of dollars a day across Australia.

He said owners were having to "rubbish millions of dollars of produce".

His data showed nearly 10 per cent of businesses would be closed by June 30 and would not reopen.

Il Verde Italian restaurant owner Bob Haddad said it was very hard to get trade back to normal but he was ecstatic the business was still open.

He has four other venues and said losses in turnover alone so far totalled around $500,000.

"It is a matter of existence, staying afloat," he said.

Mr Haddad said he would like rent adjusted to take into account his low revenue and he was desperate to find more qualified staff.

High-end caterer Jerome Dalton said he had run out of personal money to inject into his business, which had continued to go backwards.

"It is frustrating and depressing — and a little bit scary.

"We are trading slowly and could be shut down any moment."

Mr Dalton said the JobKeeper subsidy had allowed him to keep all his staff, but he was struggling now that the support had gone.

While the recent federal budget committed $2.7 billion to boosting apprenticeships via a wage subsidy and the Job Trainer Fund was expanded, Mr Dalton said it was not enough.

"They could take their foot off our heads tax-wise; just some relief would be great," he said.

The third-generation business decided to grow bigger rather than shrink during the COVID-19 crisis, moving from a Queen Street high-rise to an iconic riverfront site at South Bank (following the closure of Stokehouse).

General manager Alan Hunter said it was a massive commitment "to move a restaurant in the middle of a pandemic to a larger set of square metreage for what we saw would be more opportunity in the long run."

"It was having faith that we could find our way through this difficult situation," he said.

"It is not without challenges though, given the current restrictions, but staff shortages are our biggest hardship."

Mr Hunter said they would love to be running at 100 per cent capacity but could not because many of their overseas hospitality workers had flown home.

Overseas workers had accounted for 40 per cent of their staff.

"It has been stressful but there is a way to trade through this," he said.