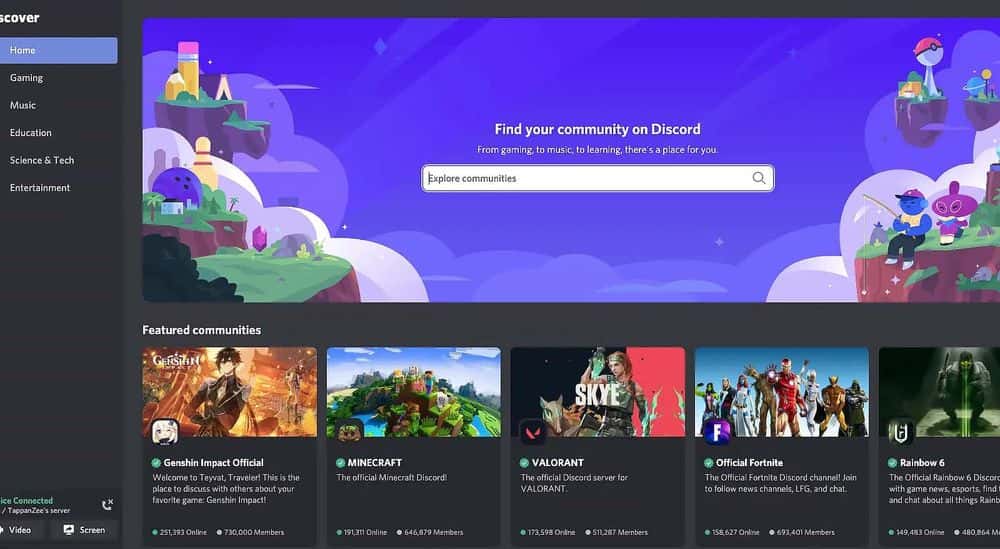 Use a chat app that won't dictate what you're allowed to talk about.
As Big Tech companies have continued to mass censor public social media platforms and used their algorithms to manipulate the posts that users see, the popularity of community chat apps has soared.

Unlike most of the major social media platforms, where algorithmically curated newsfeeds and recommendations determine what users see, the content in community chat apps is driven by the users. Users create or join a server or room that aligns with their interests and then start chatting with other like-minded users in real-time.

Yet despite becoming the most popular app in a sector that’s driven by free-flowing conversations, the community chat app Discord has started to restrict what users say on its servers and used censorship buzzwords such as “hate speech” and “misinformation” to shut down several popular communities.

These alternatives provide many of the same community chat features as Discord without the censorship. Many also use privacy-preserving technology that ensures that only you and the people you’re chatting with can see the conversations.

Check them out and be sure to tell your friends and family about them.

A community chat app that claims to have “military-grade encryption” and “built-in privacy” that prevents TeamSpeak staff from accessing your voice or text chat data. You can also use TeamSpeak anonymously without signing up for an account.

In addition to the privacy features, TeamSpeak also gives you complete control of your experience with its customizable user interface, advanced permissions system, and the ability to host your own private server.

TeamSpeak supports private and public chats. Public chats are publicly discoverable and searchable while private chats are password protected. Chat channels also have flexible permissions that can be set to allow just the channel creator to post updates, to allow anyone to comment, or anything in between.

If you’re using TeamSpeak while gaming, you can also take advantage of its gaming-centric features which include in-game overlays, hotkey support for gamepads and joysticks, and 3D positional audio as standard.

An open-source community chat app that can be self-hosted for maximum control over data security and privacy. Other privacy features include always encrypted communication and public/private key authentication by default.

Some of the app’s standout features are its extensive permission system )which let you control who can post updates or talk in each server and groups), its scripts (which make it easy to add extra functionality via application programming interfaces (APIs) and bots), and the ability to recognize friends across servers.

The app is available on all the major desktop platforms (Windows, macOS, and Linux) and there are third-party mobile Mumble clients available on Android.

While Telegram is a messaging app, it also offers an impressive array of community chat app features via Telegram channels and groups.

Channels and groups can be public or private. Channels let the channel creator and its admins broadcast messages to an unlimited number of subscribers whereas groups let up to 200,000 members participate in a community chat.

Telegram’s other features include voice chat recording, speaker and listener links (which make it easy to invite speakers and listeners by sharing the link), customizable notifications, stickers, and multiple display customization options.

Telegram is available on all the major desktop and mobile platforms. It also has two feature-rich web apps.

Element can be self-hosted for maximum privacy and security and supports text, voice, and video group chats. It has a range of customization options for public rooms which include toggling whether it’s listed in Element’s public directory and toggling whether the chat history is publicly visible.

One of its standout features is the Element App Store which integrates the app with a wide range of other services to extend its functionality. You can even connect Element with other community and team chat apps such as Discord, Telegram, Internet Relay Chat (IRC) channels, and Slack and chat with people using those services.

A decentralized, end-to-end encrypted community chat from the creators of the alternative social network Minds that uses the open-source Matrix protocol.

Minds Chat supports text, voice, and video chats along with public and private rooms. The app makes it easy to find public rooms via its in-app search and supports dark mode.

Not only are chats end-to-end encrypted but the Matrix protocol also provides several other privacy and security features including cross-signed device verification (which lets users verify their chat sessions) and self-hosting (which lets users own their data for increased security and privacy).

Since it uses the Matrix protocol, Minds Chat can also connect to a wide range of other third-party collaboration, messaging, and social apps.

Minds Chat has mobile apps on both Android and iOS. It also has a web app that can be accessed via any major desktop or mobile browser.

It has both public and private rooms. Messages in private rooms are encrypted on the user’s device and can’t be read by Gab and all messages are deleted after 30 days.

Since it’s web-based, Gab Chat can be accessed from any desktop or mobile device via most browsers with Mozilla’s Firefox browser being the only major browser that isn’t compatible with the app.

The app makes it easy to browse public rooms via its directory which is linked to in the sidebar and you can also star your favorite rooms so that they’re always listed in the sidebar. Some of its other features include dark mode and customizable font size.

Gab Chat is also integrated with Gab’s other services including its social network Gab Social and its news aggregator Gab Trends which means you can quickly connect an existing Gab account to Gab Chat and start chatting.

One thing to note is that Gab Chat is text only and doesn’t currently support voice or video chat.

Every user accesses Retroshare via a node. They can then connect their node with their friend’s nodes to create a mesh network. Links between nodes are encrypted for maximum privacy and security.

Retroshare is designed for chatting with people you already know and the public chat features aren’t as extensive as those offered by other apps. However, there are some public Retroshare chat servers available.

Full versions of Retroshare are available for Windows, macOS, and Linux. It also has an experimental Android package on F-Droid.

By Reclaim the Net