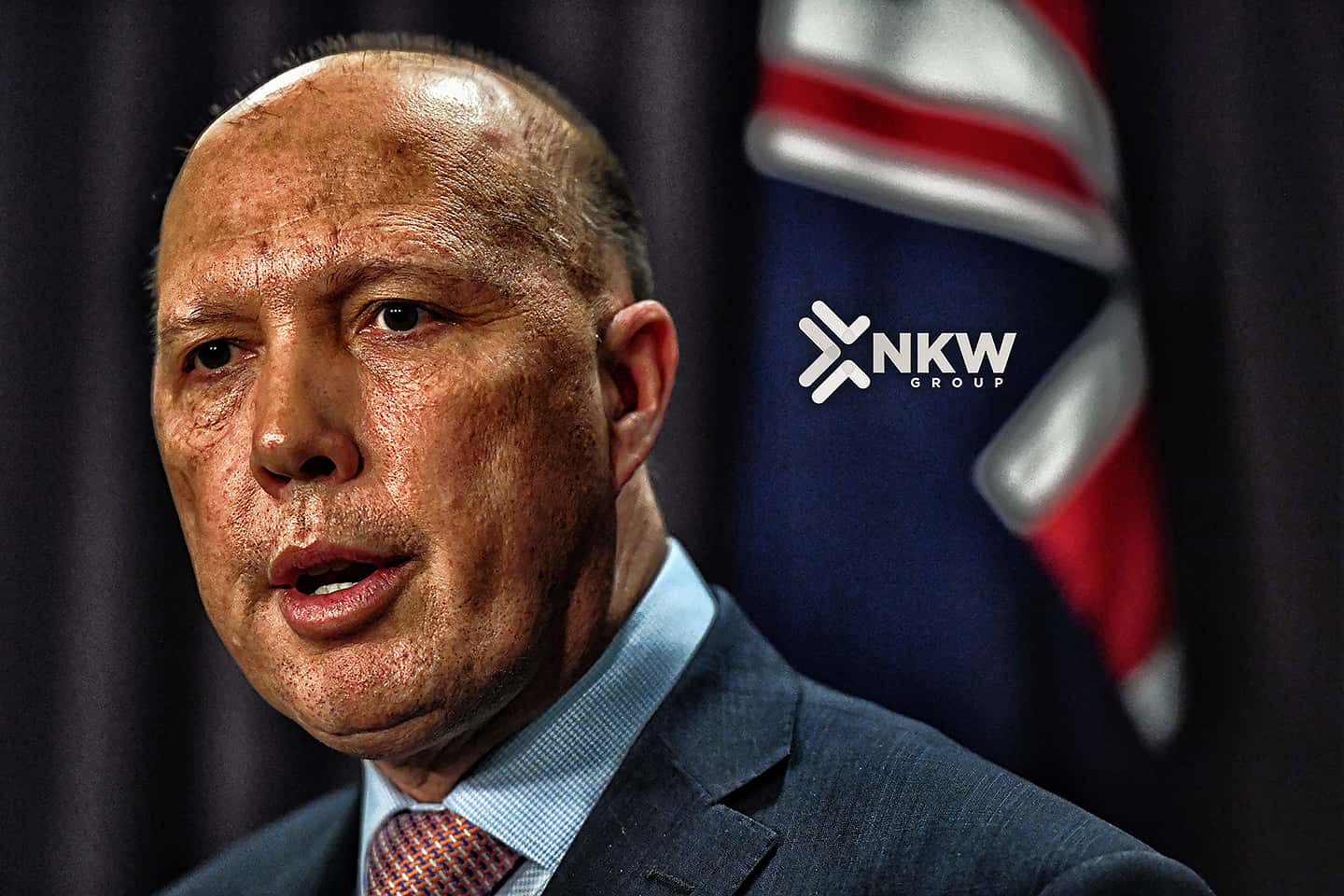 An exposé on Peter Dutton by independent journalist Friendlyjordies has been ignored by the mainstream media, writes Dr Victoria Fielding.

On Friday last week, independent investigative journalist, Jordan Shanks (Friendlyjordies), released an explosive video about one of the most powerful Ministers in the Morrison Government. Since then, the story has sunk without a trace. What is going on?

Is this the mainstream news media refusing to admit Friendlyjordies has beaten them to a scandal, or is Defence Minister Peter Dutton being protected from scrutiny by his mates in the media?

As of writing, over 300,000 people have watched the Friendlyjordies piece. The investigation intricately maps out some very specific allegations about the business dealings of Dutton’s friends, including sources alleging sex scandals, drugs and dodgy dealings in lucrative government contracts.

One of the people involved in the web of intrigue exposed by Shanks is Ryan Shaw, who up until Wednesday was the Liberal National Party’s candidate for the marginal seat of Lilley. Shaw, an Army veteran, has been campaigning in the seat for months, including with Prime Minister Scott Morrison.

The seat is held by Labor MP Anika Wells by the wafer-thin margin of 0.64 per cent. Not just any candidate gets placed in a must-win marginal seat. Shaw’s withdrawal, citing family and mental health issues, is a big loss to the L-NP considering they are left without a candidate weeks out from the Election and after the much-wasted investment of time and resources.

Although it is impossible to know exactly why Shaw withdrew, it is more than a little coincidental that the decision was made at the exact same time as Shanks and his team were questioning Shaw about his involvement with people in the incredibly suspect chain of events detailed in the video.

I’ve spent a lot of time around politics and I know a candidate doesn’t withdraw their candidacy over any small thing. The Friendlyjordies allegations, if they could be batted away, no doubt would have been to save Shaw’s position. Yet they weren’t.

But it isn’t just Shaw who had questions to answer over his association with people directly implicated by allegations in the explosive story. Peter Dutton is also associated with key players.

Not only does Dutton hold the powerful position of Minister for Defence, but he is also a contender for leader of the Liberal Party, should Morrison choose to step down after the Election. This scandal therefore has all the ingredients you would think the mainstream media would need to make it top priority for journalist follow up.

When I said explosive, I wasn’t kidding. Yet, so far, in the days since the story broke, there has been a wall of silence from mainstream media outlets.

The Sydney Morning Herald and the Courier Mail reported Ryan Shaw’s decision to step down from his Lilley candidacy on Wednesday, but haven’t run any follow ups since Friendlyjordies’ video went live on Friday. No mainstream media outlets that I have been able to find have mentioned the allegations made in the video, despite these allegations being evidenced with a series of damning leaked photos and emails.

On Sunday, by chance, Peter Dutton was interviewed at length by David Speers on ABC’s Insiders program. It is true that there is much on the Defence Minister’s agenda, what with the war in Ukraine and the Queensland and NSW floods, but there was plenty of time for at least one question about the Shanks allegations in the video. The Minister is not meant to define the agenda of the interview; the whole point of such questioning is to hold the Minister to account. This opportunity was missed.

So, what makes this story so untouchable by mainstream journalists? It is true that journalists like to be able to use their own sources to verify the details these stories, rather than solely relying on Jordan Shanks’ interpretation of scandal. Yet, it is also true that once there is a whiff of a scandal, usually journalists waste no time piggybacking off any allegation they can get their hands on to demand that the politician “has questions to answer”.

Many will complain the problem is the mainstream media’s lack of scrutiny of the Liberal Government, full stop. Too many journalists, particularly at Murdoch outlets and often at Nine’s formally-proudly-independent-Fairfax outlets, are far too willing to allow the Liberal Government to use news media as a propaganda machine, rather than its actual purpose — scrutinising the Government. This is surely part of the problem.

But perhaps, too, another related reason for the lack of interest in the story is that Friendyjordies is no friend of the media establishment. Perhaps mainstream journalists see it as below them to use Jordan Shanks as a source of newsworthy tips. Perhaps it is too embarrassing to be a journalist working for a major news outlet and to have this scandal going on right under their noses, but not to have had the talent and contacts to dig it out for themselves.

Whatever the reasons, which are complicated and multifaceted, at the end of the day, the audience is the ones being let down. The public has a right to know what their political leaders are up to and to use that information to make smart decisions when they vote. Whatever role Dutton has played in this scandal, he should be answerable to the public. And if the news media refuses to even mention the story, let alone pressure Dutton to explain his involvement, then it is a very sad day indeed for democracy.