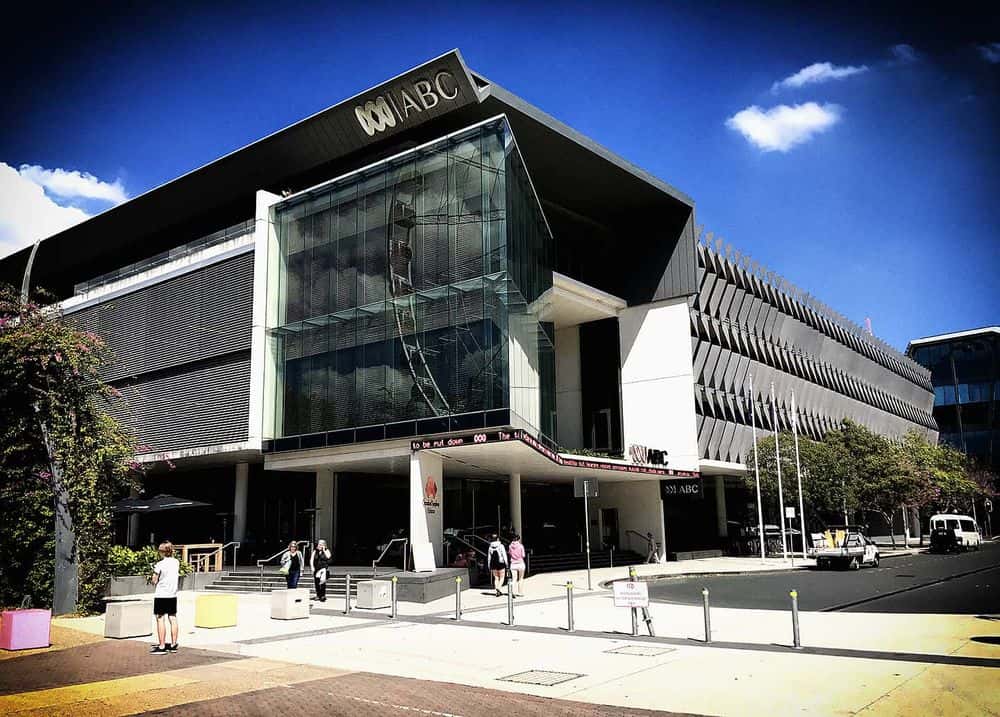 The national broadcaster has demonstrated a callousness in its depiction of objective news content and a reluctance to draw on the essence of the journalistic remit that has traditionally defined it.

Recent events further highlight the stagnant pool of ideas that are endemic in the political classes of this country and the people who profit from the chaos in the vacuum. The stark, contrasting issues faced by Australians, the lack of leadership on pressing national issues and the obsolescence of a free-thinking media apparatus required to challenge this ideological shift promote hopelessness in Australians seeking solutions from its leaders.

A concentrated press juggernaut in an ideological struggle with the polity, coalescing with the steady shift in tone from our national broadcaster, is an issue of national importance that needs to be debated.

As the pandemic consolidated in the bodies, minds and souls of the NSW population and the climate torch relay continued in another hemisphere, as Australians, we were doing a bit of soul searching. The Extinction Rebellion protests on the lawns of Parliament felt a bit different to the others, the burning pram and the young protesters stood out against the backdrop of malaise.

The IPCC report seemed more than ever to run against the archaic Prime Minister Scott Morrison's offering of an endless series of loopholes via a cooked Kyoto Agreement. It was a strange week for the ABC to throw Senator Matt Canavan into the mix.

I grew up in a household dominated by the ABC. Some of the big moments of the '80s and '90s happened there; its content informed my working-class neighbourhood and captured a large portion of the population. Journalists would flock to the ABC to learn the craft before considering more lucrative postings at commercial networks, who also looked toward the publicly-owned broadcaster as the ethical example.

The ABC empowered a large portion of the multicultural community in which I grew up, allowing us a stake in the democracy and a contribution to the great ideas of our society. As the post-9/11 landscape set in, and a 24-hour international news model was adopted, so too was the addiction toward talking heads — the stampede of subjective minutiae and the clouds of bull-dust that block out the sun.

The ABC now celebrates the political class in dedicated programming streams, aiming to humanise their compadres, daring to bridge the incomprehensible gap between the disjointed political class and the population in lieu of objective and poignant analysis. In a hypothetical B-grade reserve episode of Kitchen Cabinet: The Alternatives, given the bottom of the barrel, I would think Annabel Crabb would prefer an evening with Senator Pauline Hanson over a tuna mornay and a chardie than a T-bone in Matt Canavan’s man cave.

But somehow, everyone’s favourite fringe senator, tastelessly and to his eager delight, was bookended around a whole week of high-profile national discussion at the expense of the taxpayer. But here he was, the sole representative of the Government on an episode of Q&A.

The decision to air spurious and deliberate subjectivity from parliamentary fringe-dwellers like Canavan on prime national platforms is an example of the growing callousness of the editorial and executive at the ABC. For the expense of “balance” and right in the middle of a climate and health crisis, Paul Kennedy and David Speers gave him the open country mile he needed to articulate his small-minded incongruousness.

The ABC continues to position its editorial and production value towards a commercial model that supports this kind of potentially viral material, augmenting the essence of the organisation to broaden its reach and its tolerance of lunacy in the caravan park of ideas.

Continuing to use the diminishing integrity of the brand to promote its increasingly modular and amorphous product, the ABC seems to prefer establishing and maintaining premium relationships with the political class. It curries favour for access and views at the expense of cogent and objective analysis of power structures and the difficult relationship management that such analysis requires.

Now, taxpayer coin is being used to out-muscle competitors and snag lucrative broadcast agreements to produce watered-down content for international giants like Google, as the public broadcaster yields further and further to the commercial values that are now driving the organisation and its content.

This pandemic has been like an event horizon for truth, rendering two-dimensional and deconstructing anyone or anything foolish enough to deny it. Australians have become accustomed to watching numbers, recognising trends and dissecting factual information. This renewed penchant for truth and reason has reflected poorly on the media and its subjective, bad faith projections on a society gripped by a definitive set of crises.

The ABC is everything for a lot of people, for some serving as a moral compass. It’s on the radio during a bushfire, it’s on TV during a lockdown announcement. It’s a legendary national institution that has offered the people of this country objective information, safe within the confines of the ongoing truth it has sought to maintain.

Eleven years of appointing LNP approved corporate and commercial media powerbrokers such as Peter Lewis, Fiona Balfour and Peter Tonagh continue the concerted transformation of the ABC’s power structure and the stratification of values that are foreign to the essence of the organisation. In the division of press control in Australia, there are only a few key players with a piece; a large percentage are agenda-driven corporate leviathans. Why should the ABC join them?

Amidst a withering assault from an ideologically charged corporate media and the transformation of the media landscape occurring in rural Australia, a skulk of Murdoch raised foxes are running around in Aunty’s chookhouse, commandeering the key influential positions and platforms that have defined the national broadcaster for decades. Can we ask why this was a good idea?

The ABC under Ita Buttrose, herself a product of hyper-capitalist enterprise and one of the nations great aristocrats, has streamlined the broadcaster in all the wrong places, lopping off vital components and leading to a lack of ideological leadership in its newsrooms. The same vacuous and uninspired managerial system that has paralysed innovation and progress across our industries is showing signs of influence on the ABC. Idealistic journalists at the ABC are fending for themselves against the unrelenting and incremental shift of production values promoted from above, centred around algorithmic click-junk and vapid analysis.

Between the waves of ideological malaise broadcast from our entire media system, there are opportunities for many. On the periphery, we see characters like Clive Palmer, downgrading from the Queensland electoral tilt to the more cost-effective anti-vax mailout campaign. The rise in conspiracy theories, the drop in societal cohesion and the antisocial behaviour are fueled by the campaigns of misinformation, metered out by a hyperextended press apparatus in lockstep with a business and political elite.

Online, the paragons of virtue joust with the titans of industry and the self-important, little fiefdoms of isolated thought, smashing against the rocks of realpolitik and ignoring the fundamental issues of class pertaining to our nation.

We currently live under the yoke of a self-interested, aristocratic press in this country. Small groups with shared interests are using weapons of information counterintuitive to the national interest: a deliberate sabotage of the cohesion of a sovereign nation. We don’t need agreeable laughs from sycophantic hosts, verbatim quotes and the uneasy hyper-normalisation of politically charged observations from fringe parliamentarians. We need brave and healthy journalism.

This year, in a world under fire and pestilence, Australians must stand up for the institutions that define our way of life. Australia has delayed facing tremendous economic, geopolitical, medical and environmental considerations — we must draw on the great ideas, the voice of our people to meet the challenges of a new era.

A free and objective ABC is an integral part of our decent society. It is up to Australians to ensure that it speaks for the voices of the people, in the interest of the nation. It is in the best interest of everyone to have a state broadcaster that publishes objective content, promotes the unity of the population in all its commonality and ensures the health of our democracy with a passion for truth.

The Government wishes to change our ABC from within with the help of an unholy corporate alliance and although a royal commission into media diversity is a start, what would that do other than telling us what we already know? We must throw ourselves on our public institutions and drag them away from the mechanisms of power that drive them.

The reality is stark, the gradient on this mountain is steep, yet it is not lost — Australians should cast their vote, to reflect their disappointment at the hollowing out of our public institutions and cast their eye on the corporate sociopaths controlling them.