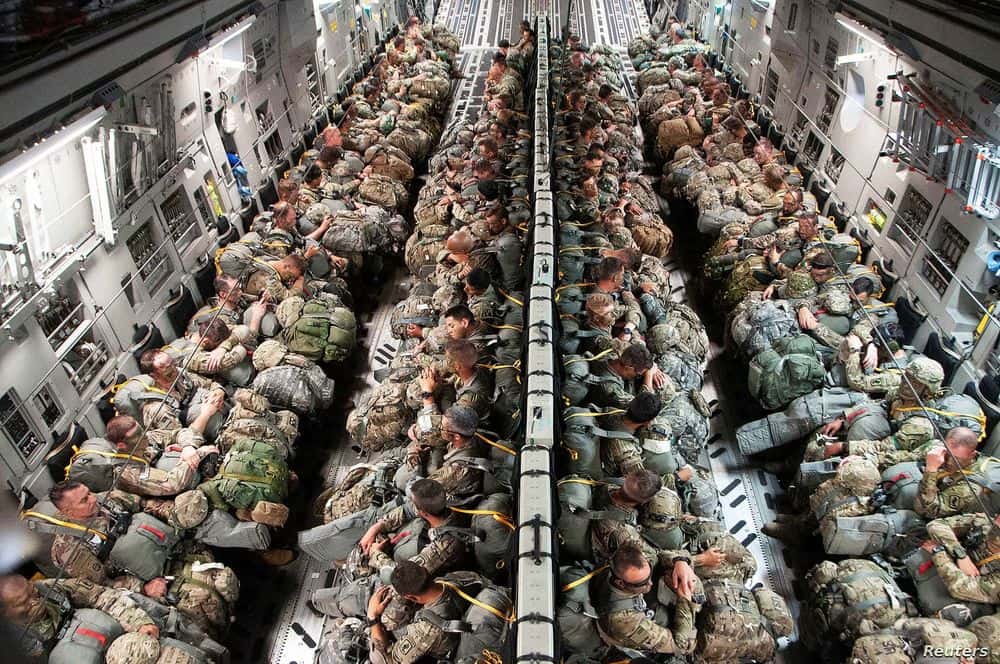 When interventionists and national security deep state hawks need to prolong what’s already the longest war in in US history, who’re they gonna call?… “Hillary Clinton and Condoleezza Rice told members of the House Foreign Affairs Committee they’re worried about President Biden’s plan to withdraw all U.S. troops from Afghanistan, with Rice suggesting the US may need to go back,”  Axios  reports.

The pair’s “expert” testimony was given over Zoom and appears to have been kept relatively quiet, given it was a ‘closed door’ members only call, until Axios learned of it. Rice of course infamously served as George Bush’s National Security Advisor during the initial invasions of both Afghanistan and Iraq, and crucially helped make the case for war to the American public, later serving as Bush’s Secretary of State through 2009.
Having helped start two failed wars, both of which have long remained deeply unpopular among the American public, naturally Condi Rice as a pre-eminent neocon voice would be consulted as a “stay the course” point of view . It’s also deeply revealing that there’s no foreign policy space in terms of viewpoint whatsoever between Rice and Clinton – latter who pushed for the US-NATO invasion of Libya and planned covert regime change in Syria against Assad.

Little is known about precisely what Hillary testified, but it’s not difficult to imagine. Here are a few key insights via Axios : “Condi Rice is like, ‘You know, we’re probably gonna have to go back,’ ” amid a potential surge in terrorism, the member said. Rep. Mike McCaul (R-Texas), the top Republican on the committee, told Axios: “With the potential for an Islamic State, coupled with what they’re going to do to our contractors in Yemen and Afghanistan is, sadly, it’s going to be tragic there and we all see it coming.” Another member of the committee confirmed both Clinton and Rice raised concerns about the potential fallout from a quick removal of all U.S. troops .

Both also expressed concerns about protecting U.S. diplomats on the ground following the withdrawal and what the move will mean for the global war on terrorism. One unnamed committee member told Axios further that “they both agreed we’re going to need to sustain a counterterrorism mission somehow outside of that country.” Of course they want to keep troops in Afghanistan. Was 20 years not enough for you? @HillaryClinton @CondoleezzaRice https://t.co/MWcdK0ED0F — Young Americans for Liberty (@YALiberty) April 30, 2021 Well of course!…there always needs to be a war going on somehow  and somewhere – otherwise how would these warmongering ladies sleep at night?