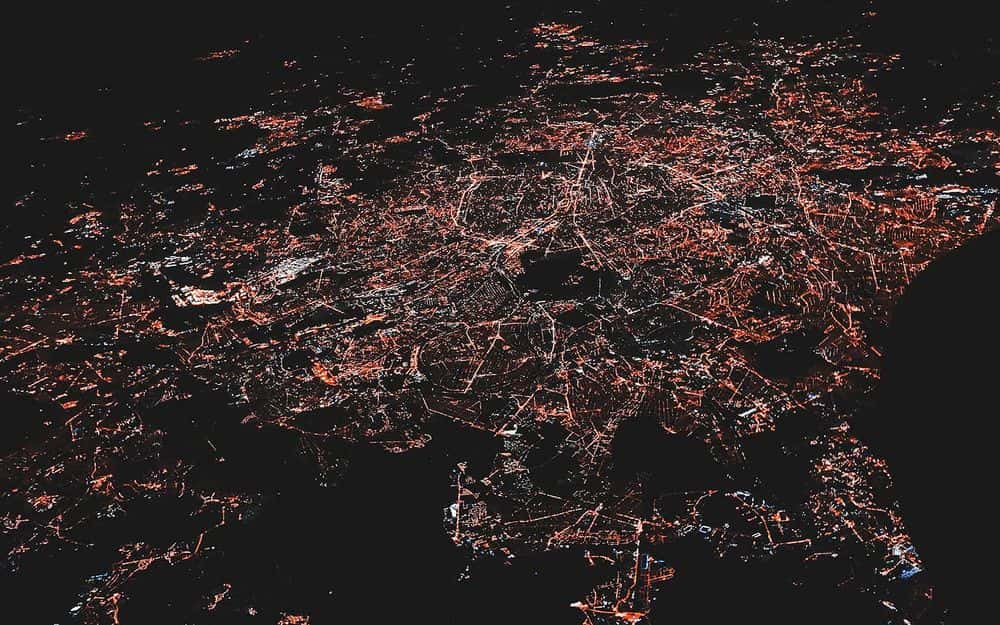 Cyber Polygon 2020 – a simulation about a “cyber pandemic” – took place July 9, 2021. Many Americans felt widespread concern prior to the event.

Why is this? In short, because past simulations ended up becoming a reality. Could the Cyber Polygon simulation become a reality? Many Americans thought so. Derick Broze points out in his article that the world has experienced many simulations that came to fruition only a short time later.

For example, on October 18, 2019, the Bill and Melinda Gates Foundation, the World Economic Forum, and the John Hopkins Center for Health Security conducted Event 201. Event 201 was a simulation of how the world would react if a coronavirus pandemic swept across the planet. Less than six months later, the World Health Organization declared COVID-19 to be a pandemic.

Interestingly, just as Cyber Polygon was about to start, a real attack occurred. From NBC News:

One of the most prolific ransomware gangs, REvil, conducted its boldest attacks yet over the Fourth of July weekend, on Kaseya, which services customers who in turn contract with thousands of businesses. Though the dust has yet to settle, researchers say the hack allowed REvil to infect more than 1,500 different organizations. The gang seems to have bitten off more than it can chew and has asked for a $70 million lump sum to unlock all infected computers.

Many may wonder just what in the world happened there. The convention was kind enough to publish the findings for the rest of us to peruse at our leisure.

As noted by the official website, “The central theme of the event was a ‘digital pandemic.’ No surprise to those of us who paid attention. It’s because of this moniker that so many people have been concerned in the first place.

Videos published by the World Economic Forum set mental alarms off for Americans nationwide. According to this video, a cyber attack could be 10x more prevalent than what we’ve experienced with COVID-19. The narrator within the video states, “Fortunately, at least until now, cyber-attacks have not impacted our health the way pandemics have. At least until now.”

The video goes on to state, “The only way to stop the exponential propagation of a COVID-like cyber threat is to fully disconnect the millions of vulnerable devices from one another and from the internet.”

How Would a Full Disconnect Be Implemented and What Would the Effects Be?

One possible way would involve the use of an internet kill switch. Not only do those exist, but the US government has access to one. Theoretically, if you can turn off the internet, large segments of the population will be disconnected from one another. Meaning, what happens in one geographic region will go utterly unrecognized by citizens everywhere else.

Think about the practical implications of such. Think about the potential for further human rights violations. Perhaps a world where all news sources disappear overnight, with your favorite collectivist news agency being the only website still on the air?

Protests by citizens fed up with the constant human rights violations they experienced under the current administration spread throughout the entire nation of Egypt in 2011. In an attempt to disband the protesters and keep them from organizing, Egypt hit its internet kill switch.

Egyptians responded by resorting to mesh networks such as Firechat (which is sadly now gone) to communicate with one another. Still, there’s no doubt that the internet shutdown was a significant blow to both the people and their businesses.

Though the internet was “dead” for only five days, it cost the Egyptian economy approximately $90 million US.

These leaders and experts spoke on the subject of cyber threats and cyber pandemics. But that wasn’t all.

From the official website: The experts addressed the latest trends and technological threats, shared their experience in creating cybersecurity ecosystems, talked about the transforming threat landscape, and discussed the problem of fake news and how to discern misinformation on the Web

Coincidentally, one of the end goals of Cyber Polygon was to determine how to do a more thorough job of silencing all criticism that goes against the mainstream narrative.

If One Can Shut Down All Alternative Viewpoints, One Can Become the Sole Provider of “Truth”

If you’re a regular reader of The Organic Prepper, you’ve already seen this up close and personal. We were defunded roughly just one month ago. Why? For being a ‘misinformation site.’

I believe “alternative” news sites are the only trustworthy source of news at the moment. Sites such as Zero Hedge, Children’s Health Defense, Daily Expose, Activist Post, The Last American Vagabond, Technocracy News, Survival Blog (and of course The Organic Prepper) are the only sites I trust to give me accurate information.

As far as I’m concerned, all else is misinformation. It’s propaganda.

However, these sources are just a fraction of the size of the major players (and you know who they are). If they are successfully stamped out, we will quickly end up in the type of situation warned of by FA Hayek in his excellent book The Road to Serfdom.

From Hayek: “If all the sources of current information are effectively under one single control, it is no longer a question of merely persuading the people of this or that. The skillful propagandist then has the power to mold their minds in any direction he chooses, and even the most intelligent and independent people cannot entirely escape that influence if they are long isolated from all other sources of information.”

(Hayek has much else to say about our current situation within the chapter ‘The End of Truth.’ It virtually reads as a play-by-play of the last year and a half.)

Here, a collection of some of the best cybersecurity workers in the world gathered together into two teams to simulate a cyberattack of massive scope in real-time. This simulation involved 120 teams from 29 countries, and “the event was joined by state and law enforcement agencies, financial, educational and healthcare institutions, organizations from the IT, telecom, energy, metal, chemical, aerospace engineering and other industries.”

The good guys were the Blue Team, which protected their little chunks of infrastructure from the cyber-attack. The bad guys who conducted the attack were the Red Team. This simulation split into two halves: the real-time threat and the post-attack investigation. Throughout the real-time simulation, the Blue Team had to contain the cyberattack as best they could.

The banking industry and companies within the realm of IT “demonstrated the highest resilience.” However, it was also discovered that, as a whole, “technical specialists are better prepared for investigation than for defense.” The entire investigation process involved regular forensics as well as a concept known as Cyber Threat Hunting.

Cyber Threat Hunting is looking for cyber attacks that haven’t set off your early alert system. You may have anti-virus software, but it only alerts you to what it sees. If it doesn’t see it, no alarm is raised. With Threat Hunting, you seek to discover the hiding places where a cyber attack is lurking – or has already taken place – outside of the realm of where your traditional alarm systems would have guarded.

If you’re a regular reader of this site, you’re likely familiar with the concept of situational awareness. I’m of the mind that a thorough understanding of current events is a critical part of this. If you don’t know what’s going on around you, you’re going to get blindsided by reality. A working understanding of what is happening out there in the world – to me – is well worth the time. I believe an understanding of Cyber Polygon is a part of this.

So continue to monitor the waters. Pay attention to what’s happening out there. In the past year alone, ransomware gangs have launched several high-profile attacks, including on a major pipeline and a meat supplier. If you’re looking for actionable steps you can take to mitigate your disaster risk, we have a host of articles detailing what you can do.

What do you think?

Is the “solution” to cyberattacks just a grab for more control? A way to shut down communications? Share your thoughts in the comments.