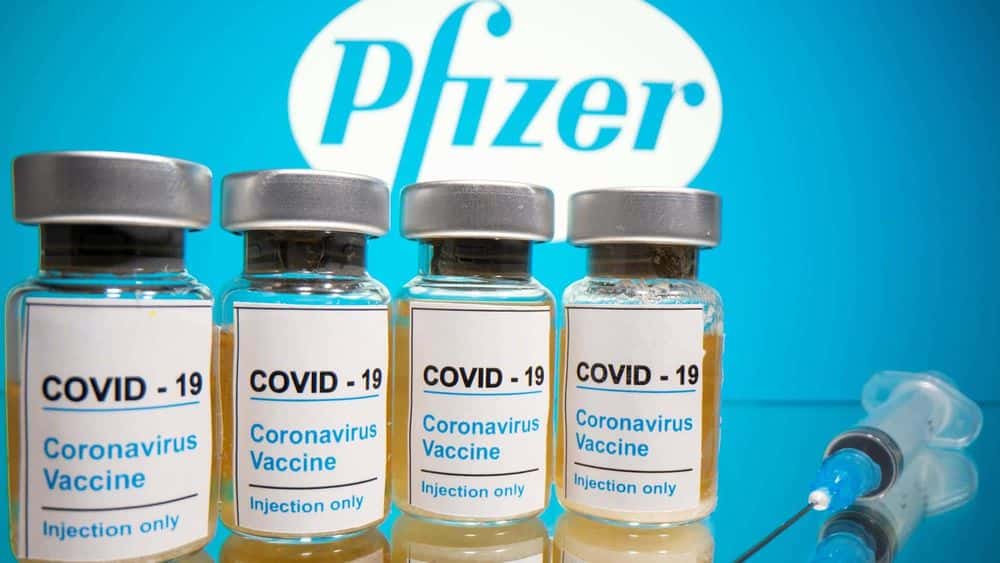 I’ve got news for you: If you spend all your time worrying about getting sick, you’re sick already.

Nearly 50 percent of Americans polled think that at least some social distancing measures will be permanent. Who can blame them? We have decided to make avoiding disease our full-time job. It’s more important than going to work or seeing your friends. It’s worth destroying the established Western social convention that we be able to see each other’s faces in public.

I’ve got news for you: If you spend all your time worrying about getting sick, you’re sick already. America is having a giant, hysterical, hypochondriacal fit.

I wrote a piece last month explaining why I wasn’t getting the vaccine. My argument boiled down to this: As a young and healthy person, there is really no upside to vaccination. I’m simply not likely to get the disease. And, say what you will, we don’t know what the long-term effects of this vaccine will be.

I spoke to a doctor on the subject last week who reported that he’d felt pressured into getting the vaccine—by his own patients! The patients don’t know anything about medicine of course, but they were nervous. So he took it to reassure them. Now he’s having a bit of vaccine regret, as it becomes clear that a large part of the nursing staff will refuse to take it.

He doesn’t think the vaccine will do him any harm, but he doesn’t see it doing any good either: If you’re young and aren’t overweight, he says the risk from the disease is essentially zero. He also noted that, despite fact-checking stories contradicting this, the government did direct doctors to list COVID-19 as a cause of death even if it wasn’t even a proximate cause: Having tested positive at some point was enough to make you dead from coronavirus, even if you’d had a stroke while mowing your lawn.

Another doctor told me that he’d interviewed five medical professional friends of his. None of them actually knew anyone who died from the virus. He knows people must be dying from it somewhere, but it does seem a little odd. He got his vaccine too, though. Again to reassure his patients.

Another friend who met me for dinner last week came down the street wearing his mask. I knew he’d been vaccinated already. But he explained he didn’t want other people to worry. He’s wearing his mask, even though he can’t get or transmit the disease, to reassure everyone else. Notice a pattern?

This is very considerate of my friend, who is a wonderful and considerate guy. But it’s not surprising he feels compelled to do this, given the huge social pressures being applied. Everyone has been made suspicious of everyone else. And though Facebook will try to foist on you (over and over and over again) a little picture for your profile letting everyone know you’ve been vaccinated, there is no equivalent for public display. Perhaps everyone who has been vaccinated should wear a little armband. Or people who haven’t been vaccinated could be forced to wear some kind of colored patch on their clothing so people can know to avoid them. (I am really quite sure somebody is already working on this and thinks it’s a great idea.)

The social-pressure aspect is serious business. In one day, Facebook hit me up on the subject five times: “Dan, together we can get COVID-19 vaccines to people worldwide,” “Healthcare workers get their vaccines . . . share their experiences,” “Life after vaccination” (yes, seriously), “Dan, join the millions of people who’ve added a COVID-19 vaccine frame” to their profile pictures—and then it shows me all my friends who did the socially responsible thing. I open the Uber app and it asks me if I want to book a ride to get a vaccine.

Does any of this sound a little disturbing?

One friend who read my last vaccine piece asked: Shouldn’t I get the vaccine not for myself, but for society at large? Clearly, a great many people have done so. In fact, I’d be shocked to learn that more than half of the people getting the shot actually believe it’s good for themselves. Perhaps it impresses you to think that everybody is looking out for everybody else. But to me, it seems as though everybody is scared of everybody else. We’re frightened. We’re sick.

I’d say this is how things would look if powerful people were exploiting our social conscience for their own ends: Create a giant amount of fear that compels people to act without question, even if they worry they may be harming themselves.

Here’s why I feel no obligation whatsoever to get the vaccine: Quite apart from it being entirely my own business (like my medical history, thank you), I will not, in theory, infect someone who is vaccinated. So my taking it is irrelevant except to myself. If everyone in society who is actually worried about getting sick takes it, our mission should be accomplished. By and large, the only people in the hospitals will be stupid guys like me who didn’t get vaccinated.

But the governor of New York is pulling out every repulsive stop in his fetid brain: If I don’t get the vaccine, he tells me, I risk killing my grandmother (who has already been vaccinated). So does this vaccine work or does it not? And what is the real purpose behind forcing everyone to take it?

If you believe the vaccine is effective and not just some social totem, you should be allowed to stop wearing your mask when you get it. You shouldn’t have to wear a mask in the subways or at the museum or on a plane. And yet you still do. So either the people in charge don’t think the vaccine is effective, or else they’re so obsessed with their new level of control that they have no intention of relaxing COVID requirements ever (see paragraph one).

Either way, I’m not taking it.