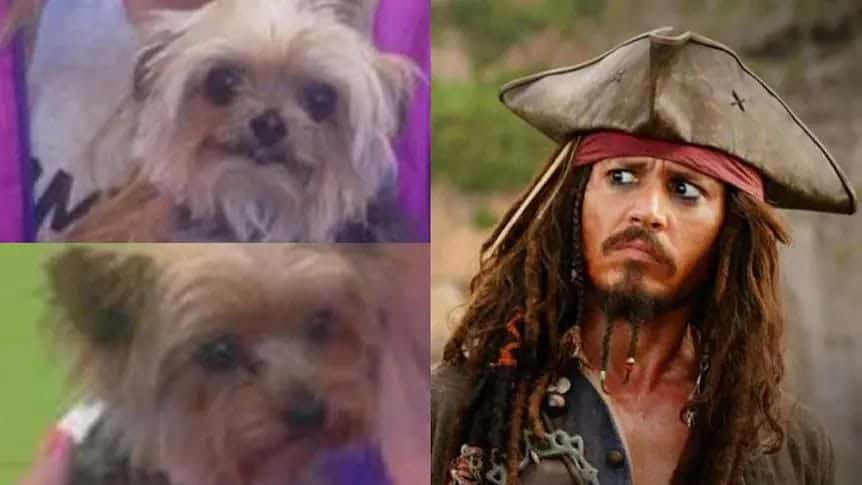 Australia's Biosecurity Act — now being used to stop citizens entering their own country — is making global headlines. And not for the first time.

Not long after the laws were passed with bipartisan support back in 2015, Johnny Depp and Amber Heard felt the force of the new powers when they smuggled their Yorkshire terriers, Pistol and Boo, into Queensland without first quarantining them.

Then Agriculture Minister Barnaby Joyce threatened to have the dogs killed if they weren't immediately flown out of the country. "It's time that Pistol and Boo buggered off back to the United States", he thundered.

The terriers were promptly evacuated on a private jet, Depp and Heard recorded a bizarre video apology, late-night comedians had a field day and the tough powers of Australia's Biosecurity Act were widely applauded.

Most agreed Australia was right to take a hard line in protecting its unique plants and animals from the threat of foreign disease. Little attention though was given to the act's extraordinary powers in relation to humans.

As he introduced the legislation, Joyce told parliament the powers relating to human health would be "seldom used." They were certainly seldom discussed, until a global pandemic came along.

When COVID struck last year, the virus was quickly declared a "listed human disease" under the act, giving the Health Minister the power to "determine any requirement that he is satisfied is necessary to prevent or control the entry of the disease into Australia". That's an extraordinarily broad scope, to put it mildly.

Christian Porter, still Attorney General at the time, rightly warned this step would trigger powers that were "strange and foreign to many Australians". People could be stopped from entering or leaving a specified place, for example, or forced into isolation. Cruise ships and flights could be banned from entering Australia.

This was broadly understood, if not unanimously supported, as a nervous nation retreated into lockdown.

What has only now become clear is that these powers can also be used to stop Australian citizens returning home.

At least that's the government's interpretation of the act. Legal opinion differs and yesterday a case was lodged in the Federal Court challenging the ban on constitutional grounds. In the meantime, anyone who finds a way from India to Australia is in breach of the Biosecurity Act.

In a midnight press release on Friday, Greg Hunt warned this could involve hefty fines, "five years' imprisonment", or both.

By Tuesday, after criticism from stranded Australians, the local Indian community, human rights groups, star cricketers, conservative commentators, some Coalition MPs and the opposition, the Prime Minister retreated a little.

He said the likelihood of jailing anyone was "pretty much zero". By Wednesday, the Deputy Prime Minister Michael McCormack more emphatically declared on ABC News Breakfast, "nobody's going to be jailed".

How penalties apply is unclear

It's unclear precisely how the government would decide which particular penalties under the act would apply to individuals who do break the law.

This is normally best left to the courts to decide. Leaving to one side this separation of powers issue, this does at least represent a rare rhetorical backdown on border security from the Coalition.

This is the side of politics which isn't usually shy about detaining those who enter the country unlawfully. "Nobody's going to be jailed" isn't the sort of message sent in relation to asylum seekers who "unlawfully" enter the country, for example.

Indians are now the second-largest group of overseas-born migrants in Australia. But despite their increasing numbers and growing political voice, their concerns are still not being heard, writes Sukhmani Khorana.Read more

In truth, saying there's no threat of jail is simply a reaction to the political heat the government's copping from those who think it's gone too far.

Dropping the India travel ban altogether, however, won't happen until the government can demonstrate the risk to Australia has somehow been reduced.

Barnaby agrees with the ban

As for Barnaby Joyce, he has no problem with how the powers under his 2015 Biosecurity Act are now being applied. He echoes what many in the government believe is a widespread community sentiment in favour of doing whatever is necessary to protect Australians in Australia. He doesn't believe people in his electorate or anywhere else want to risk a deadly outbreak or another lockdown.

Joyce tells this column there's a "strong precedence" for this India decision too. "Australians weren't allowed to cross a border between states", he says. Indeed, they faced the threat of fines and jail for doing so.

But linking this India travel ban to state border closures highlights just how far some in the government have shifted.

For much of last year, senior Ministers were highly critical of states for closing borders and effectively pursuing an "elimination" strategy.

It now appears the Commonwealth has moved closer to an elimination approach itself. Its risk appetite when it comes to COVID is certainly lower than it once was; to the point of now banning vulnerable Australian citizens from even returning home to quarantine.

The five state and territory election results since the start of the pandemic confirm the popularity of such a zero-tolerance approach. The Tasmanian election result on the weekend was the most recent example. The political potency of taking a tough line on borders to keep the virus out, has not been lost on Scott Morrison.

The Pistol and Boo saga years ago might have given many a good laugh.

The way the Biosecurity Act is now being applied is deadly serious.