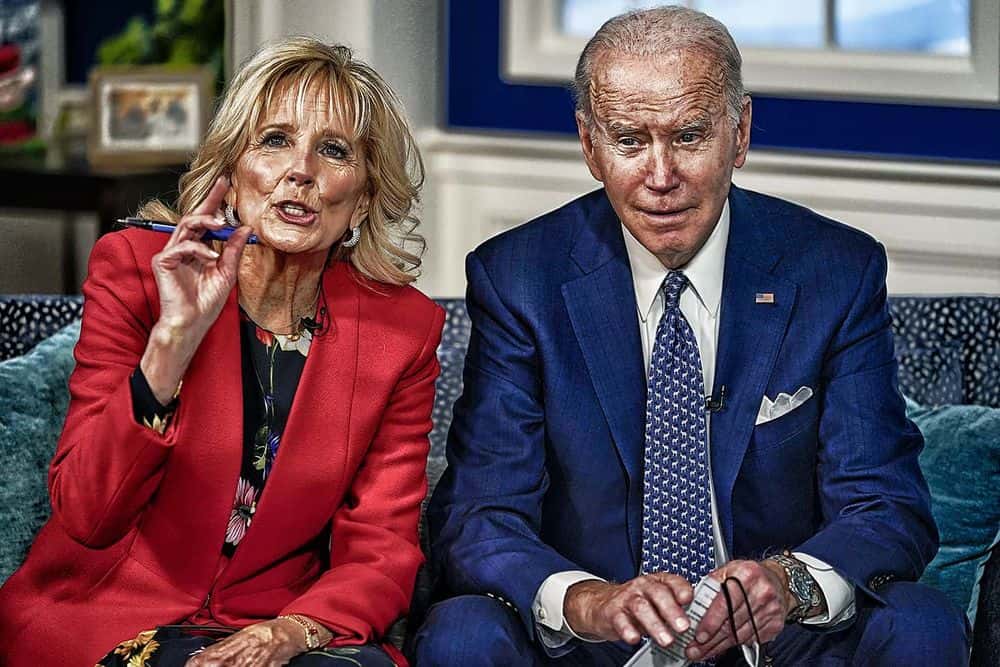 This afternoon, during a televised Santa Tracking show sponsored by NORAD, a male caller was able to troll Joe and Jill Biden with the now-famous “Let’s go, Brandon!” chant.

Jill and Joe Biden were seated next to each other on a couch taking calls from “fans” when a male caller could be heard saying, “Yeah, I hope you guys have a wonderful Christmas as well.” Jill cut in to say, “Okay,”  and the caller continued, “Merry Christmas, and Let’s go, Brandon!” he said, as Jill laughed.

The clueless Joe Biden, who has no idea what the hell he’s talking about without a teleprompter telling him what to say next, hilariously responded, “Let’s go, Brandon. I agree!”

“Hey, by the way, are you in Oregon?” Biden asked, proving he has absolutely no clue what he just said.

The “Let’s go, Brandon” phrase replaced the more vulgar (F**k Joe Biden!”) chant that was being shouted at major college, and professional sports venues from the stands after a reporter at a NASCAR event tried to cover up the chant by fans, suggesting the fans were shouting “Let’s go Brandon” to show their support for the winner of the NASCAR race car race Brandon Brown.