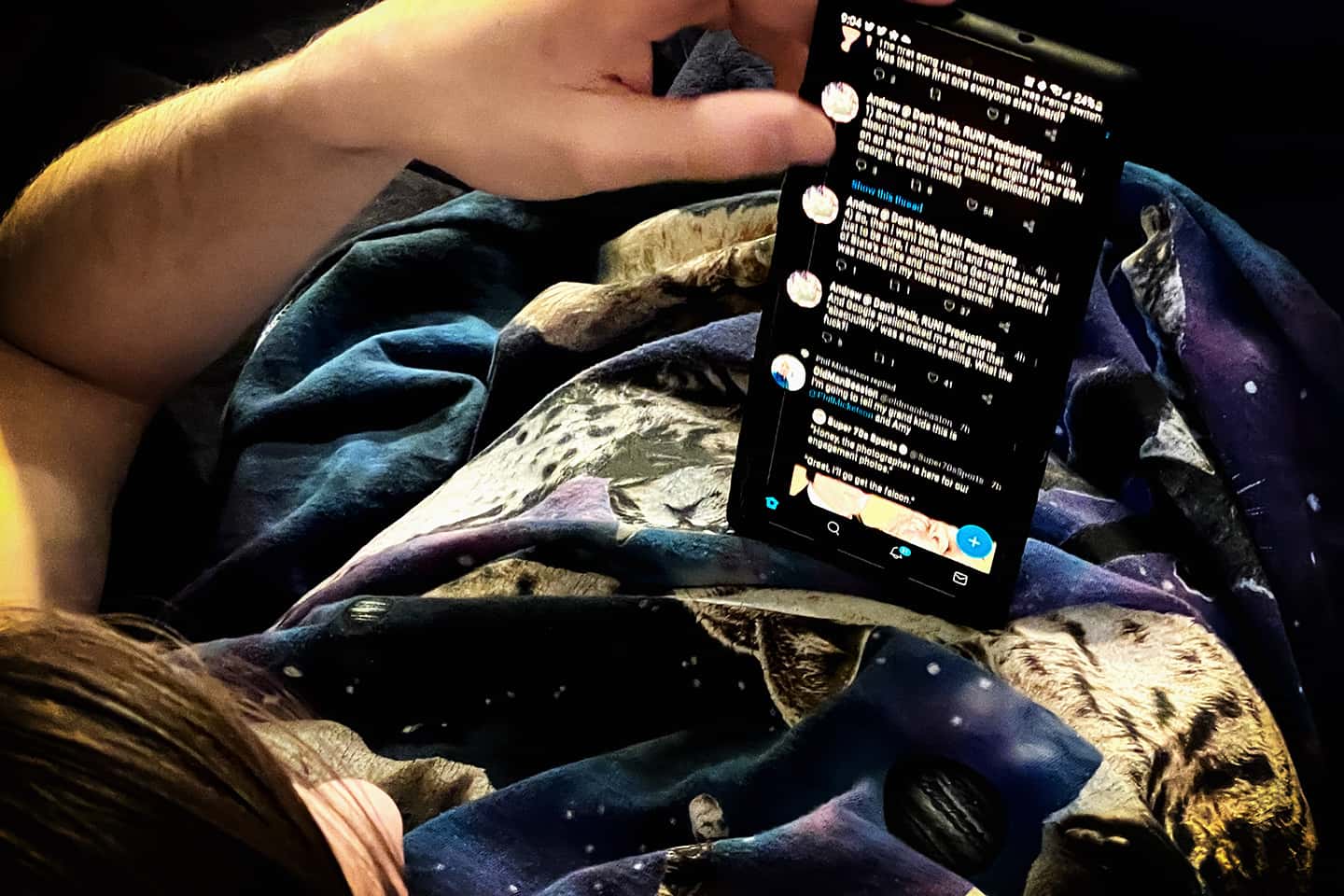 Nothing To See Here...

The fifth installment of the Twitter Files release drops today courtesy of Ms. Bari Weiss [READ HERE]. The focus of Ms Weiss was on the decision to ban President Donald Trump from the platform, and her outline walks through the events leading up to the decision to remove him.

After a review of internal discussions, slacks and conversations within the social media platform, ultimately the officers within the company decided to protect their view of democracy by removing their biggest ideological opponent.

The Twitter executives justified their actions by echo-chambering a belief that President Trump was tweeting “coded messages,” the secret transmission of thoughts that can only be received by those wearing red hats, tuned to a specific psychological frequency.  As Weiss notes: “Less than 90 minutes after Twitter employees had determined that Trump’s tweets were not in violation of Twitter policy, Vijaya Gadde—Twitter’s Head of Legal, Policy, and Trust—asked whether it could, in fact, be “coded incitement to further violence.”

President Trump tweeted the term “American Patriots,” which would be viewed by the Twitter ideologues as something akin to “the leader of a terrorist group responsible for violence/deaths comparable to Christchurch shooter or Hitler and on that basis and on the totality of his Tweets, he should be de-platformed.”

It did not take long for the narrative to embed as the most senior Twitter regulatory officers assembled. “One hour later, Twitter announces Trump’s permanent suspension “due to the risk of further incitement of violence.”

Indeed, the documents chosen to provide evidence of the debate and decision to remove President Trump are transparently devoid of any inbound government contact to the Twitter organization.

Thus, at the end of Ms. Weiss carefully written expose’, she concludes with this:

See, it’s only “a handful of people at a private company“…. Nothing to see here folks, move along, move along.

Apparently, DHS, FBI and CISA officials were involved in direct contact with Twitter through their DHS “trusted partnership” portal to get rid of innocuous rebel voices and influence agents like Dan Bongino, Q conspiracy theorists, and various COVID doctors who were providing information against the interests of the government.

However, when it came to removing the most powerful voice of President Donald John Trump, there was nothing but static radio silence from the government side of the DHS portal.

Do you see how this is presented?  “A handful of people at a private company,” that’s the story and they are sticking to it. Swear.

That sound you hear in the background is not Ms. Bari Weiss providing an application of spray paint after careful Bondo application.

Comrades, the social media messaging vehicle known as Twitter is a clean/refreshed information & communication platform as provided by the magnanimity of Mr Elon Musk, unknown financial underwriting notwithstanding.

By The Last Refuge

There are two pieces of deeply disturbing news to emerge from the ‘Twitter Files’ released by Elon Musk.

The first is that Twitter, under its old management, was not the open, politically neutral platform it pretended to be. Journalist Bari Weiss has shown that Twitter had secret ‘blacklists’ and related methods specifically designed to limit the reach of conservative commentators. Twitter’s old management had denied that bias, repeatedly.

Second, we are learning that Twitter worked closely with like-minded government bureaucrats to squelch legitimate news, information, and discussion. They did so to protect favoured candidates (Democrats) and political positions (progressive). We will undoubtedly learn that Facebook, Google and other media giants had similar ties to Washington. We certainly need to know.

The government’s role here is damning. Its primary job under the First Amendment is to protect free speech, not to kill it. It botched that vital job, and it did so deliberately to increase its own control over private speech in public fora and, apparently, to promote certain political views.

The only good news here is that Twitter’s new owner, Elon Musk, is exposing the old management’s efforts to suppress speech and promote political bias on its platform. To expose those malign efforts, he ordered some of Twitter’s internal documents be given to two journalists: Matt Taibbi (who quickly published some of his findings as tweets) and Bari Weiss (who is beginning to publish some findings and promises to publish a longer analysis).

We have now learned that some of Twitter’s holdover executives may have worked secretly to prevent the transfer of those documents to Taibbi and Weiss. The key figure here seems to be Twitter’s second-ranking attorney, James Baker, who came to the company from his post as the FBI’s top lawyer. When Musk discovered Baker was undermining him, Musk fired him immediately. We don’t know if Baker was trying to shield bad behaviour by Twitter’s old management, or by the FBI and CIA, or by all of them.

As bad as Twitter’s old management was, the reaction of left-leaning journalists to Elon Musk’s efforts has been frankly astonishing. Instead of seeking full disclosure, as reporters normally would (and should), they have attacked Musk for trying to ensure it. Instead of demanding free speech, as honourable journalists would (and should), they have demanded even more censorship to stop legally permissible content from appearing on the social media platform. They believe in ‘free speech for me, but not for thee.’

Their distorted priorities are the hallmark of today’s media. They are why the New York Times and Washington Post were slow to mention the ‘Twitter Files’ story when it first broke last Friday night or Bari Weiss’s bombshells when they broke Thursday night. ‘Nothing to see here’ is the message from the paper that carries the banner ‘All the News That’s Fit to Print.’ The Washington Post, which proclaims ‘Democracy Dies in Darkness,’ first went dark over the story. They are precisely what they warned us about.

Private companies, like the Times and Twitter, are perfectly free to publish — or refuse to publish — whatever they choose. They are free to blacklist and ‘shadow ban.’ They are free to lie about it. They are free to collaborate with other private entities, like the Democratic National Committee. Private organisations can weigh in with publishers and make their case, as the DNC did so often and so successfully with Twitter. The public can then render its verdict on whether to trust them. That verdict will be far better informed if the backroom dealings are exposed, as Musk, Taibbi, and Weiss are doing.

Amid this pushing and shoving, the US Constitution protects free speech not by requiring every media outlet to be fair and balanced but by letting each one make its own choices. Different outlets will make different decisions about what to publish, what to emphasise, and what to investigate, ensuring citizens have enough information and varied viewpoints to decide for themselves.

But that pushing and shoving applies only to private entities. The government, with all its regulatory power, is different. What is so troubling about the Twitter Files is they show how government agencies worked hand-in-glove with Twitter to impact the publication of legally permissible material and the readership of stories they didn’t like.

The FBI and others were apparently careful to avoid any direct statements like ‘don’t publish this.’ Instead, they said something like what King Henry II said when he effectively ordered the execution of Thomas Becket, the Archbishop of Canterbury. Henry asked his knights, ‘Will no one rid me of this turbulent priest?’ The king’s retainers did not mistake his meaning. They rode to Canterbury and murdered Becket in the Cathedral. The king’s indirect request was enough to communicate his clear purpose.

That seems to be how senior FBI officials communicated their desires to Twitter (and presumably Facebook and others). That’s how the Bureau seems to have killed the distribution of the damning story about Hunter Biden’s laptop. US law enforcement and intelligence agencies knew the New York Post was about to publish that story. Knowing that, they told social media giants, including Twitter, that the Russians were about to dump some disinformation. When the Post story appeared immediately after that FBI warning, Twitter connected the two. The link was even clearer when 51 former high-ranking intelligence agents publicly stated that the Hunter Biden story had all the earmarks of a classic Russian disinformation operation.

But the laptop story was not disinformation. It was true and well vetted when America’s fourth-largest newspaper published it. Hunter Biden himself never denied the laptop was his. Nor did he deny the contents in the newspaper story. Years later, mainstream media outlets have confirmed the truth of the New York Post story. But at the time, thanks to the government’s false narrative connecting the laptop with Russian disinformation (repeated for years by Democratic representatives, led by Adam Schiff), the story was suppressed on social media. The New York Post’s Twitter account was blocked. Private users were blocked if they tried to circulate the story. Twitter’s rationale for this suppression was that the laptop was ‘hacked material.’ It wasn’t, and they knew it. Even Twitter insiders were troubled by that threadbare rationale.

We need to know everyone who was involved on the government side of this shameful exercise. We need to know what they knew, when they knew it, and what they secretly communicated to the media. We need to know if other social media sites besides Twitter were involved in this operation. And we need a few journalists with the backbone to stand with Elon Musk, Matt Taibbi, and Bari Weiss to expose this malfeasance. 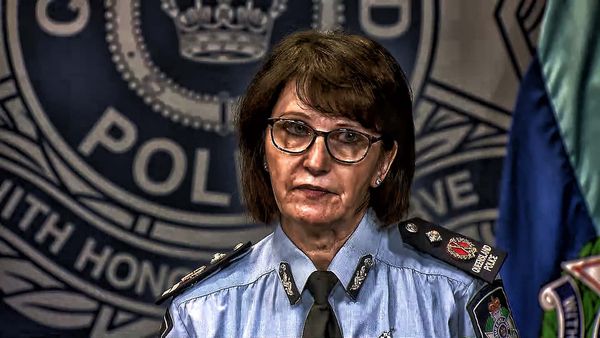