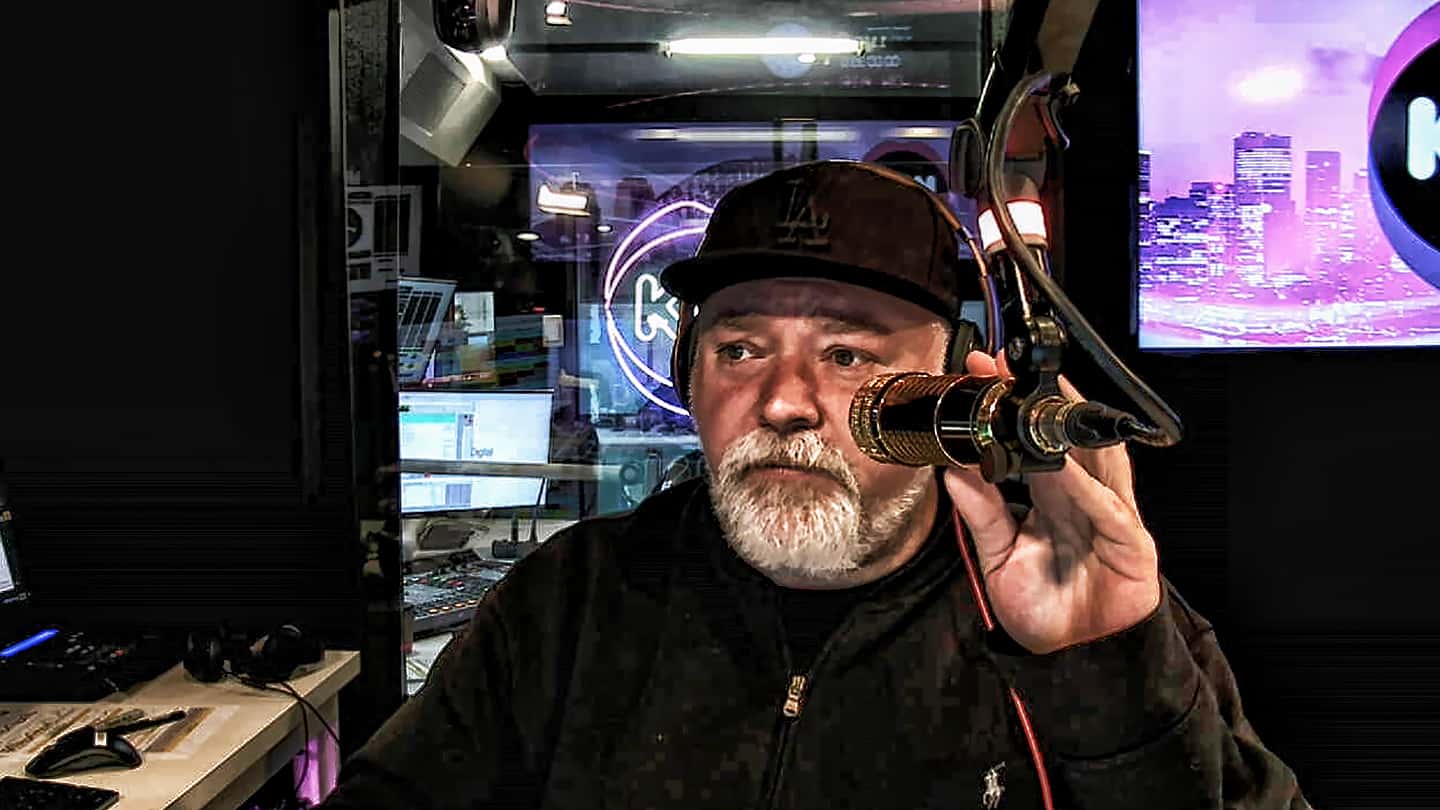 Kyle Sandilands has lashed out at trans athletes saying they should not be allowed to compete in women's sports.

The KIIS FM host claimed it was 'offensive' for athletes who were born as men to compete in the same competition as biological women.

'I feel - and this is only my personal opinion and I'm happy to have my mind changed - if you're born a female, you're allowed to swim against other females,' Sandilands said on Monday.

'If you're a 6ft man with (audio beeped) in women's bathers, that's not going to cut it.'

A producer hit back at the radio host claiming he was being 'really offensive to trans women'.

'It's offensive to women who want to compete against other women, that a bloke is allowed to beat them,' he said.

The producer responded, 'By saying bloke, you're just dismissing what a trans women is'.

'Well you're dismissing what an actual woman is,' Sandilands shot back.

Co-host Jackie 'O' Henderson was forced to intervene and tried to defuse the situation.

She claimed people should hold onto their personal opinions and allow the debate be settled by the athletes and sports organisations instead.

'So we should just say, screw those chicks who are trying to win the medal,' he said.

'I get both sides here,' Henderson said.

'Why - because you're a chick with a d**k?' Sandilands retorted.

Trans athletes competing in women's sport has been a hot talking point throughout the election campaign.

Ms Deves has previously apologised after for her comments.

Queensland MP Robbie Katter was the latest politician to join the debate saying he had plans to move a bill to ban transgender athletes in women's sport.

The Katter's Australian Party MP says if the next federal government doesn't move to ban transgender athletes from women's competitions within 90 days of forming, he will move a bill to do so in Queensland's State Parliament.

The debate has been fuelled after US swimmer Lia Thomas was allowed to compete in female events before she won the women's NCAA Division I Title.

Kyle Sandilands admits he “conned” Aussies into getting vaccinated

Surely the Regime would have known he had too big an ego to keep his mouth shut.

Radio host Kyle Sandilands has said he “conned” the public into getting vaccinated against COVID-19 through a national vaccination campaign.

In a short snippet shared on social media, the Australian shock jock slammed New South Wales Police during a recent show, saying he had “problems getting a liquor licence” because he was not deemed “a fit and proper person.”

Sandilands noted the hypocrisy of the move, noting that he was apparently “fit and proper to do the national campaign to con everyone into getting vaccinated.”

“But the police, they’re a**holes for—this is just trouble,” he said. “I also had problems getting a liquor licence, also, New South Wales Police, because I’m not a fit and proper person. I’m fit and proper to do the national campaign to con everyone into getting vaccinated.”

He didn’t get something he wanted so he spilled the beans. There is a reason the archetype exists of the villain who brings himself down due to his own hubris.

Last year, the KISS 106.5 host recorded a pro-vaccine rap video that was played during ad breaks on Network Ten and MTV.

The track, which is set to the tune of Vanilla Ice’s Ice, Ice, Baby, has had just over 94k views on YouTube.

I haven’t seen it and I am not going to link to something so cringe. Last year everyone was saying this:

“Hey isn’t it suspicious how all these celebrities are coming out and telling us to get jabbed? They are all saying the same thing, like they’re reading from a script. Maybe the government or some big international NGO is paying them all to do it?

Then the World Economic Forum congratulated Australia’s Prime Minister Scott Morrison for pushing along Australia’s digital transition, like the whole Covid thing was just a Trojan Horse to impose greater electronic control over our lives.

Then people started dying from the vaccines and millions of people marched through the streets against them, so governments took one step back from the Covid Tyranny agenda and told us all that now we have to care deeply about the Ukraine.

Then they told us it is a good thing that we are paying more for petrol because yay democracy, and it will spur us to heal the world of climate change, and we really should stop thinking so much about ourselves, and care more about all the Africans who are going to starve because of this.

When Australia is suffering food shortages and much, much worse, they will inform us that it is a good thing that our people are dying by the millions because climate change and White privilege.