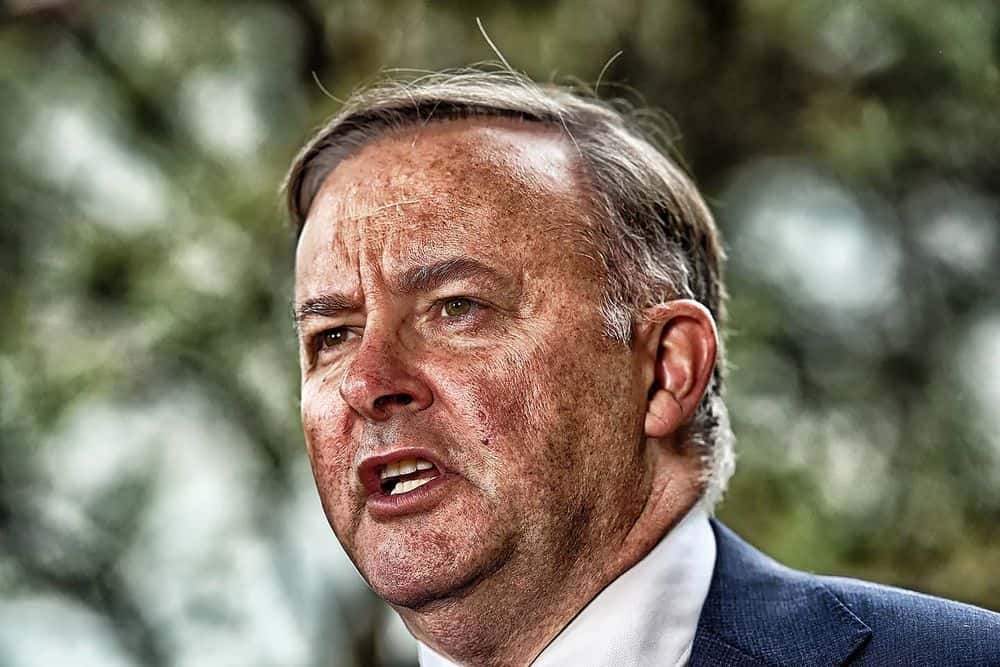 Anthony Norman Albanese born 2 March 1963) is an Australian politician serving as Leader of the Opposition and leader of the Australian Labor Party (ALP) since 2019. He has been member of parliament (MP) for the division of Grayndler since 1996. Albanese was deputy prime minister of Australia under the second Rudd Government in 2013 and a Cabinet Minister in the Rudd and Gillard Governments from 2007 to 2013.

Albanese was born in Sydney and attended St Mary’s Cathedral College, before going on to the University of Sydney to study economics. He joined the Labor Party as a student, and before entering parliament worked as a party official and research officer. Albanese was elected to the House of Representatives at the 1996 election, winning the seat of Grayndler in New South Wales. He was first appointed to the Shadow Cabinet in 2001 and went on to serve in a number of roles, eventually becoming Manager of Opposition Business in 2006.

After completing his economics degree, Albanese took on a role as research officer to the then-Minister for Local Government andAdministrative Services, Tom Uren, who would become a mentor to him.[13] In 1989, the position of Assistant General Secretary of the New South Wales branch of the Labor Party became vacant when John Faulkner was elected to the Senate. The election to replace him was closely disputed between the Labor Left’s Hard Left and Soft Left groupings, with Albanese being elected with the backing of the Hard Left, taking on that role for the next six years.[12] In 1995, he left the position to work as a senior adviser to New South Wales PremierBob Carr.[5]

Solicitor Richard Marles was elected to Federal Parliament as the Member for Corio in November 2007.

Born and raised in Geelong, Marles is an avid Geelong Cats fan. Marles was educated at Geelong Grammar School and has an LLB (Hons) and BSc from Melbourne University.

He began his career with Labor legal firm Slater and Gordon. In 1998, he became Federal Assistant Secretary of the Transport Workers’ Union where he was responsible for bargaining with national transport companies and managing the union’s activities in the Australian Industrial Relations Commission.

In 2000, he became Assistant Secretary of the ACTU and ran the Working Hours Case, which gave workers the right, for the first time, to refuse unreasonable amounts of overtime.

Marles was a member of the National Occupational Health and Safety Commission and led the ACTU’s work on OHS. Richard also led an innovative program of co-operation between the Australian and Papua New Guinea union movements.

He lives in Geelong with his wife Rachel and has four children.