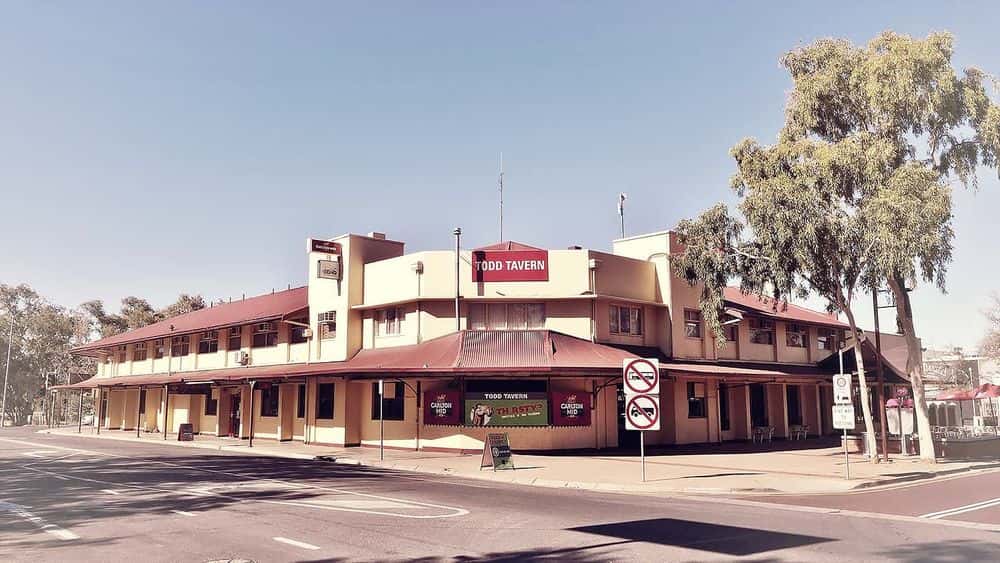 A man has poured fuel on himself from a 20 litre jerrycan in the middle of Leichhardt Terrace this morning, after driving his car into the side of the Todd Tavern.

People at the scene, who police say are ”possibly affiliated” with the 34 year old man, drove off with him in another car, which was stopped shortly afterwards in the CBD and the man was arrested just after 11am.

He was taken to hospital, but has been released and is currently at the police watchhouse. No charges have yet been laid.

Alice Springs division Superintendent Tony Deutrom says there had been an altercation at the venue which had led to the man being asked to leave.

While there were many patrons, passers by and workers at the scene, there have not been any reported injuries.

Police say that while the incident is concerning, the public should take comfort in the speed at which police responded.

Superintendent Deutrom says that the investigation is ongoing, and it is too early to determine whether he was under the influence of drugs or alcohol.

This comes just two days after a 19-year-old was arrested, after speeding through the carpark at Coles, hitting cars and hospitalising a woman, who is due to face court tomorrow. There is no suggestion that the two incidents are connected.

Superintendent Deutrom says he will leave it to the courts to decide the motivation for that incident, but says that there is “nothing at all” to indicate that it was terrorism, as has been claimed by Independent Member for Araluen, Robyn Lambley.

“Insofar as public commentary, etc. there are a number of comments out in public at the moment in regards to Alice Springs. By and large its a relatively safe place to be, people need to be aware of their surrounds, but more recently police actions and operations have led to timely arrest and apprehensions when people choose to break the laws.”

Though he says the two events show a worrying trend for Police.

“The CCTV which I observed today and some of the CCTV which I reviewed from the incident earlier this week, if you were in the area you would reasonably be alarmed and concerned at what occurred.

“It concerns police, but at the end of the day people’s motivations and responses to certain things, we can’t dictate that, but what we can dictate is that we continue to provide a proactive and reactive response in a timely manner to ensure that the Alice Springs community’s safety is maintained.”