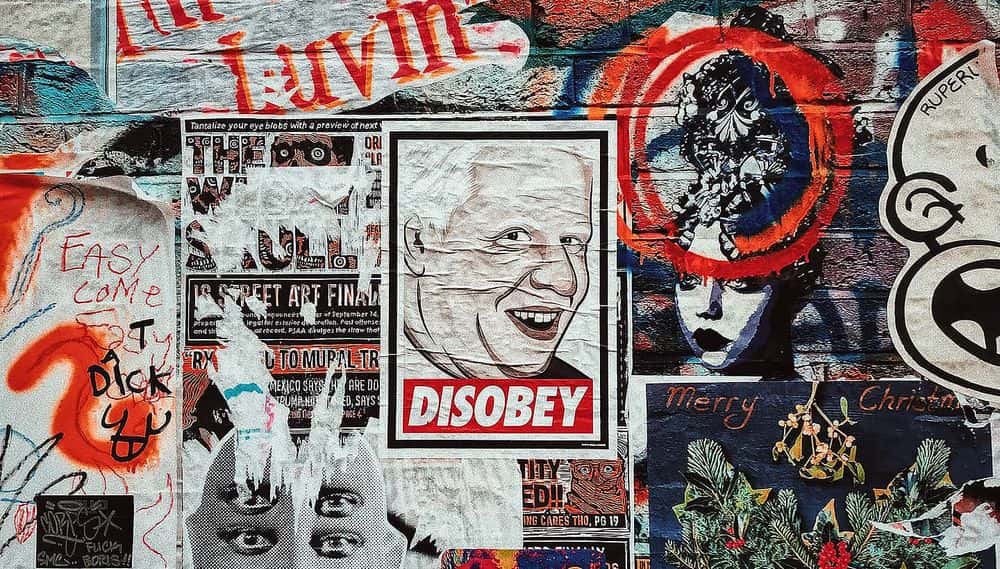 Mandating or coercing COVID vaccination is one of the most important civil liberties issues of my lifetime. It’s a fundamental breach of human rights allegedly guaranteed by a number of international conventions and Australian law, as well as our long tradition of liberal democracy.

Nowhere is the legal  case against put more clearly than in a judgment of the Fair Work Commission published on Monday.  It says, in a dissenting judgment, that because the vaccines are part of a clinical trial, coercing someone to take them breaches The Nuremburg Code, the Universal Declaration of Human Rights, the Declaration of Helsinki, and the Siracusa Principles.

The judgement also holds that vaccine mandates also breach Australian law as the Australian Human Right Commission Act 1986 (Cth) gives effect to Australia’s obligations under the International Covenant on Civil and Political Rights Article 7 which provides “…no one shall be subjected without his free consent to medical or scientific experimentation”.

So the issue isn’t whether it is a breach, but how great a breach, and whether that will have any practical consequences.

In my view, it is in the top tier of breaches – much worse than infringements on free speech, but not as bad as conscripting someone to war (the most serious breach I have seen).

Unlike many abuses of human rights, in this case there are physical risks and benefits to taking the vaccines, some of which are “known unknowns”, or perhaps even “unknown unknowns” to borrow Donald Rumsfeld’s taxonomy of knowledge.

However, on “known knowns”, the US CDC estimates, using the VAERS database that the risk of death is .021 per thousand. That would be 525 deaths from the vaccine if everyone in Australia was vaccinated. And for what? We also know that a percentage of those vaccinated will also die from COVID.

Another way of measuring the severity is to ask what individual Australians will put at risk to avoid the vax.

The answer to that is that thousands have protested on the streets, risking fines in the thousands, and others are about to protest silently by losing their jobs and livelihoods, a price greater than any of the current fines.

What that adds up to one can only guess, but it will be significant, not only to the individuals but to the country as well as expertise is taken out of the system, perhaps never to return. Of particular concern must be that a significant proportion of these are health professionals. This will increase the stress on our hospitals at the moment when they are likely to be hit by a wave of illness from the Delta wave.

In the end, the individual will is more important than the legalities. Conscription didn’t end because it was a breach of human rights, it ended because the public pressure was just too much.

So how much civil disobedience must there be before a government breaks?

It’s certain that you don’t need a majority of the citizenry to be disobedient, just a significant and noisy minority who can feed into sympathetic media narratives.

While most of the media has been dishonourably absent from the field during the COVID pandemic, there are signs that as the audience-lure of COVID-porn wanes they are starting to pick up the stories of lives and livelihoods destroyed by the lockdowns.

They won’t be able to resist the stories of battlers living in their cars, or camped-out in the countryside because they can no longer afford a solid roof over their heads having lost their jobs to the jab.

I can see the numbers of objectors ballooning, along with their sympathisers. Roy Morgan has been conducting a “Civil Disobedience Index” (my term, not theirs) since July 2016 where they ask “What is more important – freedom or the law?”.

Their latest finding is that 29.3% favour freedom over the law, up from 21.6% in March 2020, pre-COVID. That may not be a majority, but it is a significant and increasing minority, and an active and fired-up minority can ultimately roll the majority.

Of course, it doesn’t require street protests to overthrow bad legislation, simple disdain and disobedience will also do the trick.

That is how prohibition was ended in the USA. No one who wanted a drink had to miss out for lack of opportunity, and making it illegal opened up a secondary market where you could pay a “licence” fee to the local constabulary, and you wouldn’t be bothered. In the end, what was the point.

Are Australians really ready to see maybe 20% of their country locked out of meaningful social interaction? Or will we regularly break the law, allowing the unvaxxed into bars and restaurants, discretionary shopping, weddings, funerals, and parties at home leaving legislators to ultimately wonder “What is the point”?

My money is on the lawbreakers.

In my view, the only way this could be avoided is by the state exercising massive force, but even here, the minority will normally break the majority. Think of South African apartheid, or Jim Crow segregation.

Essentially the effort of keeping them in place was too much. Yes, there were fireworks around the edges, but Rosa Parks wouldn’t have moved anything if it wasn’t ready to come tumbling down.

In the meantime, there are some significant political realignments occurring. The UAP, with Craig Kelly at the helm, has reportedly had a huge influx of members, as has the LDP with recruits like Campbell Newman. Both Kelly and Newman are running against lockdowns and vaccine mandates.

Many more will be voting for them than joining their organisations, and many of these will be people who have lost faith in the Liberal and National Parties.

If state and federal Liberal and National leaders want a chance to have, or to hold, power, they will have to temporise with these groups. They may think these voters have nowhere to go but to preference the Coalition, but they should think again.

Voters will vote strategically, and they will vote against those who take them for granted, even if they might think the alternative party would be no better. When Wayne Goss won the Queensland election in 1989 he specifically courted Liberal and National voters to give him “just one term” to clean out the corruption. It worked, although it ended up being two terms.

Likewise in 1972, even without such a direct pitch, Gough Whitlam garnered a sizable slice of one-time Liberal voters who’d had it with the McMahon-led coalition.

Will objectors tamely register a protest by voting UAP, LDP or some other minor, and then direct their votes back to their tormentor, or will they complete the protest by flowing their preferences to the other side. With results between the majors now evenly poised, and always dependent on preferences, it’s a critical question.

So if I were a state premier thinking of vaccine mandates, I’d think again, just on purely pragmatic terms. This is not a measure that is likely to survive in the courts, and even if it does, it will get smashed in the court of public opinion, both by being honoured in the breach and punished at the ballot box.

Graham Young is executive director of the Australian Institute for Progress and founder and editor of On Line Opinion.