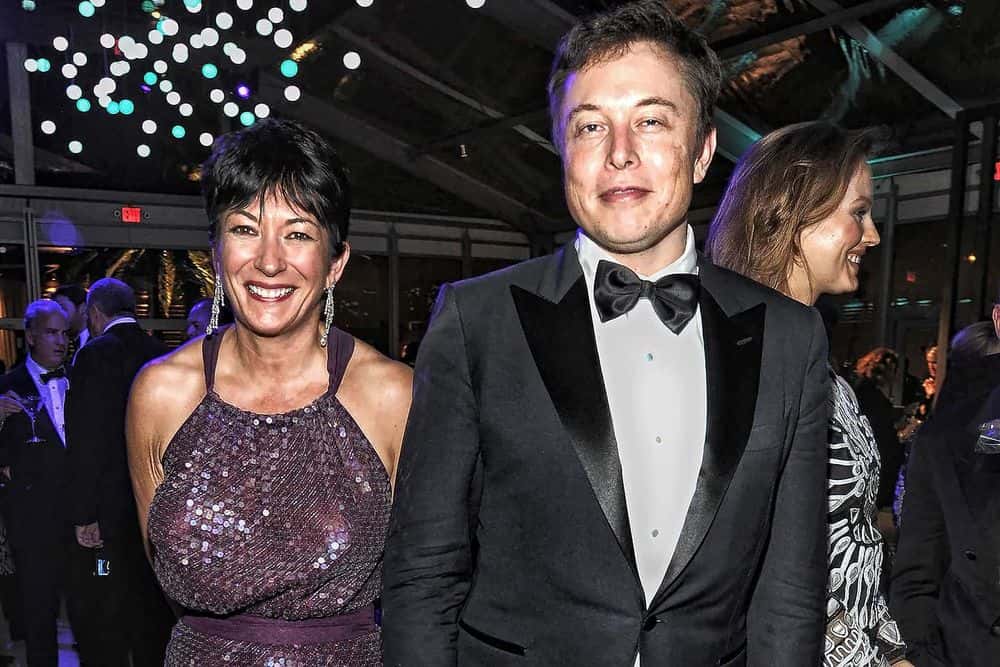 The trial of Ghislaine Maxwell, former partner of Jeffrey Epstein, looks like it is being set up to fail. Prosecutors rested their case after nine days in which victims seemed barely prepared for cross-examination and co-conspirators were notable by their absence.

Even this threadbare reckoning was too much information for Twitter, which banned a popular account reporting daily from Manhattan Federal Court. The new Twitter CEO has previously said the company is not bound by the First Amendment, and blocked posts that were drawing 500,000 views.

The touchy revelation seems to have been that hard drives removed from Jeffrey Epstein’s townhouse in 2019 already had FBI tags on them, suggesting they’d previously been seized and returned to the predator.

The state-corporatist media, like the federal prosecutors, have ignored the clear implication of surveillance and even blackmail. The court case is limited to six counts relating to sex trafficking and Maxwell’s alleged involvement in Jeffrey Epstein’s sexual abuse of teen women.

Not only does it seem U.S. agencies may have been complicit in compromising individuals — Twitter tries to stop us from knowing. Kudos to The Free Press Report for its daily summary of the trial.

It is said that Catherine de’ Medici maintained a unit of female spies. These women, multi-talented in languages and the arts, also formed the escadron volant or flying squadron, so named after the queen introduced ballet to the French court.

The military overtones come from their duties in the field of state security in which they applied all their skills, including those of the boudoir. The way in which Catherine deployed her agents resounds down the years.

The tense political climes demanded tough measures. Henry II (reigned 1547–59) had died in a jousting tournament and his son Francis II, married to Mary Queen of Scots, lived only a year. That left Catherine as regent to Henry’s second son Charles IX (1560–74).

The inference remains that these young women were pressed into service. Catherine was also from a dominant family in her own right as daughter of Lorenzo de’ Medici, Duke of Urbino. The squadron dispersed her rivals, presumably using blackmail alongside manipulative techniques of jealousy, rivalry or distraction.

The term blackmail dates from this time. Originally called simply “mail” it referred to rent. When paid in silver it was white, or reditus albi but when paid in labour, produce or livestock it was black — reditus nigri.

Whether it originally had negative connotations is moot. By the sixteenth century however, it was used on the Scottish borders to refer to protection money extracted by raiders. By the 19th it described extortion by officials or journalists.

The Medicis used those around them and leveraged their skills to gain information, and this extended to the arts. The Flemish painter Peter Paul Reubens (1577–1640) was fluent in six languages — daubed with talent by the brushful — and no mean spy.

His father had lived in Antwerp when it was was centre of the trading world, moving in the circles of William of Orange. He would reach the loftier orbit of Marie de’ Medici, second wife of Henri IV of France — a fateful choice for Henri, who would die by an assassin’s knife the day after her coronation.

Reubens would frequent the courts of Philip IV, mixing with his favourite the Count-Duke of Olivares, and that of Charles I and the Duke of Buckingham. Reubens was loyal to the Spanish power during the Dutch revolt, and he seems to have counseled against war with the English and French.

Though tastes in art have tumbled since Reubens’ day it remains a tool of cultural exchange and power, while celebrity and bodily beauty are employed more ruthlessly than ever.

The CIA used modern art — the more abstract the better — in the 1960s to overshadow the Soviets in a display of superior creativity and intellectual freedom. Along with compliant authors, journalists, think-tankers and activists it promoted the careers of Jackson Pollock, Willem de Kooning and Mark Rothko.

So when we read of Jeffrey Epstein and Ghislaine Maxwell partying with what may soon again be called the Jet Set, it is easy to miss the underlying power relations. Likewise the grasping seeking out of influence of the museum crowd, amid the contrived and the affected, the grey suits of the moneyed world trying to escape their conventional selves into an orbit where the word eclectic long ago became cliché.

Their connections targeted those in the scientific sphere, leveraging Maxwell’s father’s ownership of Pergamon Press, a publisher of scientific journals. Epstein had his own connections through universities like MIT and Harvard and John Brockman’s Edge Foundation, where futurists and transhumanists discussed how to manipulate hierarchies of need to create new models of cybernetic governance.

This should ring bells for those who have watched how Event Covid rolled out, with the use of behavioural psychology taking primacy in the government response, even ahead of medical treatment.

Hobnobbing is the perfect opportunity, for those of ill will, to try to compromise others but the famous blackmails of the past were, like kidnappings, individual. It takes a spy agency to do it en masse.

So who leveraged Epstein and Maxwell’s performance art? Who, in the jargon of Silicon Valley, Mountain View and venture capitalists helped them achieve “iteration at scale”?

Much that we have heard about the duo points to this objective: the townhouse with cameras in every room and a video-editing suite to record them. Flight lists of politicians and business executives: we likely know only a fraction of the roll call but they don’t seem to be the sort you’d invite to your private island for laughs.

Tabloid stories in the 1990s had already linked Epstein and Prince Andrew, quoting the gossip of the time that Epstein “worked for CIA.” The connection with intelligence goes deeper than braggadocio.

Robert Maxwell and his daughters are prominent in the evolution of information technology, including Christine Maxwell’s Chiliad Inc, which claimed as clients for its data analysis software the FBI, Treasury and NSA, and may have included the CIA — an echo of the PROMIS monitoring software that Robert Maxwell helped to sell to intelligence agencies.

Just before the Maxwell trial we got another connection, a declassified CIA inspector general report into child abuse by CIA staffers, obtained by BuzzFeed News through Freedom of Information Act lawsuits. This showed that at least 10 employees and contractors had committed sex crimes against minors and were not prosecuted. Of the news services only CBS seems to have given the story much prominence.

The revelations are ominously reminiscent of the accusations by Human Rights Watch that the State Department contractor DynCorp trafficked women and girls in Bosnia and Herzegovina. Documents submitted to a Florida court in 2008 suggest one of Epstein’s helicopters shared the tail number N474AW with a State Department plane leased to DynCorp.

At the very least the CIA failed to act. It is a small step that connects human trafficking, the drug operations chronicled over 50 years by the academic Alfred McCoy, and the money laundering that U.S. financial authorities have ignored and exposed in equal measure.

The historical provenance goes back to Barings Bank and the opium trade, African slavery, and trafficking in Chinese labourers who dug the trenches for the First World War — and stayed on to bury the dead.

COAT OF MANY COLOURS

The Medici coat of arms was five red spheres on a gold shield, under one ball of blue. Jokes aside, given the power of the Medici matriarchy, we can imagine that bouncing balls are to be dispatched to the four corners, with one to spare.

If you send your descendants to penetrate countries, whether you are a banker or monarch, like French kings who sent their sons to Albion, the first thing they will establish is an intelligence operation. In the same way Walsingham, spymaster to the Tudors; or the Cecils and Sackvilles who as Treasurers profited from managing finances for the crown.

Practically the first act of Pope Francis in 2014 was to fire the heads of the Vatican bank. The route to big money is to latch on to monarchs and governments, or the don, or whoever lords it over the manor and to help him fleece it.

It begs the question: if Epstein was a solo operator running an extortion ring his operation would not have lasted one year, let alone 30. For he trod on the toes of the powerful, the architects of the Forever Wars from Helmand to the coca fields of Colombia.

This suggests his connections were more than tangential with intelligence agencies of several countries which are, after all, the footsoldiers of those who established them: Wall Street, the old East India Company money, The Investors, the bankers — slice and dice, pin to a cocktail stick and label to your liking.

Who, then, was kept in check by the rustle and crack of closeted skeletons? Even Donald Trump who gave Epstein the cold shoulder in later years and was unfairly traduced by the Russiagate saga, was an associate of Roy Cohn and managed Resorts International, the casino inheritance of Meyer Lansky. Far from a royal court but princelings still.

Seen from this aspect, the Maxwell trial is the iceberg tip of the oldest, most powerful, still-active syndicate. It sheds light — or would, if fully prosecuted — upon the techniques and trades of the ancient professions, those timeless merchants of weapons, drugs and trafficking.

Twitter is keen that we should not make the connection for The Wretched of the Earth, as Frantz Fanon wrote, might recognize the common enemy and become conscious of a target, and possessed of the will to resist.

A report by the Frazer Institute points out that the United States in particular has a history of the state misusing surveillance to commit blackmail, intended to silence dissent, as revealed by the Church Committee of 1976.

The NSA whistleblower Edward Snowden revealed the US government was using the Internet to conduct mass indiscriminate surveillance. Eric Schmidt, then CEO of Google, said in a 2009 interview:

if you have something that you do not want anyone to know, maybe you should not be doing it in the first place.”

The makers of our Constitution…knew that only a part of the pain, pleasure and satisfactions of life are to be found in material things. They sought to protect Americans in their beliefs, their thoughts, their emotions and their sensations. They conferred, as against the Government, the right to be let alone — the most comprehensive of rights and the right most valued by civilized men.”

When the U.S. government acts as the accomplice of blackmailers, and social media companies like Twitter scurry to provide cover, the rights of us all stand on quicksand.

Whatever your view on Event Covid the accent on state security is grave: the military figures prominently, with unprecedented censorship and unbending discipline by politicians in lockstep, if not goose step. There is more than a whiff of compulsion. If you let slip there’s a blackmail operation, don’t you reveal who is behind it?

Moneycircus is written by a former executive producer in network news who lives in Tbilisi, Georgia. You can subscribe and support his work here. 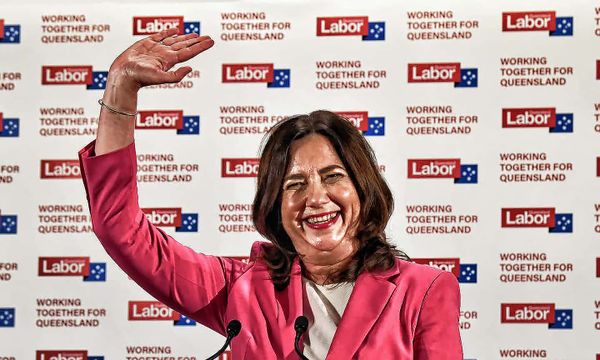