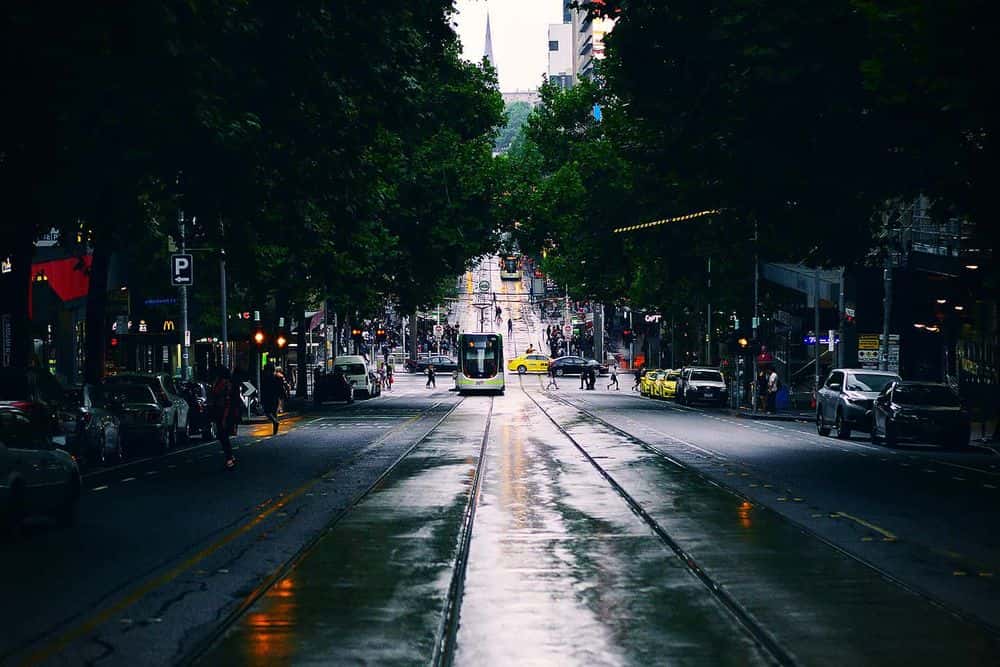 Melbourne commuters who refuse to wear masks on public transport will cop a $200 fine from tomorrow, in a new police crackdown targeting people disobeying coronavirus restrictions.

The blitz comes after the release of new figures which suggest that just half of all passengers on public transport around Melbourne have been wearing face coverings in the last month, compared with about 88 per cent of people complying last November.

Officers and protective service officers will be riding trams, trains and buses – particularly in the morning and afternoon peaks – handing out face masks for anybody who is not wearing them.Should anyone refuse, they will be slapped with an on-the-spot $200 fine.The blitz kicks off tomorrow and will last for two weeks.

Mask-wearing on Melbourne’s public transport network will be more heavily enforced as police prepare to embark on a two-week blitz.

Nearly half of Victorian commuters are wearing masks incorrectly or not at all on Melbourne’s trains and trams, as police prepare to bolster their presence on the network, with roving patrols to start on Monday.

Officers will first adopt what police describes as an “educative approach” by offering a mask to those not wearing one, but people who reject it without a valid reason will be liable for a $200 fine.

The blitz will start on May 24 and finish on June 6.

Superintendent of the police transit division Andrew Humberstone said police were responding to concerns from people within the community about diminishing mask compliance on public transport.

“As part of these patrols, police will not only be engaging with those not wearing a mask without a valid reason and offering them a face covering, but also providing reassurance to the rest of the travelling public that a rule designed to protect everyone’s health and safety is still being respected,” he said.

Mr Humberstone acknowledged it was easy for commuters to forget to wear their masks, as face coverings are no longer required to be worn as extensively as before.

“Given face coverings aren’t as ingrained in our daily lives as they were last year, we also understand it may be easy to forget to pack a mask as you rush for the train in the morning or leave the pub after a few post-work drinks, so we will always be adopting an educational approach and providing anyone not wearing a mask with the option of one.

“We will also be on the lookout for any criminal or anti-social behaviour as part of these patrols, ensuring the travelling public not only is safe, but feels safe on our trains, trams and buses.”

Public Transport Minister Ben Carroll said: “We need every single Victorian to play their part in protecting the precious gains we’ve made against the virus, to keep our state safe and open. We know that sometimes people just forget their masks when travelling – and we’ve got you covered, with transport staff and police handing out masks in busy public transport areas over the coming weeks.”

Authorised officers employed by rail, tram or bus companies do not have the authority or powers pursuant to the Public Health and Wellbeing Act and therefore are unable to enforce Chief Health Officer directions.

But they will have a heightened presence at 121 railway stations in the metropolitan area and four in regional Victoria in the evenings. All other stations will be patrolled by mobile protective service officers who will be visible on trains and at stations.

Thousands of free face masks are available for passengers at more than 80 Metro train stations and 50 V/Line stations across the public transport network.