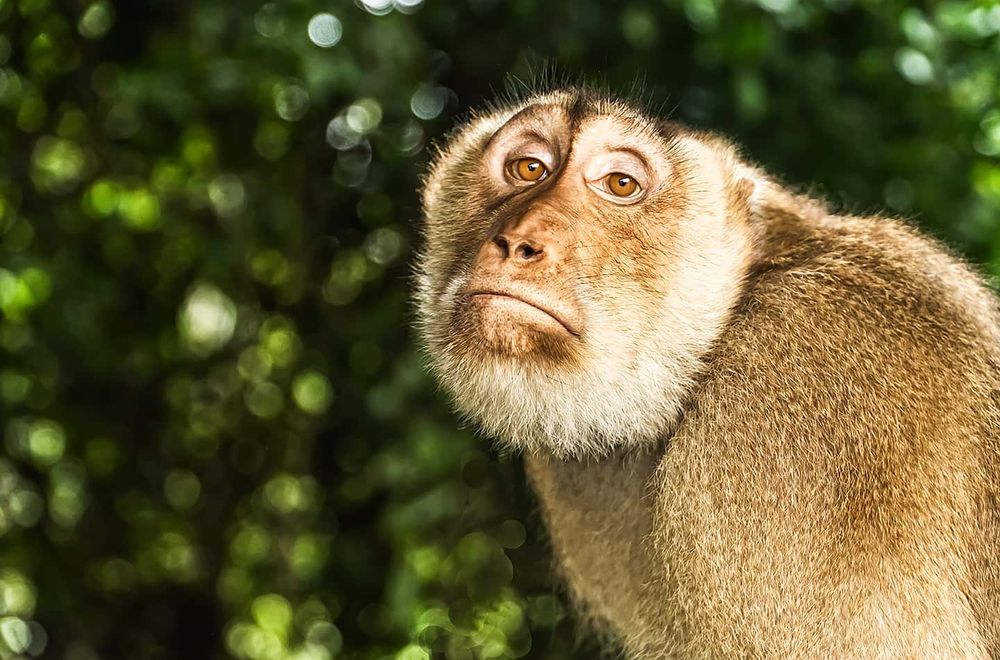 Alright, hands up – who had #Monkeypox on their 2022 apocalypse ‘bingo!’ card?

In response to widespread hysteria sweeping social media, the World Health Organisation has declared an emergency and issued an edict banning citizens from all monkey shagging until a global vaccine roll-out can be organised via the ‘We Definitely Don’t Play With Your DNA Epidemic Preparedness Consortium of the Filthy Rich’. According to an unelected panel of unnamed experts, Smallpox vaccines are being dug out from the back of the pantry and re-purposed. For the sake of community safety and public health, all Twitter users are advised to add a monkey symbol to their usernames, preferably between the four needles and mask emoji but not after the Ukrainian flag or declarations of pronouns.

Further, anyone that finds themselves sitting next to a chimp, orangutan, or member of the gorilla family will be required to self-isolate upon arrival at the Banana Republic airport. Mask-wearing is encouraged at most zoos. Animal rights activists have launched a campaign to rename Monkeypox M-15 to avoid what they call hateful stigmatism and ‘filthy’ speciesism against monkeys displayed by ‘racist’ health authorities. Planet of the Apes has been temporarily restricted on Netflix with a warning that images of monkeys may disturb some viewers.

Well – no – but global health bodies and the mainstream press are having trouble with the public who refuse to take Monkeypox seriously.

Ever since Covid died off out of the news cycle, the public have been living on borrowed time before the next pandemic. The World Health Organisation and World Economic Forum have been itching for the ‘next big one’ which they need in order to continue expanding their authoritative powers over the ‘One Health’ solution. No fear? No power.

Australian radio stations and print media missing the Covid clickbait have indulged in flu-fear pieces for a few weeks, running scare campaigns about ‘horror’ children’s birthday parties where kids walked away with a cough. Despite their best efforts, it’s tough to make people fear something they’ve treated with Lemsip and a box of tissues their whole lives.

Monkeypox has an exotic flare that lends itself toward trending hashtags (and memes).

The virus has been endemic to various parts of Africa for the last 40 years in humans and discovered in monkeys as far back as 1958. It has recently escaped into the wider world – assumed to be via travellers from Nigeria and the Democratic Republic of Congo. Since then, health authorities have recorded cases in Europe, North America, the UK, and Canada.

Monkeypox is slow to spread and severely limiting its ability to cause a Covid-style pandemic situation, but that hasn’t stopped the news filling with a case-by-case progress report as Monkeypox swings its way into new countries.

This isn’t Smallpox 2.0 – although it is a cousin twice-removed whose symptoms will make victims less Instagrammable than the era of Covid mask selfies.

‘At this point, the cases are mainly being detected by clinics that treat sexually transmitted diseases and are being seen in men who have sex with men. But the World Health Organization and the Centers for Disease Control and Prevention have cautioned that to assume the virus is only circulating in a single subset of the population risks missing cases that may be occurring among other people.’

The World Health Organisation have confirmed that, ‘Newer vaccines have been developed of which one has been approved for prevention of Monkeypox.’ Side effects include the irresistible urge to climb trees and swing around screeching. ‘The World Health Organisation supports Member States with surveillance, preparedness and outbreak response activities for Monkeypox in affected countries.’

It is yet to be confirmed whether Monkeypox will feature at this weekend’s Bond Villain conference in Geneva.

IS MONKEYPOX A COVER UP FOR VACCINE DAMAGES LIKE SHINGLES?

There is some evidence that suggests the alleged monkeypox outbreak could actually be a result of the Covid-19 vaccination program. Because the “vaccines” are known to damage the body’s natural immune system, those who have taken the shots are very susceptible to diseases like herpes, shingles, and auto0immjne blistering disease.

The Daily Exposé has done a great job putting maps together showing where the Pfizer “vaccines” were widely distributed and where there are current monkeypox outbreaks. Of course, correlation doesn’t necessarily mean causation, but it is interesting that there is a lot of evidence of immune system degradation to the point of acquired immunodeficiency syndrome (AIDS) in those who have taken the injections, and now there’s another odd outbreak.

The above is a map showing the main distributions of the Pfizer vaccine.

Here’s the actual map showing countries were “confirmed” cases of monkeypox have been reported to the World Health Organization (WHO) since the middle of May 2022.

Apart from a couple of countries, there isn’t really much of a difference, and every country that has reported alleged cases of monkeypox since May 2022 where it was not already endemic, is a country that also distributed the Pfizer Covid-19 injection. Oddly enough, people have reported herpes zoster or shingles (also the chicken pox virus)  as one of the side effects of the “vaccines.”

One of the documents contained in the Pfizer data dump is ‘reissue_5.3.6 postmarketing experience.pdf’. Page 21 of the confidential document contains data on adverse events of special interest, with one of these being herpes viral infections.

But there’s another condition that authorities could be falsely claiming is monkeypox, and we need to return to the confidential Pfizer documents to find it. This condition is hidden within the 9-page long list of adverse events of special interest at the end of Pfizer’s reissue_5.3.6 postmarketing experience.pdf document.

Perhaps monkeypox is a cover-up for the failures of the COVID-19 injections. Maybe it’s not. At the very least, it’s a distraction. The public is hardly concerned that the shots they took are giving them AIDS and is more worried about the 1000 people globally that the mainstream media is saying have this disease.

WHO to rename Monkeypox because it’s fake and gay

The discourse of the latest globalist pandemic scare campaign has given us a beautiful case study to examine the way in which woke idiots will tie themselves in rhetorical knots in order to avoid offence:

The World Health Organization has said it will rename monkeypox to avoid discrimination and stigmatisation as the virus continues to spread among people in an unprecedented global outbreak of the disease.

Dr Tedros Adhanom Ghebreyesus, the WHO’s director general, said the organisation was “working with partners and experts from around the world on changing the name of the monkeypox virus, its clades and the disease it causes”.

The move comes after scientists called for an “urgent” change to the name which they described as “inaccurate”, “discriminatory” and “stigmatising” in a report released last week. An announcement on the new name would be made “as soon as possible”, said Tedros.

Similar concerns were raised at the height of the coronavirus pandemic when new Covid variants were named after the countries or regions where they were first detected, leading to travel bans and other restrictions. In response, the WHO brought in a naming system that referred to new variants as letters of the Greek alphabet.

In the report, the scientists raise concerns that the “prevailing perception” in the media and scientific literature is that monkeypox virus is endemic in humans in some African countries, whereas the virus is overwhelmingly found in animals, which have historically sparked occasional outbreaks when they infect people.

The scientists warn of “an increasing narrative in the media and among many scientists that are trying to link the present global outbreak to Africa or west Africa, or Nigeria”. While the UK Health Security Agency first raised the alarm after a person with monkeypox arrived in London from Nigeria on 4 May, the virus had already been spreading for some time, predominantly among men who have sex with men.

What they’re trying not to say is that at some point, a faggot fucked a monkey in Africa.

Also, the whole monkey thing. Consider that in The Planet of the Apes remake, the apes were presented as the good guys, rebelling against their human oppressors.

The symbolism of blacks killing Whites was unmistakable, not to mention overt incitement. I guess it’s okay to make black people analogous to apes when Hollywood is trying to start a race war, but having a nasty virus which only affects reprobates and originated in Africa called “monkeypox” is just a little beyond the pale for the overlords, apparently.

Now consider that The Planet of the Apes remake also depicted a virus which wipes out a large portion of humanity at the exact moment as the Apes arise. Also, isn’t it funny how the first city to fall is San Fransisco?

These people know what they’re doing.