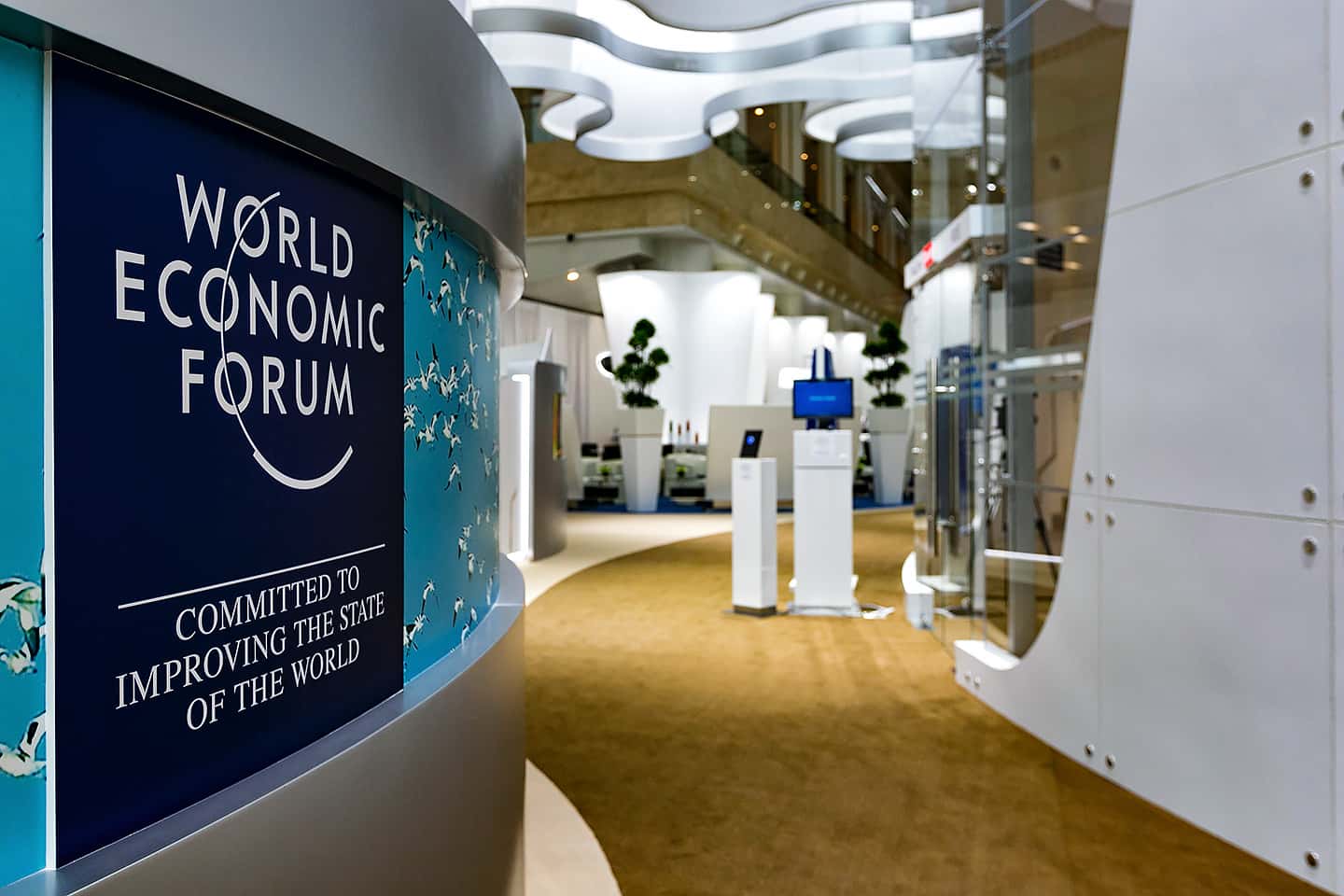 Abusive parents have been known to make their children appear sick in order to gain attention, fame, and fortune. Sometimes they go so far as to poison their offspring to complete the illusion and fool countless experts who fawn over the suffering child.

Munchausen’s by proxy is considered both a severe form of mental illness and a crime that features fraud and grievous bodily harm – one that is on the rise since the West decided to build its social structure on monetised victimhood.

While many of us can recognise that there is something wrong with adults uploading TikTok videos of their two-year-old boys covered in lipstick repeating coached lines about ‘gender confusion’, we have all been deceived by a grander – far more serious – global lie.

Our planet is not sick.

It is being made to look sick so that bureaucrats, politicians, bankers, mining giants, and big business can profit from the abuse of power that the fear of death brings. This behaviour may even result in actual damage as the dismantling of economic systems brings poverty, chaos, and hunger to once thriving nations.

The falsification of Earth’s apocalyptic diagnosis has to be shouted from every school, news broadcast, parliament, and street corner – otherwise no one would know it was happening.

This is necessary, because without widespread belief in the terminal illness of ‘Climate Change’ none of the catastrophic and authoritarian overreach dreamt up in Brussels or a Davos ski lodge would be accepted. When the public ask why their democracy, lives, and liberty must be destroyed, they are told ‘it is to save the planet’.

‘Capitalism kills – and communism is the answer!’ Insist the climate fascists, as their bank accounts swell.

How can you argue against ‘saving the world’? You can’t, and that is the point. It is the Great Wall of Bullsh*t that keeps the peasants out. This is what gatekeeping looks like where moral purity is used to protect fragile political untruths from scrutiny.

What are we being kept out of? About US$90 trillion in funds by 2030 for ‘climate’ infrastructure, according to the World Bank. That doesn’t include the money we pay to the United Nations, which raked in $2,087,762,380 in 2021 – what for, again? All Australia received was an ultimatum.

The United Nations has become an alliance of warlords, despots, dictators, socialists, and cowards. If this entity cannot stop war in Ukraine or keep China’s hands off Taiwan, what makes anyone imagine its mythical powers can control the planet’s climate with tax? It is, however, skilled at brokering deals between billionaires and governments by drafting treaties that trap democracies in the fine print of a parasitic foreign bureaucracy.

What is Australia getting out of this relationship? It’s certainly not friends or a stable geopolitical region. China has purchased our Pacific pals for a group discount and entered into deals with their governments to mine undersea gas and oil in defiance of so-called ‘climate fears’. Were all those tearful videos of politicians standing in ankle-deep water, goading us to ‘panic’ about the (terrifying?) idyllic vista, nothing more than a manipulation of public opinion? Worse. It appears they were a demand for money and Australians fell for it. We are the gullible idiots, done out of our cash by fake victims. Our good nature has been used against us and we should be furious.

Global entities continue to promise that our taxpayer sacrifice – I mean investment – will be paid back four-fold in a glorious ‘green’ economy, but that profit is not for the people, it’s for the menagerie of companies set up to leech off the climate grift. These are the ‘carbon footprint calculators’ that work out how to punish you for breathing, the ‘synthetic meat producers’ that figure it’ll be easier to get the poor to eat chemicals rather than bugs, pharmaceutical companies producing vaccines to ‘reduce emissions from cows’, digital surveillance giants to keep track of ‘climate crimes’, or worst of all – organisations that specialise in ‘carbon offsets’ that allow the rich to do as they please while someone else buries a few lumps of coal that a freezing family could have used to warm their home.

Mining corporations have supported this ‘green’ revolution to their apparent ruin. Except, that’s not what’s happening. ‘Going green’ does not mean dutifully bending the knee and locking away fossil fuel fortunes. ‘Green energy’ is an excuse to squeeze the market – creating an artificial shortage of fossil fuels and corresponding price hike. The real genius is the legislating of electric vehicles, battery farms, wind turbines, and solar panels to ensure outrageous demand for previously cheap minerals that mining companies are selling for up to 600 per cent of their ordinary value. While they stare down the camera and ramble about ‘responsible environmental practice’, their mines are expanding – tearing up the world to satisfy renewables which require vastly more mining than nuclear or coal. It’s a boom, not a closure.

As for the World Economic Forum, it is a closed-door lobbying event for the rich and powerful to shape the future of the world into a globalised, centralised, bureaucratised entity. They were not elected by the poor to speak or act on their behalf – they appointed themselves through the grace of privilege and wealth. Peter S. Goodman describes the ‘Davos man’ as a ‘rare and remarkable creature – a predator who attacks without restraint, perpetually intent on expanding his territory and seizing the nourishment of others, while protecting himself from reprisal by posing as a symbiotic friend to all’. The members of Davos wear the sheep’s wool of philanthropy while herding the flock toward a collectivist system of government.

Before we end up clutching candles and fighting over scraps of food, it is time for Australians to shake off the fear-mongering and challenge the diagonisis given by so-called ‘experts’ who profit from our ‘climate illness’. Strip away their Net Zero taxpayer credit cards and banish them from bureaucratic love-ins where the sneering elite cluster around the caviar to ‘decide’ the direction of humanity as if they were minor deities nudging pawns on a chessboard.

If the planet is not sick, these people have no power over us. That is why dissenters are silenced rather than debated. They are the concerned grandparents who see the parent abusing a child and try to intervene, but are shoved out the door. Any attempt to take a rational, historical, and accurate look at the planet’s health results in immediate de-funding and expulsion from scientific organisations who need the delusion to continue to justify the acquisition of billions in government funding. It is the behaviour of a terrified cult, held together by whispers.

The manufactured illness of Climate Change (formally Global Cooling and Global Warming) exists primarily in scary YouTube videos, memes, and thousand-page reports padded out by fictitious computer modelling. Ordinary weather events are re-told as apocalyptic. Our climate history is ‘homogenised’ or erased by supposedly ‘trusted’ government bodies depending on how damaging it is to the apocalyptic narrative.

Before interpreting Australia’s droughts and flooding rains as the beginning of the end times, there is something we should remember. There are a lot of activists out there demanding society re-write history and deny reality because the facts refuse to change. This turns civilisation into a fiction, and from fiction any lie can be upheld as law.

Australia is about to consign the lie of Climate Change into law. After that, our government can justify any and all imposition on democracy to satisfy this ‘fear’.

For those who think this is still a conspiracy, look to the Netherlands and their government. To service the demands of EU and UN climate targets, they are prepared to destroy their agricultural industry. Australia’s ‘green’ alliance of Labor, the Greens, and Teals, would not hesitate to do the same.

The world is not sick – but it is being abused.