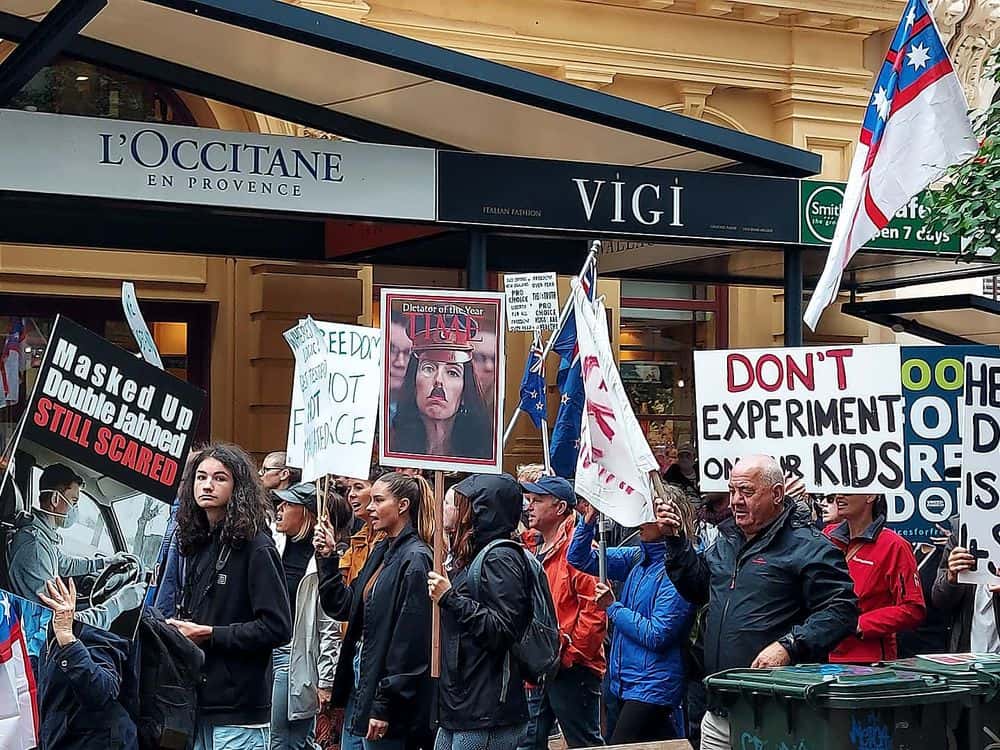 On November 9, New Zealand strengthened parliamentary security measures because thousands of people gathered to protest the mandatory vaccination against the CCP virus and the government blockade.

Many people held signs and slogans with the words “Freedom” and “Kiwis are not lab rats” and chanted slogans demanding that the government abolish compulsory vaccination and lift restrictions.

“I will not be coerced and I will not be forced into taking something I don’t want in my body,” a protester said outside parliament.

New Zealand has been struggling this year to fight off the outbreak of the highly contagious Delta variant, forcing Prime Minister Jacinda Ardern to switch from his strategy of elimination through lockdown to living with the virus with higher vaccinations.

Last month, Ardern announced that teachers and workers in the health and disability sectors need to be fully vaccinated against the COVID-19.  She promised to end health-related restrictions after 90% of eligible people are vaccinated.

This threshold is higher than in many other countries and has drawn criticism from those who demand more freedoms.

“Treat us like people!!” another protester yelled when asked about the government’s decision to compulsorily vaccinate certain public sector workers.

“I’m here for freedom. The government, what they are doing is anti-freedom.”

New Zealand is still one of the countries with the fewest cases of COVID-19 infection in the world. So far, fewer than 8,000 cases have been reported and 32 deaths have been reported.  125 new cases were reported on Tuesday, and nearly 80% of eligible people have been fully vaccinated.

When it comes to compulsory vaccination against the COVID-19, governments and politicians of all countries treat their citizens like the Nazis. As the number of mandatory vaccinations rises and people suffer from the after-effects of vaccines, the public is beginning to wake up, and with it the great marches against mandatory vaccinations are being staged in various countries, although it is a lesson learned in blood and tears.