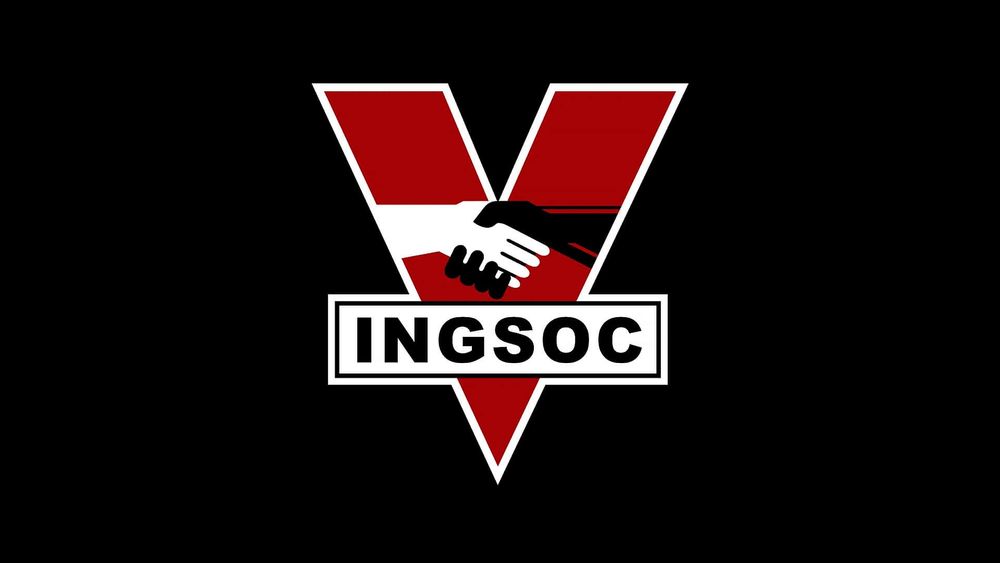 As our captured two-party system embeds robotic politicians in the parliaments, their language is drying up and becoming highly formulaic. This is associated with another Orwellian phenomenon, rewriting history, even for opinion polls.

As our captured two-party system embeds robotic politicians in the parliaments, their language is drying up and becoming highly formulaic. This is associated with another Orwellian phenomenon, rewriting history, even for opinion polls.

As to politicians’ NewSpeak, they now regularly release some vision as if it were from the Oracle at Delphi. To stop any questioning, this is announced with that dissent-closing phrase, ‘The modelling says…’

Modelling? You cannot answer that.

The Sybil has spoken and it will come to pass. And yet something always tempts me to repeat the immortal words of the great Anglo-American statistician, Professor George E.P. Box, ‘All models are wrong’. As indeed they are.

Meanwhile, in days still dominated by the viral gift from Dictator Xi and Dr Fauci, politicians constantly rely on an all-purposes formula to justify some new decree they have just dreamt up.

At this point I must reveal that the good doctor has long reminded me of the evil genius that haunted my childhood, Dr Sivana. (A mad scientist determined to destroy the world, we were always saved in the nick of time by the ubiquitous Captain Marvel.)

As to the all-purposes decree-justifying formula, the politician looks at the audience and says with the straightest face he can muster, ‘The medical advice says…’

There are two rules he must observe: never reveal the advice nor name the author.

Call me foolish and ill-informed, but why does this medical advice never, ever, include any one of the Nobel laureates and the many other distinguished internationally celebrated scientists who openly dissent from the Fauci line, a line which Australia’s federal and state political leaders curiously but unanimously accord the medical equivalent of pontifical infallibility?

Another example of politicians’ shorthand phrases designed to silence dissent are those used to make Australians accept why those same politicians are making the nation’s energy even more expensive and less reliable than they already have. This is for two purposes. First, so the temperature can be set with extraordinary precision several decades hence and second, so that floods and bushfires are made things of the past.

The shorthand phrase used to do this is simple, effective and indeed, irresistible: ‘Just follow the science’.

When I hear this, it must be the Devil who makes me think of those two Australian Nobel laureates who refused to follow the science and were originally ridiculed when they dared announce that peptic ulcer is no longer a chronic, frequently disabling condition, but a disease that can be permanently cured.

This is to just say: ‘Believe the experts’. But again, something makes me think of those many lawyers on both sides of a court case who regularly and normally engage and pay for highly qualified experts for the purpose of, believe it or not, giving contradictory expert evidence.

At least we know that in relation to polling, no politician ever looks at this, especially if it suggests a loss. As we know – and for this we have their word – the only poll politicians are interested in is the election.

Now the latest poll is in the Sydney Morning Herald (24 January, 2022) Republic Push: Majority agree but split on how.

This contrasts with two prominent lines of pie charts on page four which tell the reader that ‘general support’ for a republic is only 36 per cent and support for the Australian Republic Movement’s new model is 38 per cent.

It is only when you go down to the seventh paragraph of the text and look at another pie chart on the page opposite just above the Queen’s picture, that you realise where the 54 per cent figure comes in.

‘The real referendum vote question will force you to vote Yes or No. Even if it’s just a slight leaning or a guess would you vote Yes or No to Australia becoming a republic?’

This is a rewriting of law and fact. No one is ever forced to vote Yes or No. You can vote informal and many people do.

The answer to this question will be higher than it should have been.

Then there is the opening question, ‘Are you personally in favour or against Australia becoming a republic independent of the UK?’

Then there is the long second question. It includes these words ‘…the UK’s monarch automatically being Australia’s head of state’.

Australians for Constitutional Monarchy has a team of experts in constitutional and international law and vice-regal practice chaired by the Hon. Kenneth Handley, a former Australian judge so distinguished he has been asked to sit on four courts in other Commonwealth countries. They are unanimous in their advice that the Governor-General is Australia’s head of state.

Once again, the question rewrites the facts and the law and favours one side in the referendum debate. This poll is corrupted at three significant points.

On the day it appeared I wrote a letter to the editor of the Sydney Morning Herald setting out the last two matters vitiating the poll.

The letter was not published.