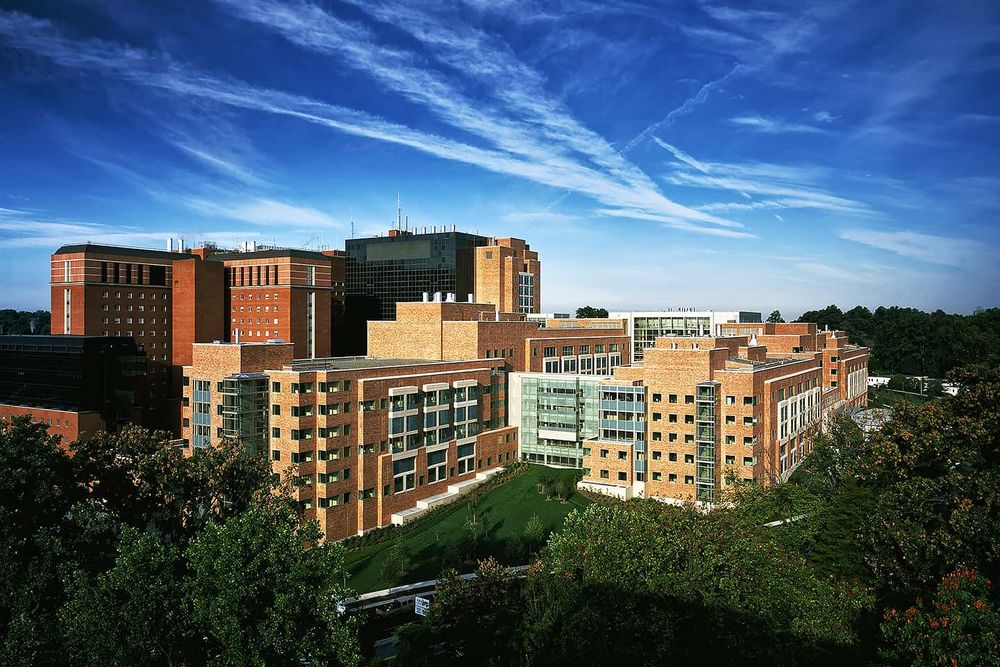 The NIH continues to withhold critical documents that could shed light on the origin of the coronavirus pandemic.

With the global death toll from Covid-19 approaching 6 million, the need to understand the origins of the pandemic is both pressing and grave. But the National Institutes of Health continues to withhold critical documents that could shed light on this question. This week, in response to ongoing litigation over public records related to coronavirus research funded by the federal agency, the NIH sent The Intercept 292 fully redacted pages rather than substantive material that could help us understand how the virus first came to infect humans.

At this point, no one can say for sure how SARS-CoV-2 set off the pandemic. It may have emerged naturally, jumping from a host animal to people, as many other deadly pathogens have. Or the coronavirus could have first spread to humans as the result of a research mishap — through bat capture and collection, risky experiments, or a host of other more mundane lab activities. U.S. intelligence agencies have assessed both theories as possible. But knowing exactly what led to the worst disease outbreak in recent history requires more information.

The “lab-leak” hypothesis is bolstered by a long history of accidents at facilities that study pathogens and the fact that one such laboratory that specializes in coronaviruses, the Wuhan Institute of Virology in China, is located in the very city where the pandemic first began. As many have noted, China has not been forthcoming with information that could help us understand the origins of the pandemic, blocking access to a cave that may hold important clues, taking a database of information about coronaviruses offline, and refusing requests for records from the World Health Organization.

But the U.S. government, which funded some of the coronavirus research at the Wuhan Institute of Virology through a New York-based research organization called EcoHealth Alliance, has also withheld information that could provide insight into the origins of the pandemic. The Intercept filed a Freedom of Information Act request in September 2020 for grants the NIH provided to the Wuhan Institute of Virology. At the time, only summaries of the research were publicly available. The NIH initially refused to provide the documents. It was only after The Intercept sued the federal agency that it agreed to provide thousands of pages of relevant materials.

Some of these releases have proven newsworthy. The grant proposals received in an initial batch of documents in September revealed that scientists working under the grant in Wuhan were engaged in what most knowledgeable experts we consulted described as gain-of-function experiments, in which scientists created mutant bat coronaviruses and used them to infect “humanized mice.” The mutant viruses proved more pathogenic and transmissible in the mice than the original viruses. Anthony Fauci, director of the National Institute of Allergy and Infectious Diseases, denied that the U.S. had funded gain-of-function work in Wuhan.

Communications received by The Intercept in December provided insight into the agency’s ongoing and largely unsuccessful efforts to obtain records pertaining to the biosafety of the work conducted at the Wuhan Institute of Virology. And another grant proposal from EcoHealth Alliance that we received from the NIH clarified the extent to which ongoing work now funded by the U.S. government is similar to the work under the now-suspended bat coronavirus grant that has raised so many biosafety red flags and questions. We also learned that in 2020 the FBI sought documents related to the U.S.-funded coronavirus research in Wuhan.

But the most recent batch of documents, which the NIH sent The Intercept on Tuesday, underscores an ongoing lack of transparency at the agency. Even as members of Congress and scientists call for additional information that could shed light on the origins of the pandemic, 292 of 314 pages — more than 90 percent of the current release — were completely redacted. Besides a big gray rectangle that obscures any meaningful text, the pages show only a date, page number, and the NIAID logo. The remaining pages also contain significant redactions.

Even when the redactions are technically justifiable under the Freedom of Information Act, public agencies typically have the discretion to release documents anyway. In this inquiry, which could help us understand the how this pandemic began — and how we might avoid future outbreaks — the presumption should be to give the public as much as information as possible, not the least.

The NIH still had more than 1,400 pages of relevant documents in its possession when it issued the almost entirely redacted release to The Intercept. Despite broad bipartisan agreement about the need to better understand whether research could have led to the deadliest disease outbreak in recent history, the agency appears to have no urgency to make this critical information public.

Because It Might Be 'Misinterpreted' to Show Vaccines Are Ineffective

CDC has published "only a tiny fraction of the data it has collected," NYT reports

The US and Scotland are now hiding their data on covid vaccination effectiveness from the public in the name of preventing "anti-vaxxers" from "misrepresenting" or "misinterpreting" it.

From New York Times, "The C.D.C. Isn't Publishing Large Portions of the Covid Data It Collects":

For more than a year, the Centers for Disease Control and Prevention has collected data on hospitalizations for Covid-19 in the United States and broken it down by age, race and vaccination status. But it has not made most of the information public.

When the C.D.C. published the first significant data on the effectiveness of boosters in adults younger than 65 two weeks ago, it left out the numbers for a huge portion of that population: 18- to 49-year-olds [...]

[...] Two full years into the pandemic, the agency leading the country's response to the public health emergency has published only a tiny fraction of the data it has collected, several people familiar with the data said.

[...] Without the booster data for 18- to 49-year-olds, the outside experts whom federal health agencies look to for advice had to rely on numbers from Israel to make their recommendations on the shots.

Kristen Nordlund, a spokeswoman for the C.D.C., said the agency has been slow to release the different streams of data "because basically, at the end of the day, it's not yet ready for prime time." She said the agency's "priority when gathering any data is to ensure that it's accurate and actionable."

Another reason is fear that the information might be misinterpreted, Ms. Nordlund said.

[...] Last year, the agency repeatedly came under fire for not tracking so-called breakthrough infections in vaccinated Americans, and focusing only on individuals who became ill enough to be hospitalized or die. The agency presented that information as risk comparisons with unvaccinated adults, rather than provide timely snapshots of hospitalized patients stratified by age, sex, race and vaccination status.

But the C.D.C. has been routinely collecting information since the Covid vaccines were first rolled out last year, according to a federal official familiar with the effort. The agency has been reluctant to make those figures public, the official said, because they might be misinterpreted as the vaccines being ineffective.

Ms. Nordlund confirmed that as one of the reasons.

The data is so good they have to hide it from the public.

From The Gasgow Times last week, "Covid data will not be published over concerns it's misrepresented by anti-vaxxers":

Public Health Scotland will stop publishing data on covid deaths and hospitalisations by vaccination status - over concerns it is misrepresented by anti-vaxx campaigners.

[...] PHS officials said significant concerns about the data being misused deliberately by anti-vaccination campaigners is behind the move.

[...] The data has been promoted on social media by the American right-wing opinion website, The Blaze, and anti-vaxxer American talking head Alex Berenson.

"Misrepresenting" in this context means quoting from it exactly.

"Rates of death remain lower in people who were not vaccinated than those who received two doses, as they have for months," Alex Berenson reported on Thursday, citing the final chart Scottish officials released.

In other words, almost 9 out of 10 of the people who die in Scotland are vaccinated, and the vast majority of those are boosted. And deaths remain stubbornly high, even though Omicron is far milder.

The Alberta government simply deleted the charts off their website with no explanation after Berenson showcased them.