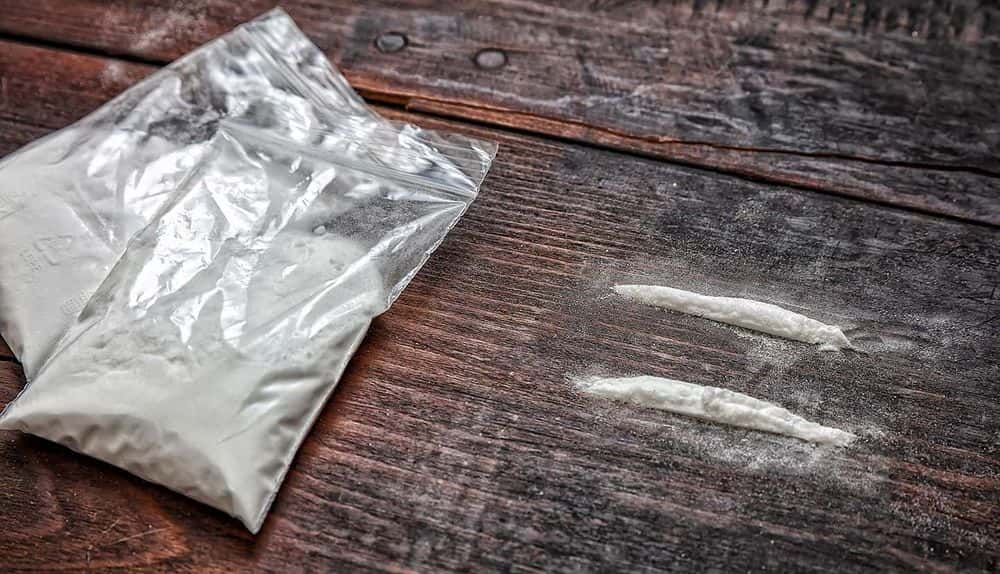 A paedophile has been sent to prison for 20 months for getting high on cocaine and having group sex with an Alsatian.

Trans woman Claire Goodier - who was previously known as John and convicted of child abuse images as a man in the past - admitted the offence in an earlier hearing.

Goodier, 60, was described as 'manipulative' and 'deceitful' by a probation officer at the Chester Crown Court sentencing today.

The pervert was listed under a male name but with a note added to be addressed in the hearing as Claire.

A Sexual Harm Prevention Order is under her new name, but it is not clear whether she will serve time in men's or women's prison.

Judge Steven Everett called the crime in taking part in the dog act with other adults as 'despicable' 'disgusting' and 'depraved' as he jailed the pervert for 20 months.

Goodier has twice been convicted of possessing indecent images of children, back in 2006 and 2009, with the judge admitting the defendant had been 'astonishingly lucky' to avoid previous spells behind bars after receiving suspended sentences.

Paulinus Barnes, prosecuting at Chester Crown Court on Wednesday, December 22, said the police had called to Goodier's home on July 19, 2019, to carry out a routine check due to being on the sex offenders register for life, reported the Northwich Guardian.

Officers took a laptop which contained evidence Goodier had searched the internet for bestiality content and when a full analysis of the equipment was finally completed some two years later, it emerged hidden folders contained 31 indecent images of a sex act with an Alsatian breed of dog.

Mr Barnes said: 'She admitted possession of the images.

'She said she had fantasised about it for a number of years and after talking about it with people in Northwich, was put in touch with others in Bournemouth.

'She travelled down there in December 2018 and took part in the sex act with other people and the Alsatian dog.'

On arrest on June 17 this year, police also found another pen drive in a handbag containing the same images and 3.5 grammes of cocaine.

When the sex act was committed between December 15 and 16, 2018, Goodier had also been in breach of a suspended sentence order, which had been imposed in May of that year for failing to adhere to the terms of a sexual harm prevention order.

Simon Mills, defending, said his client had always been 'frank and honest' with the probation service and although accepting the behaviour had been depraved and disgusting, called on the Judge to consider another suspended sentence.

He said: 'This incident took place some three years ago. 'The picture now is one of sporadic offending.

'This is not a case where the offending is getting more and more serious.

'She will do everything asked of her by the court and there are tentative signs of improvement in her attitude and approach.'

Goodier had also failed to comply with the terms of the sexual harm prevention order in November of last year, when she was 13 days late, blaming being in isolation due to Covid guidelines.

Judge Everett told Goodier he did agree with the probation service assessing her as being a low risk of re-offending as he sent her to prison.

He said: 'You are a long, long way from changing your life.

'You deceitfully took part in a cocaine-fuelled incident with other persons.

'Since the terrible offence took place you kept the images unashamedly for your own sexual gratification.

'In the middle of all this, you failed to comply with the terms of an order, which some might say is a minor breach, but it's not for the first time.

'Your record is appalling and it could be said you were astonishingly lucky not to go to prison previously.

'A message must go out that if you commit such disgusting behaviour then you must go to prison.'

We are dealing with one of those hysterical social phenomena we look back on and think, ‘What the #&@* were they thinking?’

It has been about a year now since I decided to take up my pen and write some things that I find deeply disturbing about the gender identity movement. I have some theoretical basis in the field, as my degree was in cultural and political theory. I have also lived a diverse life and raised daughters, so I wondered if I could help contribute to the debate.

The journey for me started with a story I wrote about being a survivor of child sexual abuse and having nursed my family through chronic disease. I sought to highlight that government has a duty to shield citizens from natural vulnerabilities, one of those vulnerabilities is based in sex. I have argued that the removal of the category of sex, based on the physical reality of humans, will leave the more vulnerable sex more subject to predictable violence and abuse.

This was my simple argument, and in these pages and others I have laid out my case for women to retain sovereignty over their words, their sex, their spaces, and controversially, their gender. Sometimes arguing for the obvious is hard, especially when the words we have used to anchor ourselves to reality are being redefined under our feet.

I have tried to explain the difference between sex and gender. I have explained the cultural and political philosophies that have been distorted by gender identity activists. I have defended Marx and Foucault with ‘you know they didn’t’ mean that’ kind of arguments. But today, I have decided we are not dealing with a rational political movement. We are dealing with one of those hysterical social phenomena we look back on and think, ‘What the #&@* were they thinking?’

Today I read the headline, TOTAL SICKO Woman jailed for having cocaine-fuelled sex with an Alsatian. I’m not playing anymore. A man rapes a dog in the UK, and the press don’t notice he is not a woman? Not only can women not have their own spaces anymore, they have to take crimes and social stigma for the worst of men? Sure, it’s not ‘all men’, but it is definitely that guy and he is all man.

By calling men ‘women’ we are allowing them to access our vulnerable spaces and changing the gender meanings that we give our daughters about what it means to be a woman. We are allowing the colonisation of sacred female rites of passage; periods, birthing, breastfeeding, menopause, motherhood, grand-motherhood, and all the gendered narratives we write to help women through these rites.

I want to acknowledge that it was the late Christian Kerr who first published my writing here. When I raised the issue of the silencing of feminists and the sexual coercion of lesbians, Christian said he considered it a vital issue to cover. My thoughts and prayers remain with Christian’s family in their grief. Men like Christian are standing with women as they develop arguments and political activism to fight again for what is ours – the cultural and legal rights over our sex.

In the last year, as well as the best of men, I have seen the worst. As I started to argue for the recognition for the unique vulnerability of women and girls, I began to receive a regular flow of vile abuse, death threats, rape threats, as well as pictures of rather unimpressive male anatomy. Abuse seems to be par for the course for women in this country on all political sides, but in this space, the abuse is actively excused by both women and men who make ‘TERFs’ a legitimate target for abuse. I hope to see an improvement in the political environment in 2022.

So, Happy New Year to all, and thank you for reading. I have had some beautiful messages from both male and female survivors of sexual abuse and from decent men who want to stand up for the rights of their beloved women. I have also received some polite and reasonable messages from men’s rights activists wanting me to balance my arguments out. I promise to do so as soon as women have their sex back.

Just a final note that men are not women and I intend to continue next year as I began.