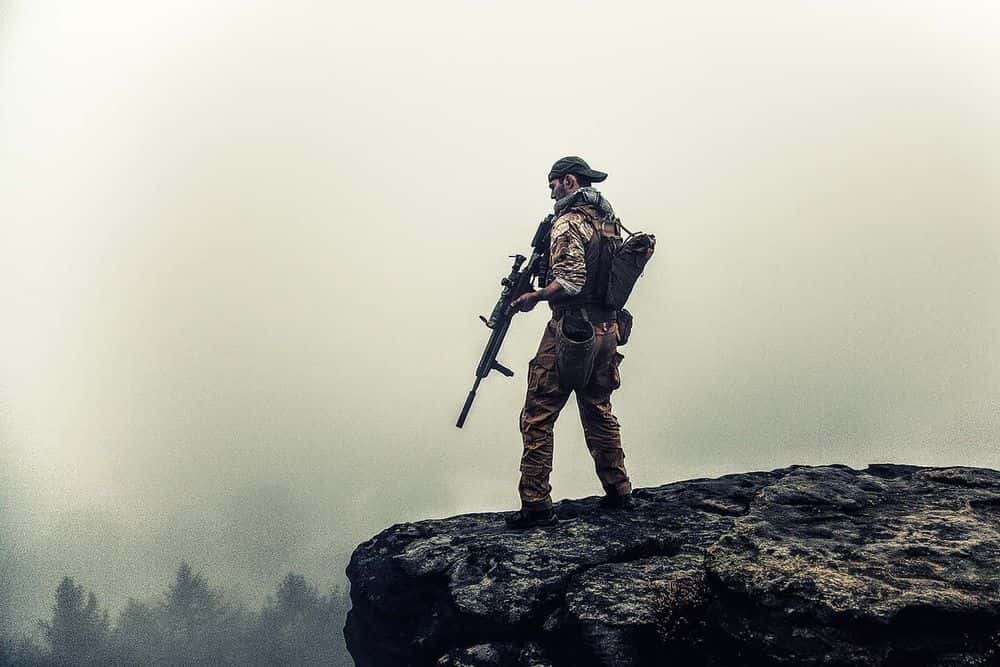 The U.S. Department of Defence is focusing on building bases in Guam and Australia in an effort to prepare for war against China, writes Dr Binoy Kampmark.

GET THE MARINES READY. Store the supplies. Marshal the allies. The United States is getting ready for war (the preferable term in Washington is “policing”) in the Indo-Pacific region, hoping to do so with a range of expanded bases across client states, or what it prefers to call “friends”.

On 29 November, the Pentagon announced that U.S. President Joe Biden had accepted the recommendations made by Secretary of Defense Lloyd J Austin III in the Global Posture Review commissioned in February. The news might have been delivered by Austin himself, but this solemn duty fell to Mara Karlin, discharging her duties as deputy undersecretary of defence for policy. As the GPR remains classified, we are left with a sketchy performance that should make many across the Indo-Pacific seek cover and a bunker.

For the most part, Karlin’s performance was gibberish, masked by lingo hostile to meaning. The review was intended to “inform” the approach of the Biden Administration in terms of national defence strategy, which did not mean that it would necessarily inform anybody else.

“That guidance asserts that the United States will lead with diplomacy first, revitalise our unmatched network of allies and partners and make smart and disciplined choices regarding our national defence and responsible use of our military.”

She continued in a non-revelatory fashion to mention how:

“...the Global Posture Review [assesses] DOD's overseas forces and footprint along with the framework and processes that govern our posture decision making.”

According to one official:

The only thing to conclude from this remarkable display of non-meaning was that the U.S. imperium was on the march and it was keen to ensure that its allies would be marching in step with it. At one point, Karlin let the cat out of the bag. A primary focus of the GPR is the Indo-Pacific, with China proving to be the continuing fixation. Cooperation between Washington, its allies and its partners to “advance initiatives” that aid regional stability and deter Chinese military aggression and threats from Pyongyang are matters of urgency.

This puts Australia, Guam and various Pacific Islands in the spotlight, with the U.S. keen to use them as staging grounds in any forthcoming conflict with Beijing while reducing their troop presence in other global theatres.  The press conference was not quite so blunt, but the implications were clear enough.

According to Karlin, the Pentagon will seek:

“...a range of infrastructure improvements in Guam, the Commonwealth of the Northern Mariana Islands and Australia.”

When asked by a journalist why Australia and Guam had been specifically mentioned in the address, Karlin showed some rare candour in admitting that “those were notable, which is why I cited those specifically” though the U.S. was broadly “engaged in consultations with our allies and partners across the Pacific”.

The remarks pertaining to Australia simply affirmed the observations made by Austin in September, the same month the trilateral AUKUS security partnership between Australia, the UK and the U.S. was announced. AUKUS, explained Austin at the time, would “help contribute” to the concept of “integrated deterrence in the region”, an unimaginative way of saying that the U.S. would lead a regional policing effort in the Indo-Pacific, with the assistance of Australia and like-minded partners.

Austin said, while Washington sought “a constructive, results-oriented relationship with the PRC, we will remain clear-eyed in our view of Beijing’s efforts to undermine the established international order”.

Such a clear-eyed disposition involved making good use of Australian territory, with Canberra agreeing to “major force posture initiatives that will expand our access and presence in Australia”.

“Access” is imperial speak for U.S. power. It sounds so much better than “military occupation”. Becca Wasser of the Center for a New American Security is well versed in that argot.

“If you want to change posture – whether that is expanding or consolidating bases, or deploying new capability – you need access. Access is something only allies and partners can provide and changes to access usually require a lengthy consultation process.”

Appearances must be kept.

A sense of how the GPR has been received can also be gathered from the security think-tankers, those delightful sorts who make it their tanking business to find enemies for budget reasons. A co-authored report by John Schaus of the hawkish Center for Strategic and International Studies in Washington and Michael Shoebridge of the Canberra-based U.S. appendage, the Australian Strategic Policy Institute, praises the Review as ‘an enormous opportunity to signal and demonstrate U.S. commitment to regional security in ways that will reassure partners and deter potential adversaries’.

There is an unabashed encouragement of greater U.S. garrisoning and military presence in Australia. Australia would commit to investing in and expanding naval facilities in Darwin and on the west coast. This, in turn, ‘could be matched with a greater U.S. naval presence at these facilities, for the purpose of joint activity through the Indian Ocean and up into Southeast Asia’.

The authors take issue with conservative U.S. troop numbers that had been present through Marine Corps rotations in Northern Australia during the Obama era. It was time to roll up the sleeves and co-opt Australian real estate and resources to advance Washington’s agenda.

‘Specifically, the United States should forward deploy Navy surface, subsurface and uncrewed vessels to Australia; expand the Air Force rotational presence to include larger numbers and more frequent presence of high-endurance intelligence, surveillance and reconnaissance platforms; and increase both Marine and Army presence to facilitate greater training and integration within the alliance.’

While the GPR remains under lock and key, we can be certain that many of the bellicose wishes of Schaus and Shoebridge are bound to be there. The warmonger’s script is getting increasingly long and relentless.

Dr Binoy Kampmark was a Cambridge Scholar and is an Independent Australia columnist and lecturer at RMIT University. You can follow Dr Kampmark on Twitter @BKampmark.