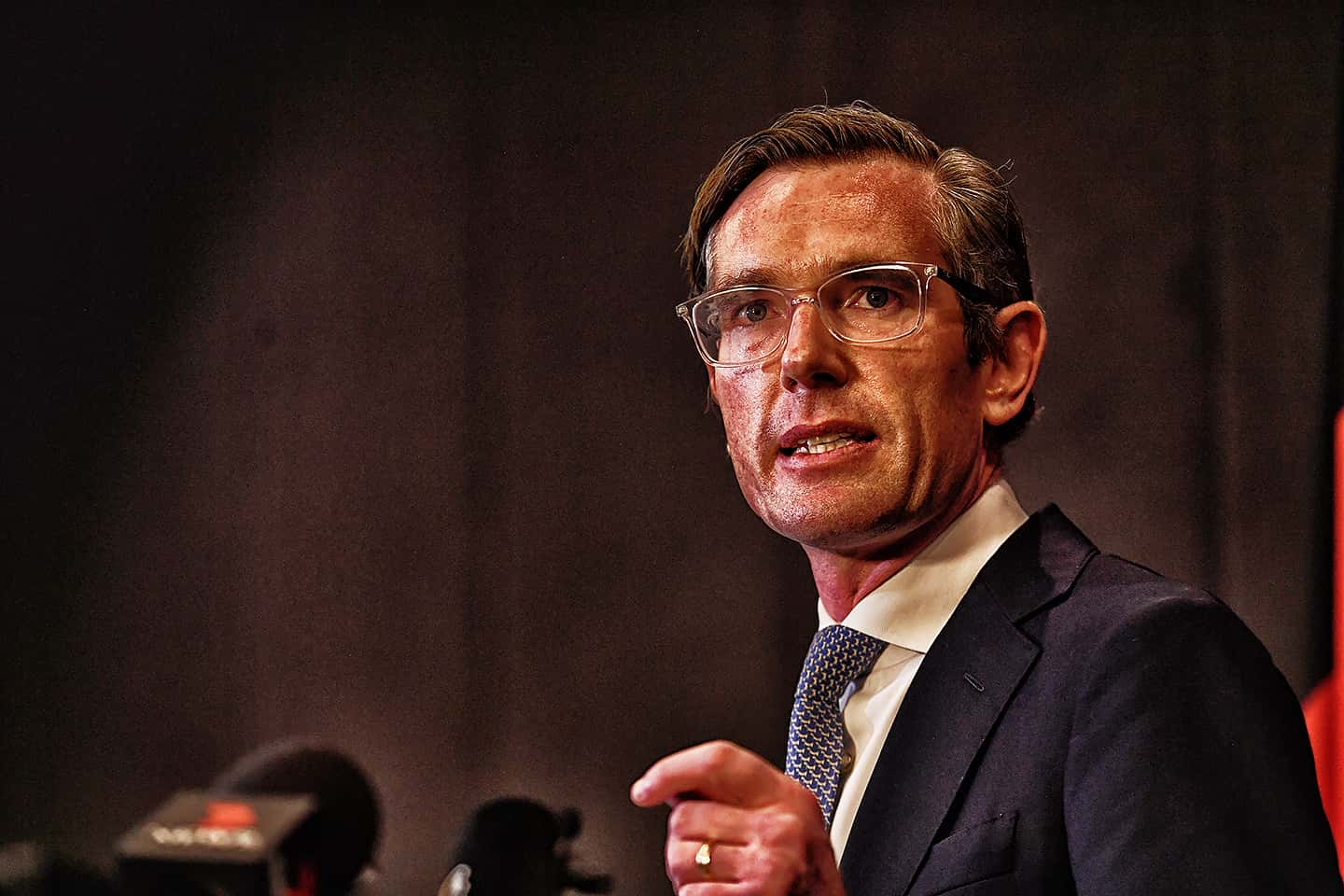 The NSW premier sees a new era of government in which the states lead and the Commonwealth either joins in or gets out of the way.

NSW Premier Dominic Perrottet has moved to make permanent the structural shift in power from Canberra to the states that has resulted from the pandemic and Scott Morrison’s leadership failures.

In the most important political speech this year, Perrottet told the National Press Club yesterday of his desire to cement the enhanced power of the states by reforming the states-only Council for the Australian Federation into a major national policymaking body that will exclude the Commonwealth and work to present a united front against Canberra on reform issues.

Perrottet wants to transform the existing premiers-only Council for the Australian Federation into the engine room of policy and reform in Australia “as a vehicle for proactive, state-driven leadership, and reform from the frontline”. It will be based on his experience with the states-only Board of Treasurers where he found: “I have more in common with my Labor counterparts at a state level than a Coalition treasurer at a federal level.”

And in Perrottet’s view, the Commonwealth is the enemy of good policymaking. He said the Commonwealth would benefit from his land tax reforms in NSW, while it would leave his state out of pocket, and the Commonwealth had shut down discussion of state-based income taxes at the Council of Australian Governments (COAG). But the Board of Treasurers had ensued that “rather than picking states off, the Commonwealth government on many issues is now confronted with a strong unified voice”.

He also flagged greater pressure on NSW senators to support reform, noting that on GST changes he “wrote to every NSW Liberal and National senator, and reminded them of their obligation to stand up for their state, not their political party”.

Perrottet’s vision of reformist states overriding a reluctant, obstructive Commonwealth is a natural evolution of the centrifugal reallocation of power from Canberra to the states that occurred as a result of the pandemic, which made states the dominant shapers of national policy in pandemic response. It also exposed the delivery incapacity of Morrison and his government, which ignored the issue of quarantine facilities and badly bungled both the sourcing and rollout of vaccines (which drew a quip at Morrison’s expense from Perrottet).

It’s also the natural consequence of the particular failures of Morrison as prime minister. Morrison has proved incapable of leadership, delivering no economic reforms of note and abandoning the field on climate and energy policy beyond trying to prop up fossil fuel companies. It has been state governments — led by NSW under Gladys Berejiklian, Perrottet and now-Treasurer Matt Kean — who have progressed climate and renewables policy in Australia, setting far more ambitious targets on emissions abatement and ramping up investment in renewables.

It was always possible that the Morrison-era loss of power from the Commonwealth to the states would be reversed after the pandemic finished, or Morrison was replaced with a prime minister prepared to lead. But it would only ever take one activist premier with the determination to prevent a return to the status quo ante to mean long-term change was a reality and Canberra would begin playing a supporting role to state capitals on reform.

Agreement among the states is famously like herding cats, and Perrottet is likely to find his Labor counterparts less receptive if Labor returns to power in Canberra. But the continuation of Morrison’s “don’t-do government” would set the scene for a historic shift unseen since the Hawke-Keating-Greiner COAG reform era of the early 1990s, and possibly the biggest change since World War II.

Note, too, that Perrottet bluntly rejected criticisms from Morrison and his followers of the NSW ICAC: “ICAC in NSW plays a very important role in preventing corruption and uncovering corruption. What we should be doing is instilling confidence, not taking it away.”

That’s as unsubtle a hint at Morrison as his line that the vaccine rollout “may not have started off as a race”.

It was already clear Perrottet was no big fan of Morrison. But now he seems intent on making him irrelevant.