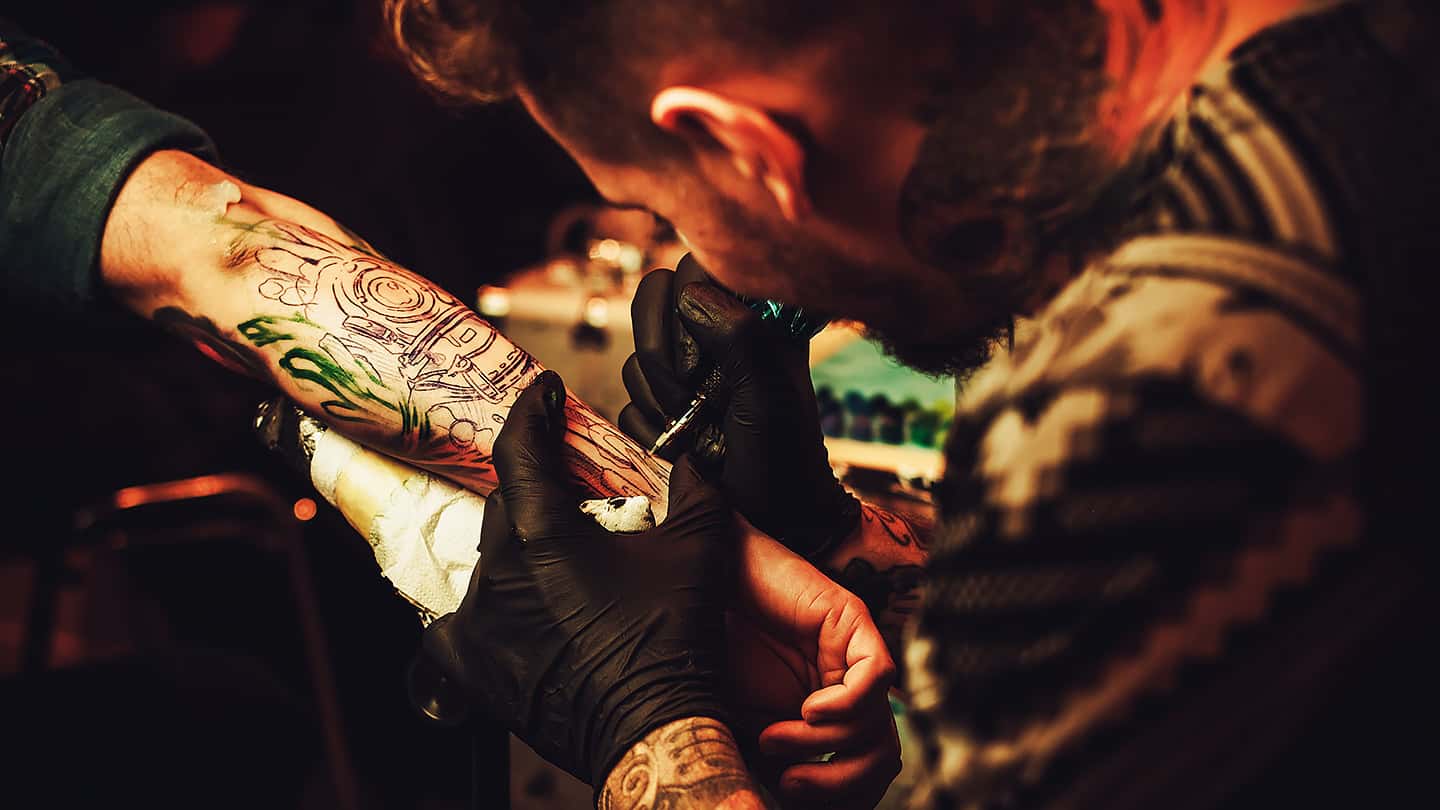 Tattooists around Australia are rallying to stop a Queensland government bill that could cripple the industry without fixing the problem it's targeting.

A Betoota Ponds personal trainer has admitted to The Advocate this afternoon that the only thing that previously stopped him from getting a sleeve tattoo was the seven fucks he had left to give.

However, upon reading New York Times Bestseller, The Subtle Art Of Not Giving A Fuck, Dennis Pooley cast those fucks to the wayside and booked an appointment at Betoota Ink.

“I had concerns, some fucks, that I’d live to regret getting the tattoo,” he told our reporter.

“Like how it’d look when I got older, when my skin looked like an old basketball that’d been stuck up on the garage roof for seven years. But then a mate said I should read ‘The Subtle Art Of Not Giving A Fuck’ and lo and behold, I had the sleeve done last week,”

“Mate, I shit you not. This book will change your life. Do you have any fucks keeping you from doing the things you want to do in life? If so, read this book and you’ll be living like a free man in no time at all. Peace brother, I’m out. but if you want to lose 10kg in just four weeks, give me a bell.”

As sunny as it seems on Mr Pooley’s side of the road, all is not well in the land of no fucks – according to one local tramp who said the book cost him everything he had.

Wallace Wilmott, who lives on a bench in Machattie Park dedicated to The Advocate’s editor Clancy Overell’s late grandfather, said that he was once a high-flying Red Rooster franchisee but after reading the book, he said his life began to unravel.

“My credit card bill came in the mail and I just laughed and said ‘fuck you’ and threw it out on the footpath,” he said.

“Then my identity got stolen and lost thousands. I just shrugged and said I’ve got no fucks left to give. I got behind on my mortgage of the family home, the one I grew up in, so I challenged the bank manager to a game of roshambo. He said ‘what?’ so I went first and booted him in the nuts like I was kicking it from 60,”

“I spent 30 days in prison for common assault and public nuisance. Went home, locks were changed and some squatters had moved in. I could see through the window, one of them shat in the room I was born in,”

“Long story short, don’t read this evil book. It will ruin your life. You need to give a fuck in life or else it goes to shit.”