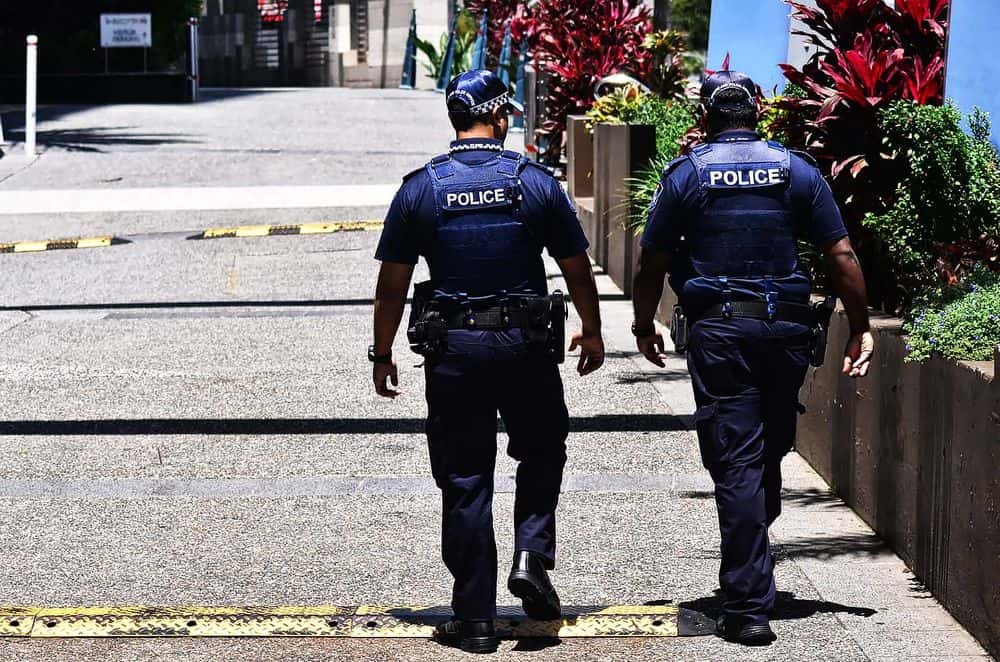 Police appear to be scanning social media platforms such as Facebook and Twitter and looking for users who they think may support protests.

Citizens have posted the chilling footage.

In footage that has to be seen to be believed, citizens in Australia are sharing with the world the moment police turn up at their door, warning them over their social media posts.

Police appear to be scanning social media platforms such as Facebook and Twitter and looking for users who they think may support protests.

“We’re here to have a chat to you because we have instructions that you’ve been posting some things on social media,” the plainclothes police officer said in a viral TikTok video.

“Why I’m here is to remind you to ensure that you need to stay at home in relation to COVID and stay at home orders.”

In another viral video, an officer asks a man on his doorstep, “Are you aware of any communication circling around between people about any protests coming up?”

The officer then asked the man, “Do you use any platform at all to communicate?”

The Australian police arrested hundreds of people following the anti-lockdown and anti-vaccine passport demonstrations across the country.

Over the past few weeks, the cities of Melbourne, Sydney, and the nation’s capital Canberra have controversially been under lockdown.

Residents have responded to the restrictive lockdown measures through protests.