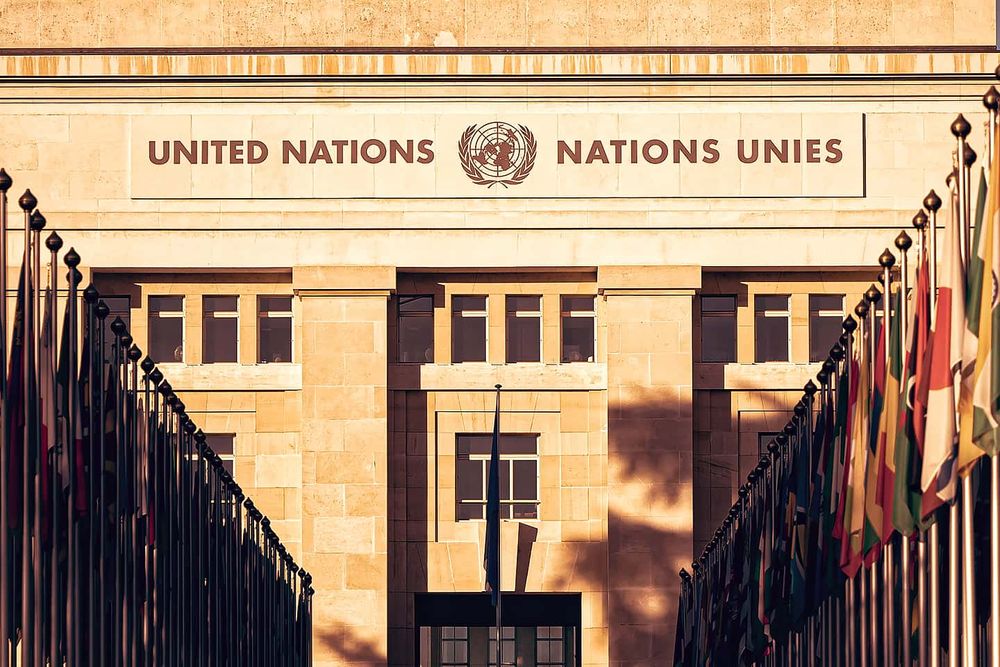 Vladimir Putin has given an address to the Russian nation that urged his country to be patient with the current pain.
He said he is working to restructure economic life to deal with the ongoing disaster in employment, goods access, productivity, technology, and inflation. It’s transitory, he explained, a result of the war sanctions, and all the fault of the West.

He has this totally under control, he says. Just trust the government.

Many people do. People in cities are skeptical but he remains widely popular in rural areas. Meanwhile the government works to silence dissent, punish those who protest, and control the media.

Biden’s White House daily urges this country to be patient with the current pain.

They are working on ways to address the ongoing mess with inflation, declining financials, goods shortages, supply-chain woes, mail that barely functions, and a medical system that is throttled, distorted, and wildly expensive. It’s all the fault of Putin for invading Ukraine, thus necessitating severe economic sanctions and driving up the cost of everything.

It’s the price we pay for freedom!
All we are supposed to do is trust the government. Biden has this totally under control. People are skeptical but he remains popular in some circles, mostly in large blue-state cities. People are suffering but it’s another country’s fault. Meanwhile, the government works to silence dissent, punish those who protest, and control the media. All this control is getting worse.

It’s getting creepy how government policies are increasingly copying each other.
It’s not unlike the final global equilibrium in Orwell’s 1984: three large states that are indistinguishable in despotic ambitions, constantly trading places to demonize the other and urge their citizens to do the same. There’s always a scapegoat.

After the end of the Second World War, we had a sense that governments of the world were competing over economic and social systems. Which had the most freedom? Which nations were rich vs. poor? What kinds of policies do nations have and which policies are best at promoting economic growth, human rights, and peace?

There was of course the Cold War, which pitted the “free world” against captive nations and an evil empire. What an innocent time that was! It lasted 40 years, which in retrospect seemed like mostly pretty good years for the West. We had a sense of what we were and what we were not. We had a model of what we never wanted to become, and that was a tyrannical communist state.

The changes from 1989 and forward fundamentally altered that perception. Communism went away and even the remaining communist empire of China itself opened up its economy to trade, ownership, and enterprise. That binary world was blown apart. Our lizard brains that look for easy stories were challenged by new forms of what not to be. Terrorism fit the bill for some years but it couldn’t last.

As we now look at the large world alliances — dominated by Russia, China, and the US and their respective allies — it is increasingly difficult to distinguish their policies in principle.
There is a push in the US/NATO for a China-style social credit system. Russia uses brutal tactics for suppressing dissent that it copied from China. China copies the US system of industrial subsidies and fiscal and monetary stimulus. The US copies China in its lockdown strategy for virus mitigation.

Each government aspires to the same: total political and social control, while allowing just enough freedom to keep the wealth machine running to provide the revenue. Each country has its political elites and its administrative apparatus.

What burned this copycat system in place were the lockdowns of 2020. They began in China, expanded to Italy, and were quickly copied by the US. That was a devastating moment because it told the world: this is good science! If the Bill of Rights and the Constitution in the US was not enough to stop this from happening, surely this virus could kill us all! Very quickly after that, most states adopted that very system.

They also copied the wild spending, the monetary expansion, the police state tactics, the vaccine mandates, the surveillance, the travel restrictions, and the demonisation of dissent. All governments in the world blew up in size and scope. They have stayed that way. Now we are left with the results of massive and ubiquitous authoritarianism plus rampant inflation and debt, along with slow economic growth and goods shortages.

All these nations too have kept media empires that reflect the prevailing line plus a small dissident press that is barely tolerated and often fighting for attention and even existence.

What states in the world resisted? There were only a few. Sweden. Tanzania. Nicaragua. Belarus. South Dakota. Later, the most open states in the world were in the US: Georgia, Florida, Texas, South Carolina, Wyoming. These are now the outliers in the world, actual places of freedom. Other quasi-rational places are Denmark, Norway, and The Netherlands.

So far as I know, ten years ago, there were zero predictions out there that these would be the new free lands in the whole planet Earth.

In Orwell’s book, there are three superstates that forever rule the world: Oceania, Eurasia and Eastasia. Is this our future? Maybe.
I actually doubt it. What we actually see happening is a global awakening for freedom. It’s happening. Slowly, but it’s out there. A major factor here is just how poorly the elites have performed. Their plans have failed and they have only generated poverty and chaos. The orthodoxy of control has generated too many anomalies to maintain public credibility.

Biden, Putin, and the CCP all face the same problem: they preside over systems that are underperforming and generating enormous unrest at all levels.
The leaders blame each other while the people in all countries are left to suffer. We are just at the beginning, but this strategy of deflection could end very badly for the arrogant political class that imagines no limit to their power.

The great hope that freedom lovers have is in the replacement of one set of political leaders with a different group. That is essential and will likely happen, but it is only the beginning of a solution. We’ve learned in the last two years that the real problem is much deeper.

The political leadership in these countries has become a veneer of a problem over which citizens have very little if any control: the administrative state that is unelected and deeply entrenched in its management of the well-funded bureaucratic state. This state mostly ignores the comings and goings of political leaders; in fact, it has disdain for them. It is this machinery that has taken full control in most countries of the world. Any political change worthy of focus needs to deal with this quickly and completely.

What’s more, this administrative state has figured out a fabulous trick for getting around the legal limits on state action: it has developed a close relationship with the biggest players in the private sector, which can justify any level of surveillance or censorship based on the technical truth that they are merely private actors and therefore not subject to the rules that restrict governments.

This new system is a dramatic challenge to the liberal cause, which is now surrounded by enemies on all sides.
The key battle of our times is not only about limiting the power of government, which has metastasised in every direction all over the world, but also its allies in industry and media. The liberal cause has very little experience in this area.
The solution likely rests with a dramatic change in public philosophy: the replacement of the lust for power with the love of liberty itself.

By Jeffrey A Tucker 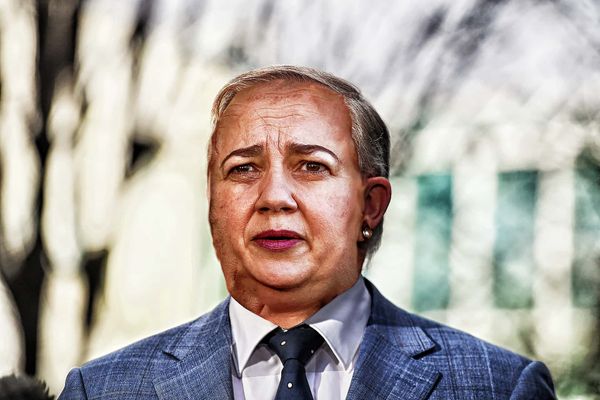 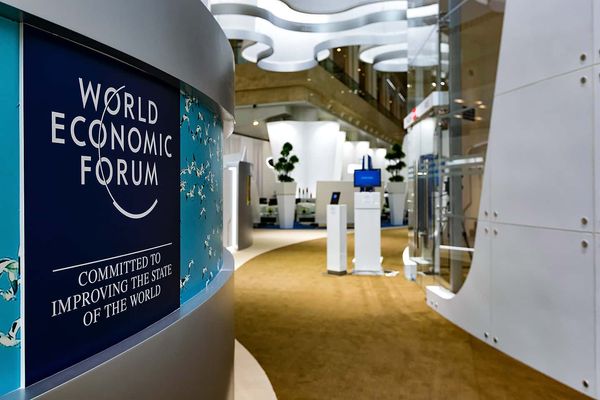 Munchausen’s by proxy: the UN & WEF made the world ‘sick’ for profit 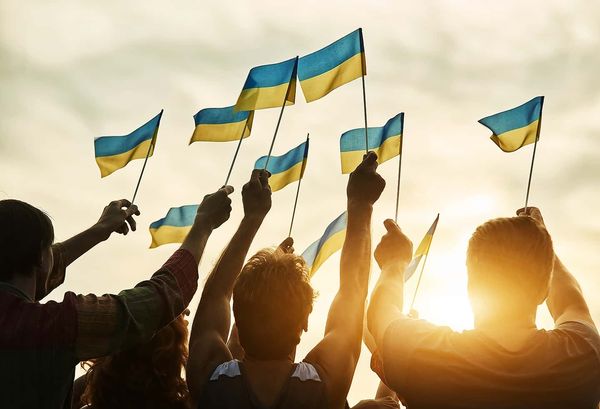