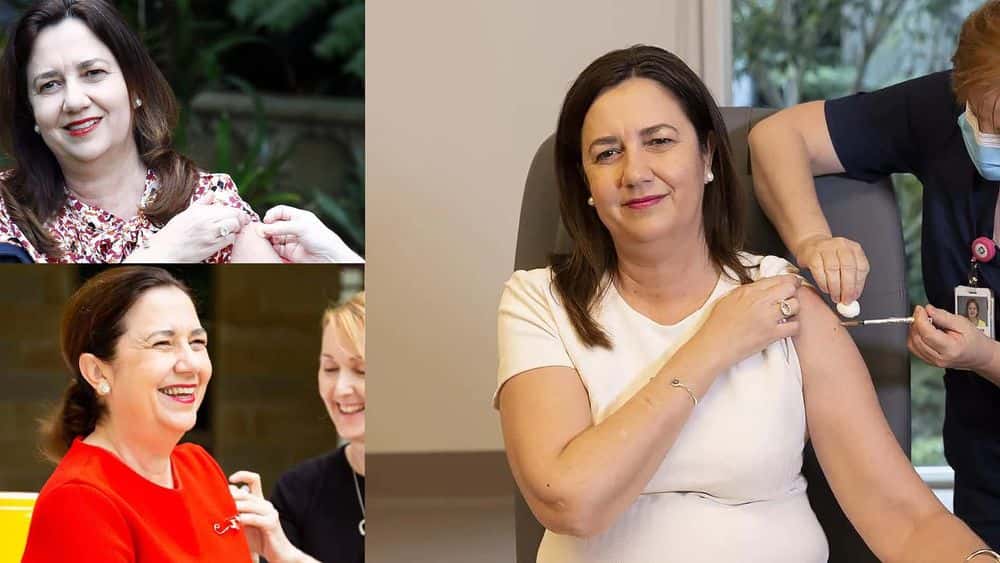 The Queensland government is denying vaccinated parents of a newborn the right to see their baby while, at the same time, preparing to send the Premier to the Tokyo Olympics.

How does that old tourism slogan go again? “Queensland! Beautiful for celebrities one day. Perfect for elites the next.”

Premier Annastacia Palaszczuk boasted on Twitter this morning: “Today I got the Pfizer vaccine in the event I need to travel to Tokyo for the Olympics”.

It must be great to be the Premier; to have the option of travelling on a whim.

Meanwhile, her subjects are prevented from travelling overseas to visit terminally ill loved ones.

Too dangerous, they are told.

Australians living interstate have been banned from entering her northern kingdom to attend family funerals.

Too risky, they were warned.

And at this very moment, a couple who flew into Queensland from overseas and went into mandatory quarantine – during which the wife gave birth – have been separated from their newborn until the quarantine period is completed. This despite the couple being fully vaccinated and testing negative for Coronavirus four times!

You can see your baby on Facetime, Queensland health officials have told them.

Why the Premier needs to be at the Olympics is unclear; unless she is competing in the backflip where she will surely bring home gold.

Oh, don’t worry. If she goes overseas, she’ll also get home; unlike other Australians stranded overseas.

And she will no doubt get a special exemption – open only to politicians and to movie stars like Tom Hanks – to quarantine someplace nice.

As the Prime Minister famously said: “How good is Queensland!”

Queensland is really good. If you’re an elite.

Need to travel for sports? No worries!

Want to see your baby or attend a funeral? Drop dead!

Surely this is not the time for a leader who has just taken a $27,606 pay rise – despite telling voters pre-election that she would freeze politician pay increases during the pandemic – to be jetting off overseas.

“There may be a requirement for the state to present to the whole Olympic committee about the Olympics,” she told journalists.

Well, do it via Zoom, Annastacia. Surely you’ve heard of Zoom. It’s the medium you and your heartless bureaucrats have forced some of us to use in order to farewell our loved ones as they exit this mortal coil.

What’s that? You may have to lobby for the right to spend billions of our dollars hosting people running in circles around a track so that you can parade on the world stage?

Well, why didn’t you say so? You can’t do that over Zoom!

And here’s another thing.

The Premier boasted that she had received the Pfizer vaccine.

How nice it must be to have the option.

Her minions of the same age are only able to receive the AstraZeneca jab which has, in some instances, been responsible for causing blood clotting.

Of course, the Premier had no choice but to take the safer vaccine. It requires less time between doses, and she’s in a rush to catch that international flight, remember?

As Annastacia and her colleagues continually remind us: “We’re all in this together”.