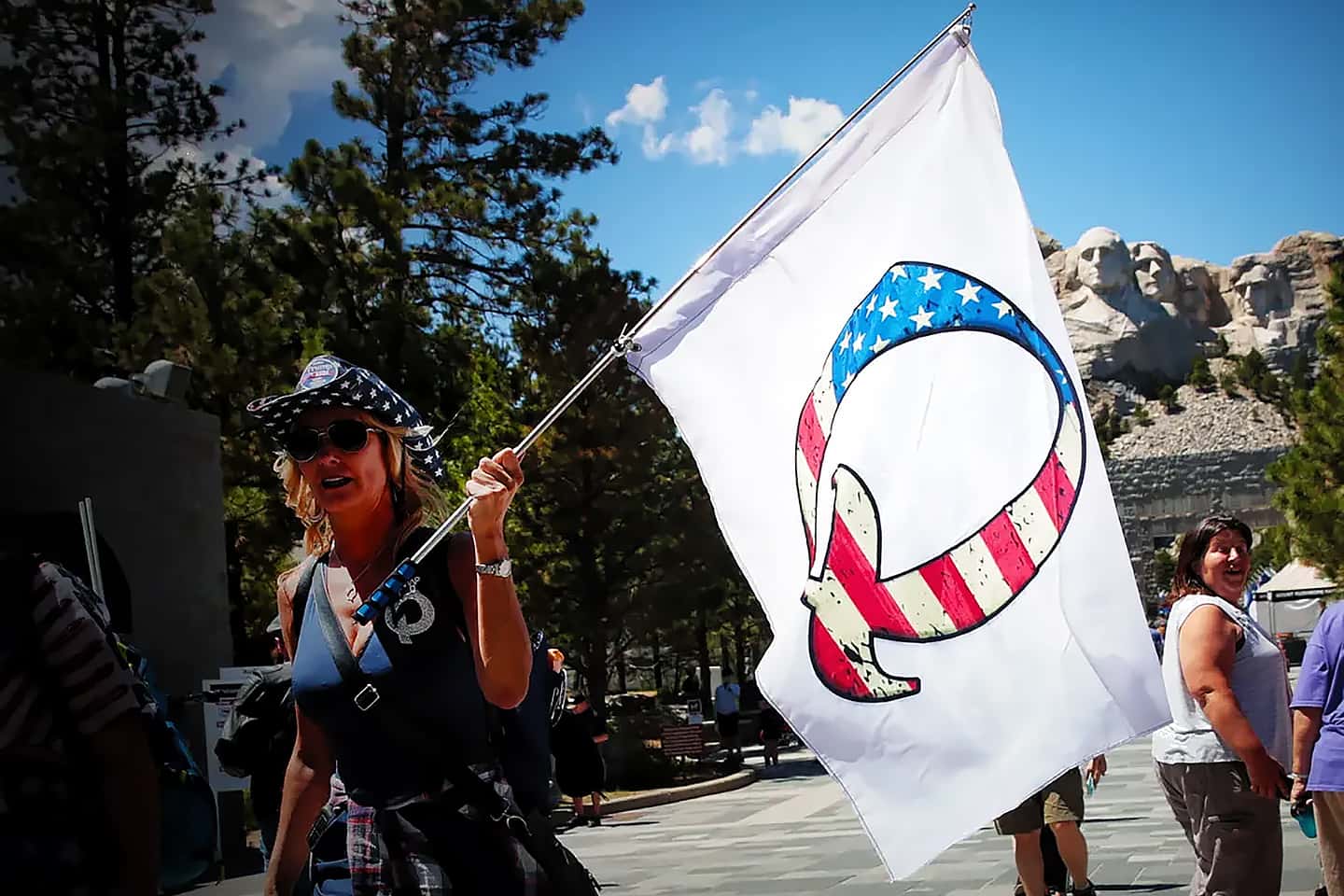 The new posts were left on an internet community page called 8kun on Friday, hours after the reversal of Roe

On Friday, amidst the chaos of the news of the Supreme Court's ruling to overturn Roe v. Wade, QAnon's 'Q' left the first new series of messages since 2020.

The first message — "Shall we play a game once more?" — was left using 'Q's credentials on what Daily Beast refers to as an "anarchic internet community" called 8kun, and was later followed up with "Are you ready to serve your country again?" and then a third reading "Remember your oath."

When a member of the board replied to one of the messages saying "Throw us a bone Q, we've all been waiting for what seemed like an eternity. What's going on?" Q replied "It had to be done this way."

QAnon first made its presence known in 2017 as a conspiracy theory driven pro-Trump antagonist shrouded in anonymity and although their allegiance to Trump is clear, the former president is carefully dodgy when it comes to reciprocation.

"Rally organizers make a valiant effort to dispel Q merchandise such as t-shirts, flags, and signs at the rallies," said a Trump spokesperson in a quote to Politico. Having said that, QAnon members Jeffrey Pedersen and his podcast co-host Shady Grooove were granted press credentials to a Trump rally in Florida the same month Trump's spokesperson provided the previously mentioned quote.

"We are the news now," Pedersen wrote on his Telegram channel, according to Vice.

In 2021, Ashli Babbitt, a big name within the QAnon community, was killed during the January 6 Capitol riots and Trump himself spoke on the event, offering what seemed to be condolences.

"The person that shot Ashli Babbitt ... there was no reason for that. And why isn't that person being opened up, and why isn't that being studied? They've already written it off. They said that case is closed. If that were the opposite, that case would be going on for years and years, and it would not be pretty," Trump said.

The basis of QAnon's belief system is that the Democratic world is run by Satan-worshipping pedophiles and that an event called "The Storm," will one day take place where their enemies will be executed via orders from a military tribunal. According to The Guardian, support of QAnon has increased since Trump left the White House.