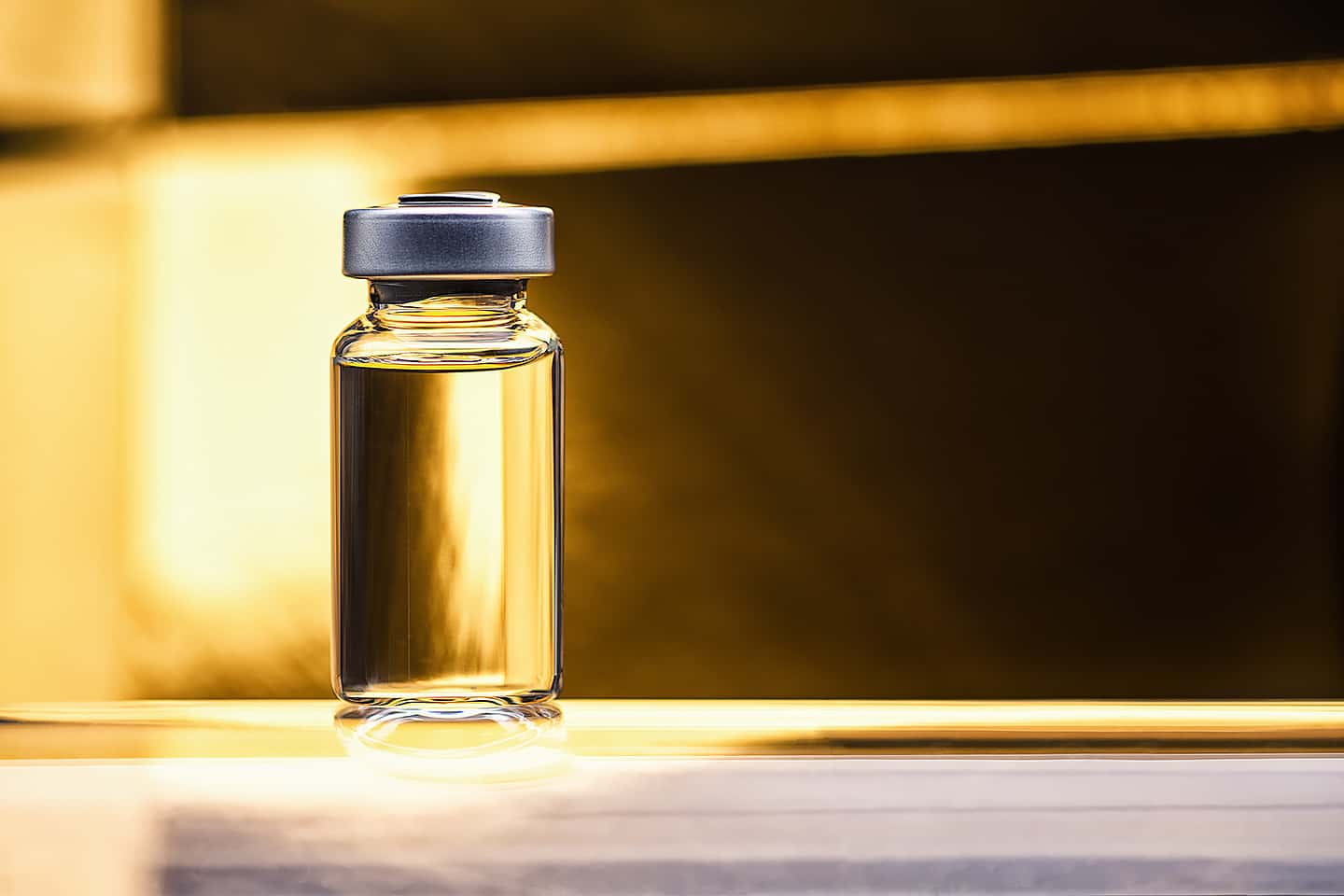 One of the world’s largest vaccine manufacturers will set up a major mRNA hub in Brisbane, as Australia hopes to lead the world with innovation and research into the technology.

The Queensland government — one of the “world’s largest vaccine innovators” — and two Australian universities, have announced they will collectively commit $280 million towards establishing the ‘Translational Science Hub’.

This ‘science hub’ will be a biomedical research centre focused on developing mRNA technology.

The partnership, which will involve scientists from the University of Queensland and Griffith University, is expected to create roughly 200 jobs within the research and clinical trials ecosystem, including researchers and healthcare professionals dedicated to improving mRNA technology.

Paris-based Sanofi will connect Australian scientists with researchers in France and the United States, who will together focus on developing a world-first mRNA vaccine for sexually transmissible infection (STI) chlamydia, as well as other mRNA vaccines.

“Queensland, Australia has some of the best researchers in the world, and the Translational Science Hub will give them the platform to develop life-saving medicines and vaccines,” Queensland Premier Annastacia Palaszczuk said.

“The Hub will bring more expertise, supply-chain capabilities, as well as clinical investigations to Queensland. We’re proud one of the world’s largest healthcare companies has chosen Queensland to help reshape 21st-century medicine.”

Sanofi operates 20 research and development sites around the world exploring new medicines and vaccines. The company, which has a team across roughly 100 countries, is also developing therapeutic mRNA technology to address challenges in cancer, immune-mediated diseases, and rare diseases.

In Australia, Sanofi is a major supplier of 17 vaccines with seven on the National Immunisation Program (NIP). The company has 50-plus medicines on the Pharmaceutical Benefits Scheme (PBS) and six rare disease therapies on the Life Saving Drugs Program.

Last month, its protein-based adjuvanted COVID-19 booster vaccine – developed alongside GSK and BARDA – was approved for use in Europe.

“The Translational Science Hub shows we are proud to invest in Australia and work as partners to harness cutting-edge science to forge a new era in medical innovation,” Hood said.

“By linking our global expertise with the knowledge bank here in Australia, we will help nurture a science ecosystem that is expected to create research and industry jobs in Queensland.”

Australia is being praised as a world-leader in mRNA research and innovation.

During the pandemic period, medical researchers began lobbying the Morrison government to establish a home-grown facility to reduce the country’s reliance on offshore producers for vaccines.

In March 2022, Victoria became the first place in the southern hemisphere to ink an mRNA vaccine deal, thanks to an agreement between Moderna, the Victorian government and the Commonwealth.

Australia is indeed investing heavily in this ‘software’.

Perhaps this is the reason for the new facility in Brisbane?

Either way, mRNA vaccines are far from a pastime in Australia, with a range of ‘innovative’ vaccines set to soon be released on our shores and new human clinical trials announced.

Clinical trials for several COVID-19 vaccine candidates, including for CSL and Novavax, were actually conducted right here in Australia. The government claims our country is a “go-to destination” for trials.

It seems the term ‘natural immunity’ has been erased from the human vernacular at this point, with needles across every corner for every ailment, cold, pimple or sore.

All hail the vaccine gods!

Meanwhile, perhaps there is a deeper agenda at play here. One in relation to the QLD Premier and her father’s genetic data storage company.

Nothing to see here, folks.

It has been revealed that Annastacia Palaszczuk's father is the head of a gene-data storage and sequencing organisation, shining further light on ulterior motives for COVID-19 testing.

In Aldous Huxley’s Brave New World, pharmaceutical research and technological advancement are merged as a sophisticated, all-encompassing giant, powering the system of control.

Today, we are witnessing an emerging and indefinite era of virus hysteria, which is allowing for existing medical innovations to subsequently be used as a tool of control.

The resemblance to the fictional system become more of a reality with each passing day, and many companies across the world are involved in bringing this vision to fruition.

At the center of this push is a market worth trillions of dollars — Gene Data Storage & Sequencing.

One of these companies should be of considerable notice — Gene Technology Alliance Foundation (GTA). The chairman is actually the father of Queensland Premier, Annastacia Palaszczuk.

Henry Palaszczuk is typically known as a former member of the Legislative Assembly of Queensland, and Minister of the Beattie Government of Queensland.

However, little did many know that after politics, he went on to start a gene data company! See the following screenshots taken from online activity below:

Founded in Singapore in June 2019, the GTA Foundation is a ‘non-profit organization’ (which really means lots of profit), specialising in genome sequencing technology. How convenient.

Activities conducted by the GTA Foundation have been described by reports as “leading the largest genetic scientific revolution in human history“.

Their technology can detect 3 billion base-pairs covering all genes of the human body, and users will get a detailed test results.

Let’s take a look at some quotes from their mission statement:

“Look into the future, the massive storage of genetic data and its wide application in the field of wellness are extremely important.

In particular, the combination of genomics and emerging IT technologies such as artificial intelligence, cloud computing, big data and block-chain can create huge power.“

Certainly seems like this group understands the importance of genetic data, storage.. and control.

The Queensland Premier is the daughter of the Director of this organisation.

This bombshell revelation adds further weight to the notion that PCR coronavirus tests are just a mass DNA harvesting in disguise.

Annastacia Palaszczuk has been at the helm of Queensland’s response to COVID-19, including the recent mandating of face masks and urging of testing since the pandemic beginning.

The significant linkage here is the fact COVID-19 tests have been marred in controversy, including suggestions th program may actually be the largest covert genomic harvesting operation in history.

Firstly, let’s explore how COVID DNA collection could be possible.

In order for any of the COVID-19 tests to be conducted, they need to collect genetic samples from everyone. This is part of the overall testing processes in most countries.

There are four different techniques employed with COVID-19 testing, with each requiring the collection of your genetic material, usually through taking a sample from an upper respiratory tract.

In this process, a collection swab is pushed deep into the nose, throat or nasopharynx (the space that connects the two) — collecting your cells in the process.

This data is used to provide results, however, the virus has never been isolated — so what are they ‘testing’ for? The answer: Nothing. They are actually collecting information in order to re-engineer it.

While the medical rogues of Scientism report a fictional ‘positive’ or ‘negative’ claim back, your data is actually being passed on for ‘research purposes’, to programs such as:

The COVID-19 Host Genetics Initiative, including 127 studies in an international collaboration to investigate the ‘genomes of those infected by coronavirus’.

The ‘coincidence’ that the Queensland Premier’s father is at the helm of a similar company should not be taken lightly.  We know that the tests are being used by to collect and store DNA.

Could Annastacia’s father be in on this program?

Although there is no conclusive proof detailing any direct sales or data transfers, the motivation is certainly there to partake in this dominant industry — medical technology, driven by IoT.

For, as we all know, pharmacological control is an essential emerging part of the Brave New World.
INTERNET OF BODIES: THE MERGER

The rise of collecting data from the human body is advancing in fields of medicine.

A new field called the Internet of Bodies (IoB) — a child branch of the IoT world — is already transforming health care, whilst jeopardising our most intimate personal information.

The ‘Internet of Bodies’ is a major part of the IoT revolution that connects the human body to a network through devices that are ingested, implanted or connected to the body in some way.

IoB devices monitor the human body, collect health metrics and other personal information and transmits that data over the internet. This gives controllers a full picture to monitor.

How does this relate to COVID tests? Well, it doesn’t directly. However, when we return to the premise that the information is being stored and re-engineered, we now turn to the COVID vaccines.

We turn to the very real premise of devices being transferred back through the vaccination, such as embedded microneedle tattoos, which have undergone successful trials at major universities.

Many suspect with a universal database of human genetic information, taken voluntarily under the guise of a virus test, a blueprint can be drawn to enter the final phase of Operation Epsilon.

The ‘undesirables’ can finally be identified and the vaccines can be targeted to certain regions and countries. Infertility, alteration of DNA, increases in chronic diseases and more.

If this isn’t the case, then what could logically explain all of this?

PCR tests are admittedly useless for detecting a new ‘virus’, yet are very useful for corrupt corporate technocrats who are currently trying to take away human and civil rights.

This includes unlawfully mandating the possible causation of harm by trying to force us to wear masks, which have not in any way been proven to protect from viruses.

This is where red flags arise surrounding Annastacia Palaszczuk and all other characters involved in this ongoing psychological operation. Morrison, Andrews and the rest.

If you have undergone a COVID-19 test, or know someone who has, ask the following questions: Do you know where the test results, with your unique genetic information, is being stored? Do you know who has access to them? Do you know if any third parties have access — or even backdoor access?

Apparently, these forces are much closer to home than most would think.

What are your thoughts? Do you suspect foul play?