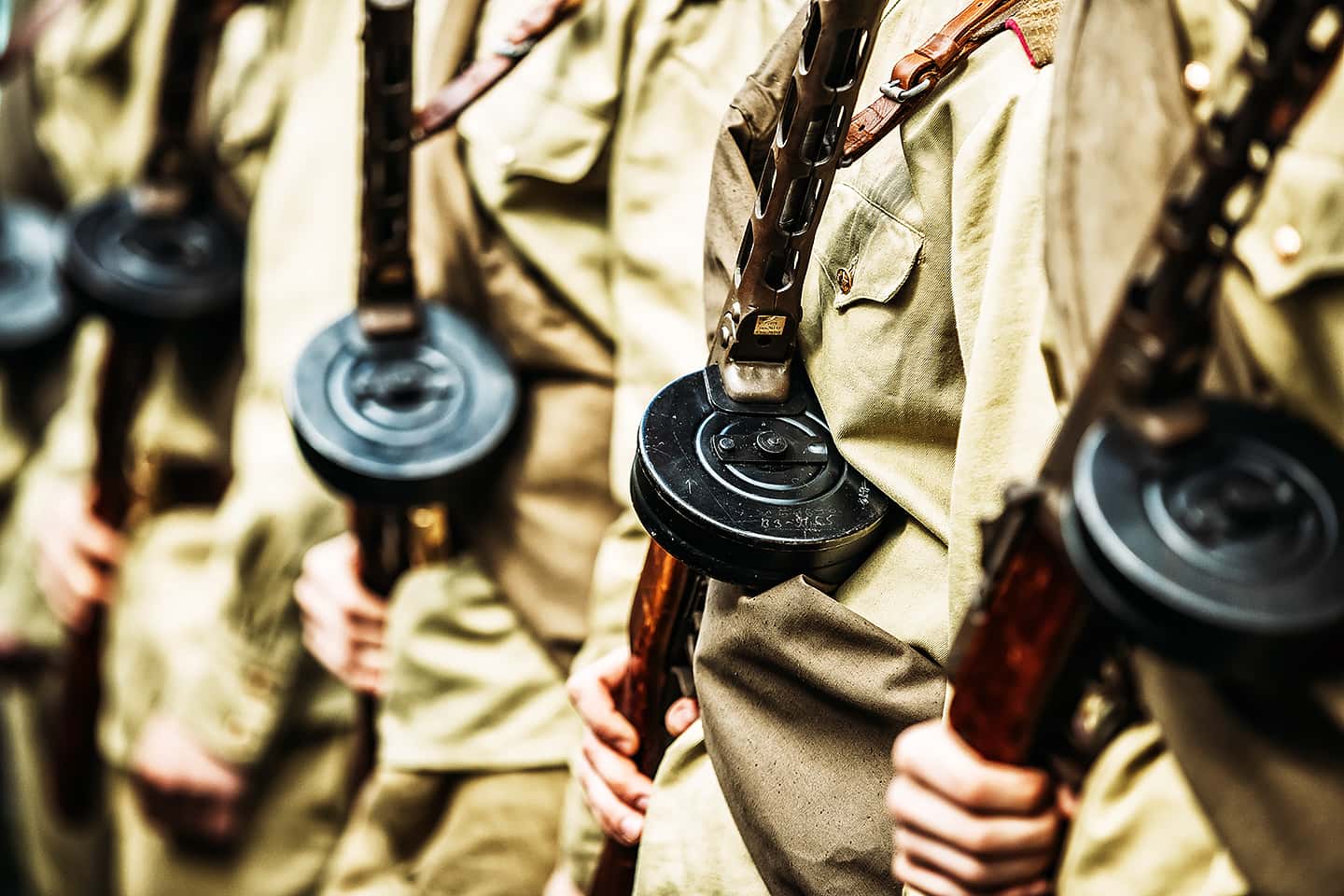 This isn't Call of Duty.

“It’s an unfair fight!” Redditor retells the terrifying reality of joining a “Reddit Legion” that vows to fight on behalf of Ukrainians moments before dying.

Hundreds of members of the “Volunteers For Ukraine” subreddit who joined the “Reddit Legion” to defend the former Soviet republic after President Zelenskyy extended an open invitation were shelled and shot after the Kremlin warned they would be treated as mercenaries and war criminals.

An unidentified Ukraine volunteer and self-proclaimed “legionnaire” posts his account of joining the war in Ukraine along with images, only seconds before being apprehended and killed by Russian armed forces.

The “Volunteers for Ukraine” subreddit is brimming with accounts of people who have made the decision to travel to Ukraine, procure weapons, and engage in combat with Russian forces. Unfortunately, the vast majority of those who have publicly stated their intention to kill Russian soldiers have been assassinated, particularly after disclosing vital information about the location of these “legion” camps.

These legions are primarily comprised of individuals from the United States, Canada, the United Kingdom, and even Australia, who have no prior combat experience or firearms training.

“We were promised weapons,” an emotional distraught American redditor said in a video, “but they are sending is into Kiev with nothing.”

As it turns out, these so-called “legionaries” are merely human shields for Ukrainian paramilitaries such as the Azov Battalion.

“We were apart of the Georgian National Legion of the Hundred and Second Division of the Ukrainian Territorial Defense,” one volunteer said in a video.

Volunteers being treated as human shields.

“Our base got f***ed up, the base next to us got f***ed up — Americans and tonnes of British dead. They’re not saying anything, they are counting our dead as their dead. They are trying to send us to Kiev with no f***ing weapons, no kits, no [armor] plates, and the people who are lucky enough to get weapons are only given one magazine with ten rounds.”

He revealed that there were also Canadians and Australians among the volunteers and when they refused to go Kiev that the Ukrainian Forces threatened to shoot them in the back if they deserted the operation.

“Me, this British guy and another American hid in the back of an ambulance to get out. We got to the border and there was a whole other mess.”

He continued: “They were cutting up passports and sending [volunteers] back [to Kiev].”

According to the volunteer, they were aided by a humanitarian organisation that disguised them as Red Cross workers and escorted them out of the country.

“People need to stop coming here. It’s a trap and they’re not letting you leave,” he warned.

Before they are sent into battle, some volunteers are sent to military recruitment and training camps. However, the majority of these camps have been identified and shelled as a result of information shared by Ukrainian officials and foreign volunteers via social media and Reddit posts.

Australians, Canadians, Americans among the dead.

Another legion volunteer created a thread on r/VolunteerForUkraine subreddit where he shared pictured of his camp to prove that he was actually fighting Russians in Ukraine. Sadly, his camp was also targeted and bombed by Russian Forces.

“I was blown off the top bunk of my bed when the missile hit the cabin next to me,” the user wrote, adding “the base is destroyed, the weapons depot destroyed, possible the end of the legion.”

He continued: “It’s clear that going to Kviv with the legion is a death sentence. A medic died the day after he got to the front. Another [volunteer tries shooting an AK at an APC and was killed immediately. A ten men [volunteer] team was nearly wiped out — 8 dead, 2 crawled away. Your body will not be retrieved from the frontlines either.”

“Sixty people with their heads on straight, including me, left after the attack. They are sending untrained [foreign volunteers] to the front with little ammo and sh*t AKs and they’re getting killed.”

The user claimed that the Ukrainian Forces, as well as the paramilitaries and other legions, are in shambles and warned people that “stay home” because the situation was “absolute insanity.”

There has been a lot of false information spreading about the conflict that has many to believe that that the Ukrainians are winning the fight.

Staged photos of Ukrainian models and beauty queens picking up arms for their country has fooled many men with no combat experience into thinking that they too could fight in a real war.

Lt. Colonel Adam Kinzinger, a pilot for the Air National Guard, called the Russian Military a “paper tiger” which is a Chinese term that refers to something or someone that claims or appears to be powerful or threatening, but is actually ineffectual and unable to withstand challenge.

There have also been false, but inspiration, stories of Ukrainian vigilantes defeating Russian Forces. One such story is the “Ghost of Kiev” which was actually reported to be factual by the mainstream media. The “Ghost of Kiev” was alleged to be an anonymous Ukrainian fighter pilot who single-handedly took down 10 Russian warplanes.

The myth, or rather the propaganda, of the “Ghost of Kiev” also inspired another purely fictional story about yet another Ukrainian vigilante known as the “Reaper of Kiev” who killed over 100 Russian solders in one day, by himself.

All these stories and the false and misleading information that Ukrainian forces are somehow winning the battle have instilled a false sense of security in foreign volunteers.

Many are pointing the fingers at Ukrainian President Volodymyr Zelenskyy for not only arming his own citizens, even boys as young as 12-years-old, but asking citizens of other countries to join a war that has absolutely nothing to do with them.

“This should be condemned by every nation on Earth. Zelenskyy should be fully aware that non-citizens who are armed and fighting in a foreign conflict are considered mercenaries and therefore do not receive the protections of the Geneva Convention,” one critic stated.

Mercenaries are not entitled to the status of combatant, prisoner of war (API Article 47), or any of the categories of protected persons provided for by the Geneva Conventions.

The Kremlin warned that any mercenaries fighting Russians in Ukraine would be treated as terrorists and killed without mercy.

According to Zelenskyy there are currently 16,000 foreign volunteers, including retired veterans, currently fighting on behalf of foreign legions in Ukraine today.

A Russian bombing run destroyed a Ukrainian military base that was housing foreign fighters on Sunday. The International Peacekeeping and Security Center, located near the town of Novoyavorivsk, is just 12 miles from the Polish border and was thought to be housing hundreds of foreign fighters. A Reddit user who joined the legion through the “volunteersForUkraine” subreddit said the base was rendered useless by the bombing run.

According to Ukrainian officials, at least 35 people were killed in the strike while 134 others were injured. The Russian government meanwhile claims to have killed close to 200 foreign fighters in a statement of their own. “The destruction of foreign mercenaries who arrived on the territory of Ukraine will continue,” a representative of the Russian Defense Ministry said in an online statement.

The Ukrainian government has denied reports that foreign fighters were killed in the attack. “There are no casualties among foreign fighters. These are fakes propagated by the Russian government,” regional Governor Maksym Kozytskyy said in a press conference. Kozytskyy later claimed that 22 of 30 rockets fired at the base were intercepted by Ukrainian missile defense systems.

Fighters on the ground have said that foreigners were among those killed in the attack, however. Two German volunteer fighters said many of their fellow foreign legionnaires were killed in the strike. The volunteers, along with the vast majority of remaining foreign fighters, fled Ukraine across the Polish border following the attack. “It was really hard, truly hard,” Peter Füchse, one of the German volunteers, told The Nation. On Tuesday morning, the Daily Mirror reported that three former members of the British special forces were among the dead.

The Reddit user “spindokto”, who claims to have gone to Ukraine after browsing the “VolunteersForUkraine” subreddit, gave a detailed description of the bombing run. The Reddit user claims that 35 Ukrainian troops were killed when a missile struck a building they were in. He later said that the Russian government’s 180 figure was inaccurate, but also said that foreign fighters were among the dead.

The Redditor then said that the situation was hopeless without air power and that the majority of legionaries were leaving the country. “If you think I’m a Russian agent you’re just in denial that the situation is absolutely fu****,” the Redditor said. “Go ahead and join the legion, by all means, but be very aware of how bad Kyiv is going to get and be aware that Russians have warplanes and you will have next to nothing.”

He went on to say that the bulk of remaining fighters were taking their last chance to flee across the polish border, corroborating other reports. The Redditor said that former special forces members among the legion were saying the same thing and leaving the country themselves. “Be very acceptant of the possibility of death. Those of us who left, including SF operators from multiple countries, are simply risk mitigating,” the Reddit user continued. He went on to say that those who stayed were bombed again on Monday and that casualty reports are unclear.

The U.S. State Department has told Americans not to travel to the country in order to fight on behalf of the Ukranian Government.