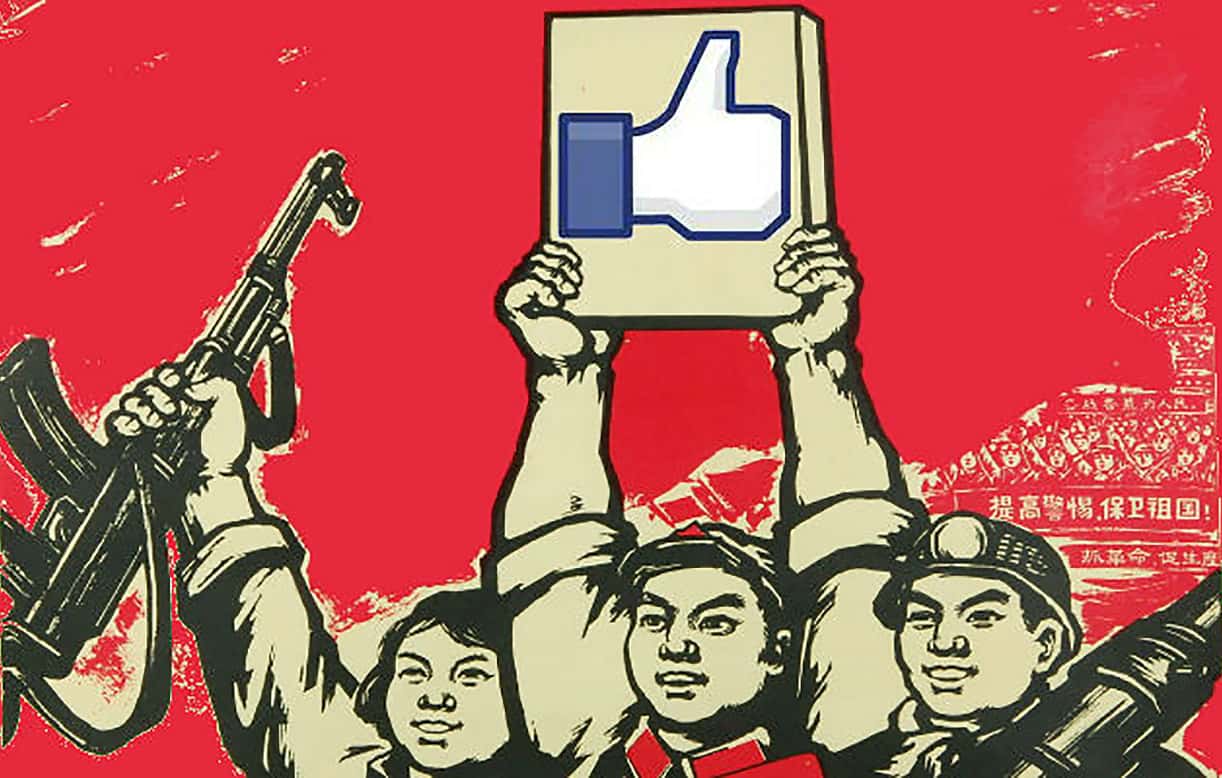 Facebook’s ‘Journalism Project’ has funneled millions of dollars into partnerships with the International Center for Journalists – the leading sponsor of a Beijing-based, self-declared “Marxist” journalism school training individuals to work for the Chinese Communist Party’s state-run media outlets.

The Facebook Journalism Project – which has also pumped hundreds of millions of dollars into news outlets and fact-checking operations – is partnered with the International Center for Journalists (ICFJ) on a variety of initiatives.

The two entities have funded outlets based in Africa, Latin America, and the Middle East to increase and shape the coverage of COVID-19, alongside training journalists on how to “fact check”, which Facebook describes as “effectively and safely combatting rampant misinformation on social media.”

Overwhelmingly, the platform’s “fact checks” are used to silence stories critical of Democrats and the Chinese Communist Party.

Collaborators on the venture include Merrill Lynch, Bloomberg, Deloitte, and the Knight Foundation, which funds many of the fact-checking tools used by platforms such as Facebook.

An introductory letter to Tsinghua’s Global Business Journalism School outlines its express purpose: to accomplish the “tasks for news media” outlined by the Central Committee of the Chinese government.

In order to “cultivate talented professionals” who can “achieve these goals,” the Dean of the the Chinese Communist-Party-controlled school seeks to apply Marxism – dubbed the “correct political orientation” – to journalism:

“We should be committed to a firm and correct political orientation. Our School has been actively exploring the theory and practices of Marxist Journalism, namely, to applying the Marxist theory in observing the world, selecting and handling news production.”

Central to the Beijing-based school’s mission is training journalists who “take a lead in public opinion” as opposed to placing emphasis on factual, objective reporting.

As a result, alumni of the program frequently go on to work for outlets including China Central Television, Xinhua News Agency, China Daily and the People’s Daily. These outlets comprise the major players in the Chinese state-run media landscape which have been identified as a “long-standing weapon in Beijing’s arsenal of repression” whose “mission is to attack designated enemies of the Communist Party.”

The ICFJ has also highlighted its facilitation of collaboration between the journalism school and the East-West Institute, a decades-long partner and recipient of funding from the China-United States Exchange Foundation (CUSEF). CUSEF was founded by the Vice-Chairman of the “highest-ranking entity overseeing” China’s United Front, which the U.S.-China Security and Economic Review Commission identifies as seeking to “to co-opt and neutralize sources of potential opposition to the policies and authority of its ruling Chinese Communist Party” and “influence overseas Chinese communities, foreign governments, and other actors to take actions or adopt positions supportive of Beijing.”

Aided by Western lobbying firms, CUSEF has set out to “effectively disseminate positive messages to the media, key influencers and opinion leaders, and the general public” regarding China, according to Foreign Agent Registration Act (FARA) filings with the Department of Justice.

Collaboration with Tsinghua is also egregious given the college has reportedly launched cyberattacks against the U.S. government, has a “clear connection” to the Chinese government on issues of technology and national security according to the U.S. State Department, and is president Xi Jinping’s alma mater.

Xi retains a close link with the university, having recently met with the institution’s advisory board at the Chinese Communist Party’s Great Hall of the People.